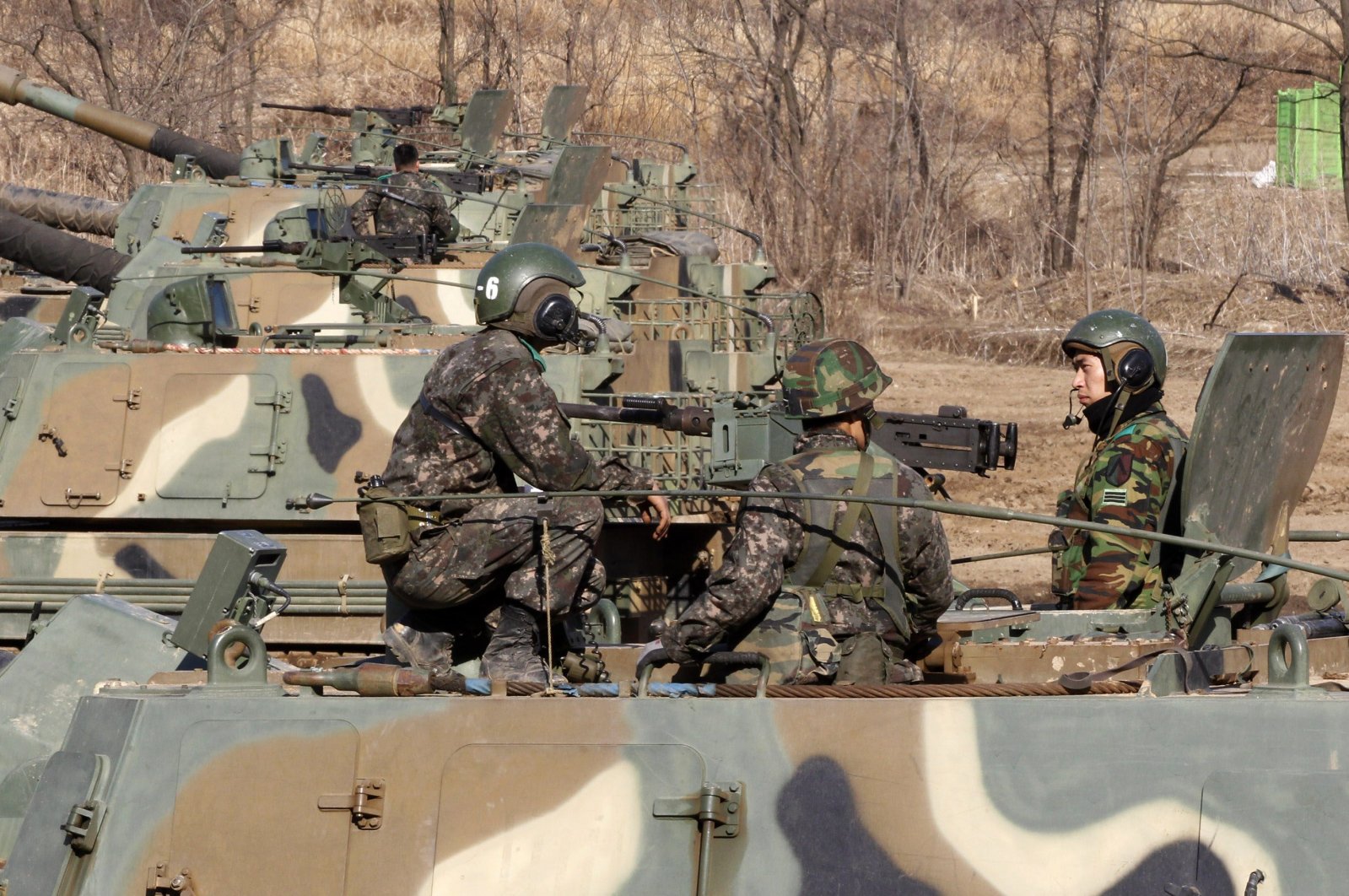 South Korean Army soldiers sit on their K-9 self-propelled artillery vehicle during an exercise against possible attacks by North Korea near the border village of Panmunjom in Paju, South Korea, March 11, 2013. (AP Photo)
by REUTERS May 26, 2020 12:05 pm
RECOMMENDED

Both North and South Korea violated the armistice agreement that governs their shared border when their troops exchanged gunfire on May 3, the U.S.-led United Nations Command (UNC) said on Tuesday.

A multinational UNC special investigation team concluded that troops from both sides had violated the agreement, which has been in place since the 1950-1953 Korean War ended with an armistice rather than a peace treaty.

The UNC, which is commanded by an American general, oversees affairs in the heavily fortified Demilitarized Zone (DMZ) between the two Koreas, which remain technically at war.

North Korean troops in a guard post committed a violation when they fired four rounds of 14.5mm ammunition at a UNC guard post on the southern side of the Military Demarcation Line (MDL) that divides the DMZ, the UNC said in a statement.

South Korean and U.S. officials have said they believe the gunshots were an accident, but the UNC said "the investigation was unable to definitively determine if the four rounds were fired intentionally or by mistake."

North Korean military officials acknowledged the receipt of questions from the investigators, but have not provided an official response, the UNC statement said.

North Korea has not commented publicly on the incident.

South Korean troops also violated the armistice agreement when they fired two volleys of gunfire back toward North Korea half an hour later, the UNC concluded.

South Korea's Defense Ministry did not respond to a request for comment.