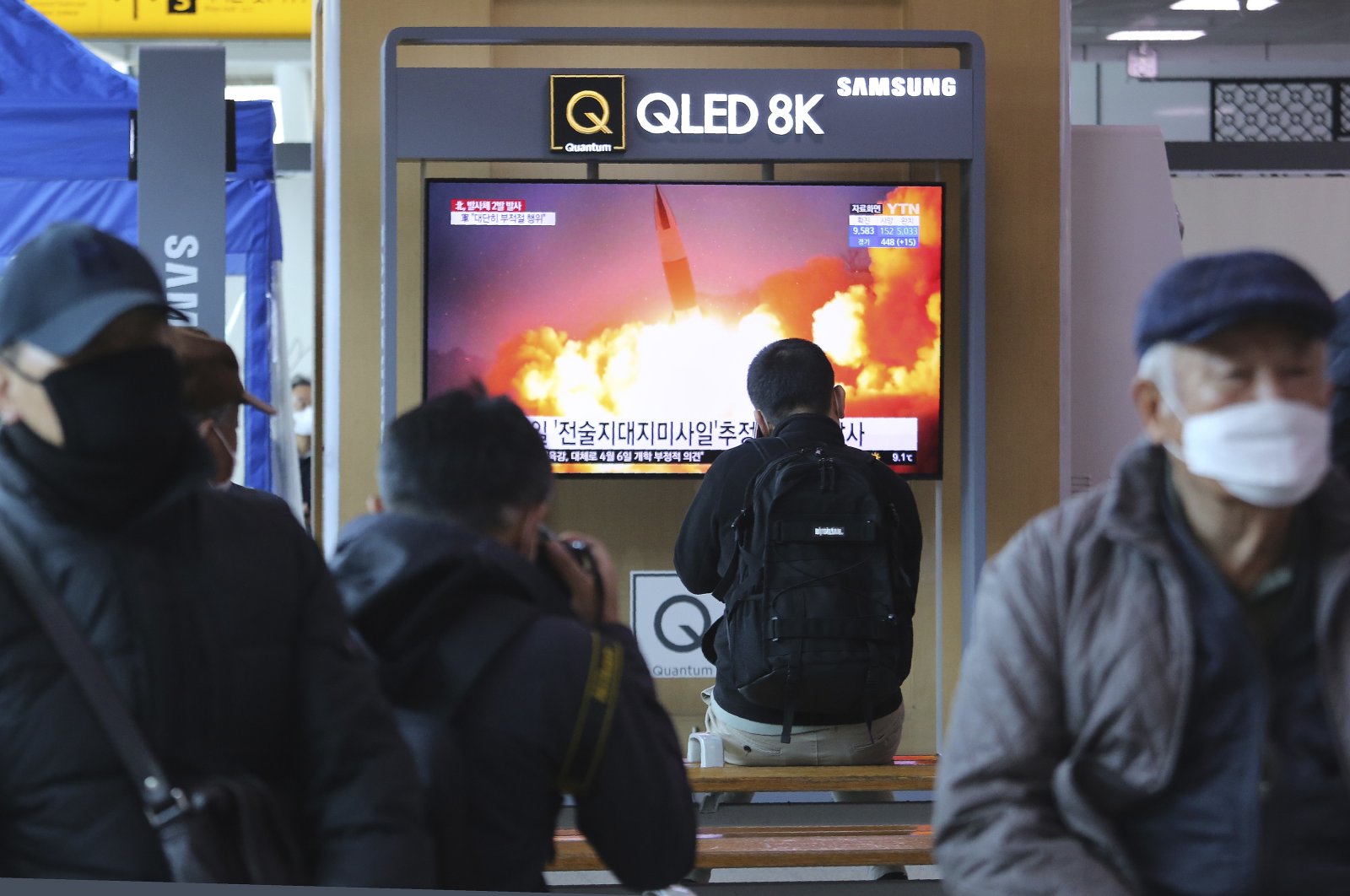 North Korea fired what appeared to be two short-range ballistic missiles off its eastern coast on Sunday, the fourth such launch this month as the world battles the coronavirus outbreak.

The string of weapons drills come as a prolonged hiatus in disarmament talks with the United States drags on, and despite recent overtures from Washington offering help to contain the pandemic.

South Korea's Joint Chiefs of Staff said the North fired the two projectiles, presumed to be ballistic missiles, from the port city of Wonsan into the Sea of Japan, also known as the East Sea.

"Such military action by North Korea is an extremely inappropriate act when the entire world is having difficulties due to the COVID-19 outbreak," they added in a statement.

The nuclear-armed North has yet to issue a statement on Sunday's missiles but attributed its three other launches this month – all of which landed in the Sea of Japan – to "long-range artillery" drills.

It last week fired what Seoul said were two short-range ballistic missiles, describing them as a new "tactical guided weapon."

The report cited Kim's powerful sister Kim Yo Jong, who warned that the apparently good personal relationship between the two leaders would not be enough to foster broader relations.

Trump "explained his plan to propel the relations between the two countries... and expressed his intent to render cooperation in the anti-epidemic work," she said in a statement published by the Korean Central News Agency (KCNA).

North Korea is one of the few remaining countries in the world yet to report a case of novel coronavirus infection.

But the outbreak has turned into a major international crisis, with more than 640,000 confirmed cases and 30,000 dead worldwide.

There has also been widespread speculation that the virus has reached the isolated nation, and health experts have warned that it could devastate the country given its weak medical infrastructure and widespread malnutrition.

Sunday's launch was intended to show the country was running normally during the pandemic, said Kim Dong-yub, a researcher at the Seoul-based Institute for Far Eastern Studies.

Analysts say the North has been continuing to refine its weapons capabilities more than a year after a summit between Kim and Trump broke down in Hanoi.

Negotiations have since been deadlocked over sanctions relief and what the North would be willing to give up in return, despite a high-profile June meeting in the Demilitarized Zone that divides the Korean peninsula.

Pyongyang set a unilateral deadline for Washington to offer fresh concessions by the end of 2019, and in late December Kim declared his country no longer considered itself bound by moratoriums on nuclear and intercontinental ballistic missile tests.

In the past the North has fired missiles capable of reaching the entire U.S. mainland and has carried out six nuclear tests, the most recent of them estimated to be up to 16 times more powerful than the Hiroshima blast.

North Korea is under multiple sets of U.N., U.S. and other sanctions over its weapons programs.

Heightened tensions in 2017 were followed by two years of nuclear diplomacy between Pyongyang and Washington, including three meetings between Kim and Trump, but little tangible progress was made.