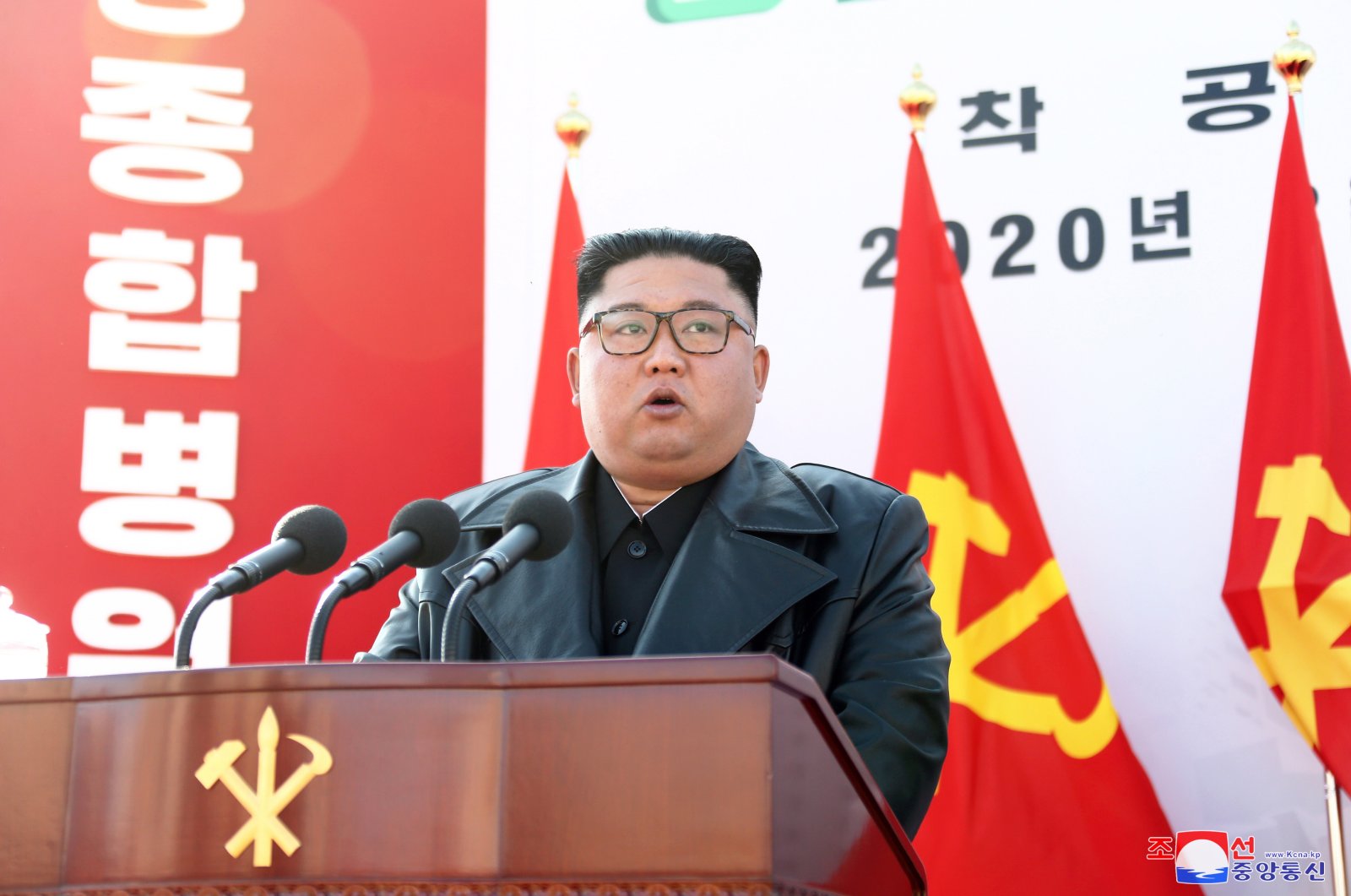 A photo released by the official North Korean Central News Agency (KCNA) shows shows North Korean leader Kim Jong-un delivering a speech on the occasion of the 75th founding anniversary, at the ground-breaking ceremony of for the construction of the Pyongynag Hospital, 17 March 2020 (issued 01 May 2020). (EPA Photo)
by Daily Sabah with Wires May 02, 2020 12:27 am

According to the agency, Kim attended the opening ceremony of a fertilizer plant in the town of Sunchŏn.

The nearly three-week absence of Kim has inspired speculation and rumors that he was gravely ill.

Conflicting reports over the past week have said Kim is either “gravely ill,” “in a vegetative state” or “perfectly fine” following heart surgery that may or may not have happened.

Kim Jong Un was last seen in public on April 11 when he presided over a ruling party meeting on coronavirus prevention.

He even missed the April 15 birthday celebration for his late grandfather Kim Il Sung for the first time since taking power in 2011.

State media have since reported his engagement in routine, but non-public activities.

They say he has sent greetings to the leaders of Syria, Cuba and South Africa and expressed gratitude to citizens of merit, including workers building tourist facilities in the coastal town of Wonsan, which is where some speculate he is staying.