'Not a disruptive object': South Korea to allow entry for guide dogs 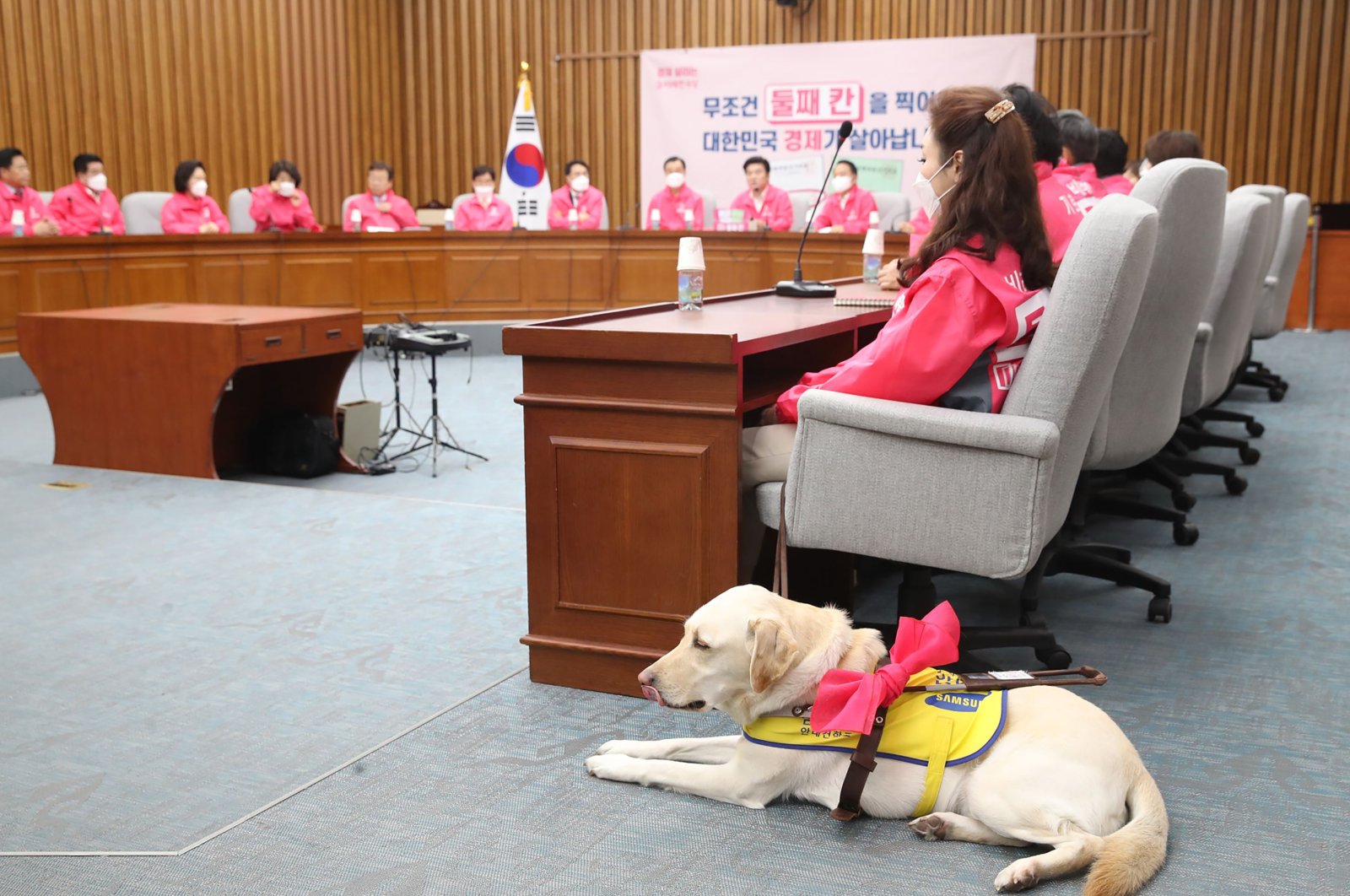 South Korea's parliament is likely to allow guide dogs entry to the chamber, officials said Monday, 16 years after they were banned under a rule prohibiting "disruptive objects or food."

The ruling should allow Kim Ye-ji, a blind pianist who earned a seat last week as a proportional representative member of parliament for the opposition Future Korea party, to be accompanied by her labrador retriever guide dog, Joy.

The country's first blind member of parliament, Jung Hwa-won, was prohibited in 2004 from being accompanied by his guide dog and had to be helped by a human assistant.

But newcomer Kim protested on her Facebook page on Saturday, and her cause won support from parliamentarians of all stripes.

"A guide dog is the eyes of a blind person and a partner, not a disruptive object or food," she wrote.

Assembly officials told Agence France-Presse (AFP) that a final decision would be up to the incoming speaker, but added that they were "likely to grant entry."

"We are making preparations assuming Joy will be allowed in," an official said.

The relationship of Koreans to dogs has changed markedly over the years.

Around 1 million dogs are still eaten every year in South Korea, where the meat is part of traditional cuisine, but consumption has declined as people embrace the idea of canines as pets instead of food.

A 2017 survey found that 70% of South Koreans do not eat dog, but only about 40% believe the practice should be banned.