NZ mosque shooter objects his status as only 'terrorist' of country 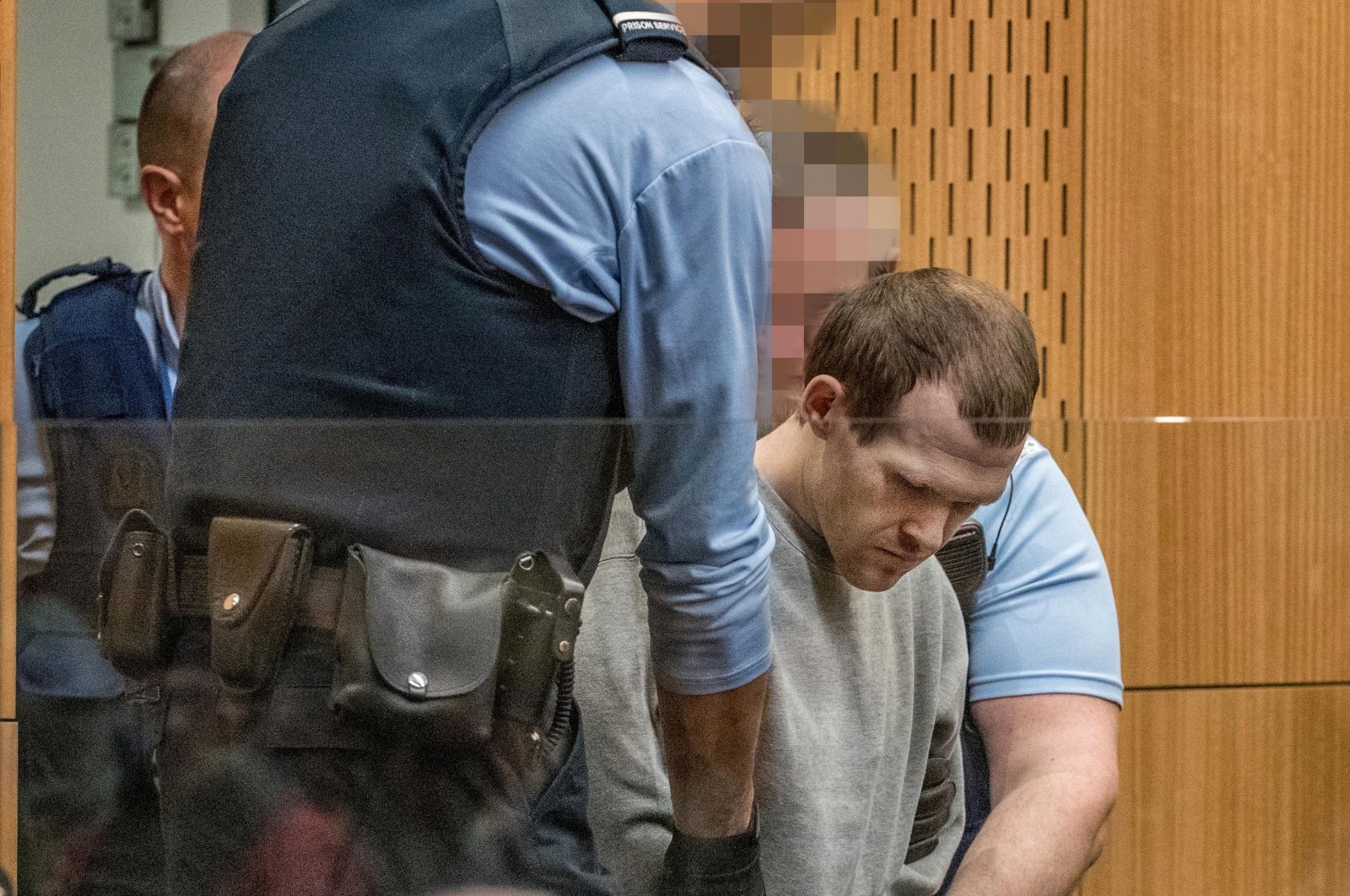 Brenton Tarrant, who shot and killed worshippers in the Christchurch mosque attacks, is seen during his sentencing at the High Court in Christchurch, New Zealand, Aug. 25, 2020. (REUTERS Photo)
by REUTERS Apr 14, 2021 11:50 am

Brenton Tarrant, the terrorist who killed 51 Muslim worshippers in Christchurch New Zealand in 2019, has launched a legal challenge seeking a review of his prison conditions and his status as a "terrorist entity," being the only person to be designated a terrorist in the country.

White supremacist terrorist Brenton Tarrant was sentenced in August to jail for life without parole for the murder of 51 people and attempted murder of 40 others at two mosques in Christchurch on 15 March 2019, the worst mass shooting in the country's history.

Tarrant, an Australian national, is the only person in New Zealand to be officially designated the status of terrorist.

A judicial review will be held at the High Court in Auckland Thursday to clarify the issues Tarrant wishes to raise, New Zealand court authorities said.

Preliminary information provided to court officials indicate that Tarrant wishes the court to review decisions made by the Department of Corrections about his prison conditions, and also his designation as a "terrorist entity" under the Terrorism Suppression Act.

The hearing will have no bearing on the outcome of the criminal case against Tarrant, or his conviction and sentence, the court said.

Court records show Tarrant will be representing himself.

The victim's families and the survivor community were notified about the hearing Wednesday. It will not be open to the public but the media is permitted to attend.