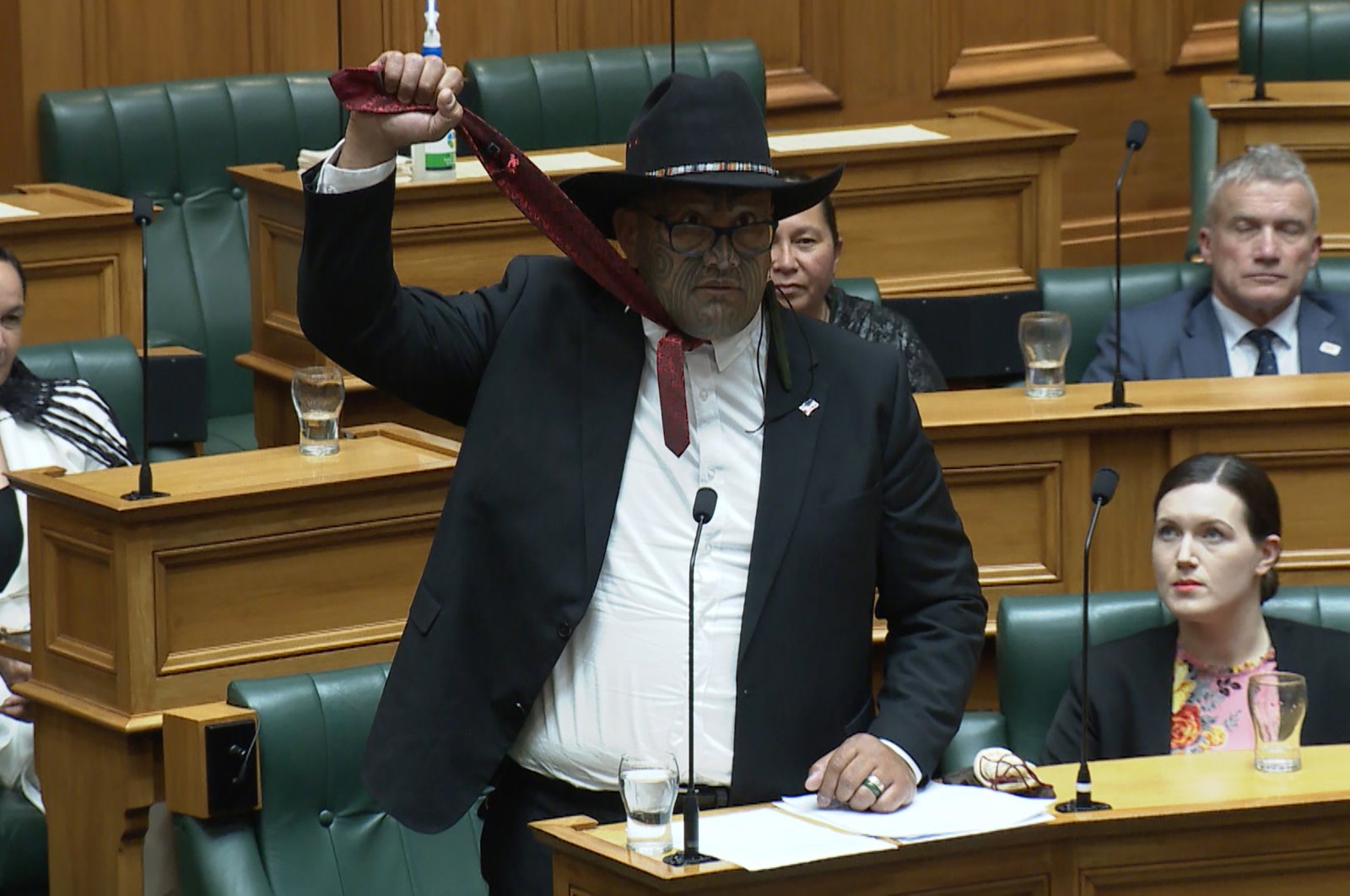 A Maori politician in New Zealand was booted from parliament this week for refusing to wear a necktie, or "colonial noose" in his words, claiming that the dress code was used as a tool to suppress Indigenous culture.

Speaker Trevor Mallard twice prevented Rawiri Waititi from asking questions in the debating chamber on Tuesday, insisting that members of parliament could only ask a question if they were wearing a tie.

Waititi, 40, who became a parliamentarian for the first time in the election last October, was wearing a taonga, a Maori greenstone pendant instead.

When Waititi continued with his question after being stopped a second time, Mallard ordered him to leave.

"It's not about ties, it's about cultural identity, mate," Waititi said as he exited the chamber.

Speaker Mallard said that while ties were outdated in his view, an overwhelming majority of members asked that the rule be retained in consultations on the issue in the last few months.

The incident kicked off a debate about colonialism in New Zealand, and sparked outrage from around the world with #no2tie soon trending on Twitter.

Speaking to Reuters on Wednesday, Waititi said he was not surprised by the treatment of the speaker as Maori people had been facing this type of treatment for hundreds of years.

"Maori have not been treated equal in its own country and indigenous people all over the world have been subjected to discrimination due to racist systems that keep our peoples in second place," he said.

Waititi wore the same attire to parliament on Wednesday and this time he was permitted to speak.

"The noose has been taken off our necks, and we are now able to sing our songs," Waititi said in the interview.

The New Zealand parliament is the most inclusive ever elected in the country. Nearly half of the 120 seats in parliament are held by women.

It has an 11% LGBTQI representation and 21% Maori representation. The parliament saw its first member of Parliament of African origin and of Sri Lankan origin after the election last October.

But Waititi, who has called ties "a colonial noose," said there is still systemic racism in New Zealand, and this was a product of colonization.

Maori are over-represented in prisons, the majority of children in state care are Maori and poverty and unemployment are rife in the community.

Asked to comment, Prime Minister Jacinda Ardern said that it was not something she had a strong opinion on.

"There are much more important issues for all of us," Ardern said.

Later Wednesday evening, Mallard announced that the tie rule had been overturned.