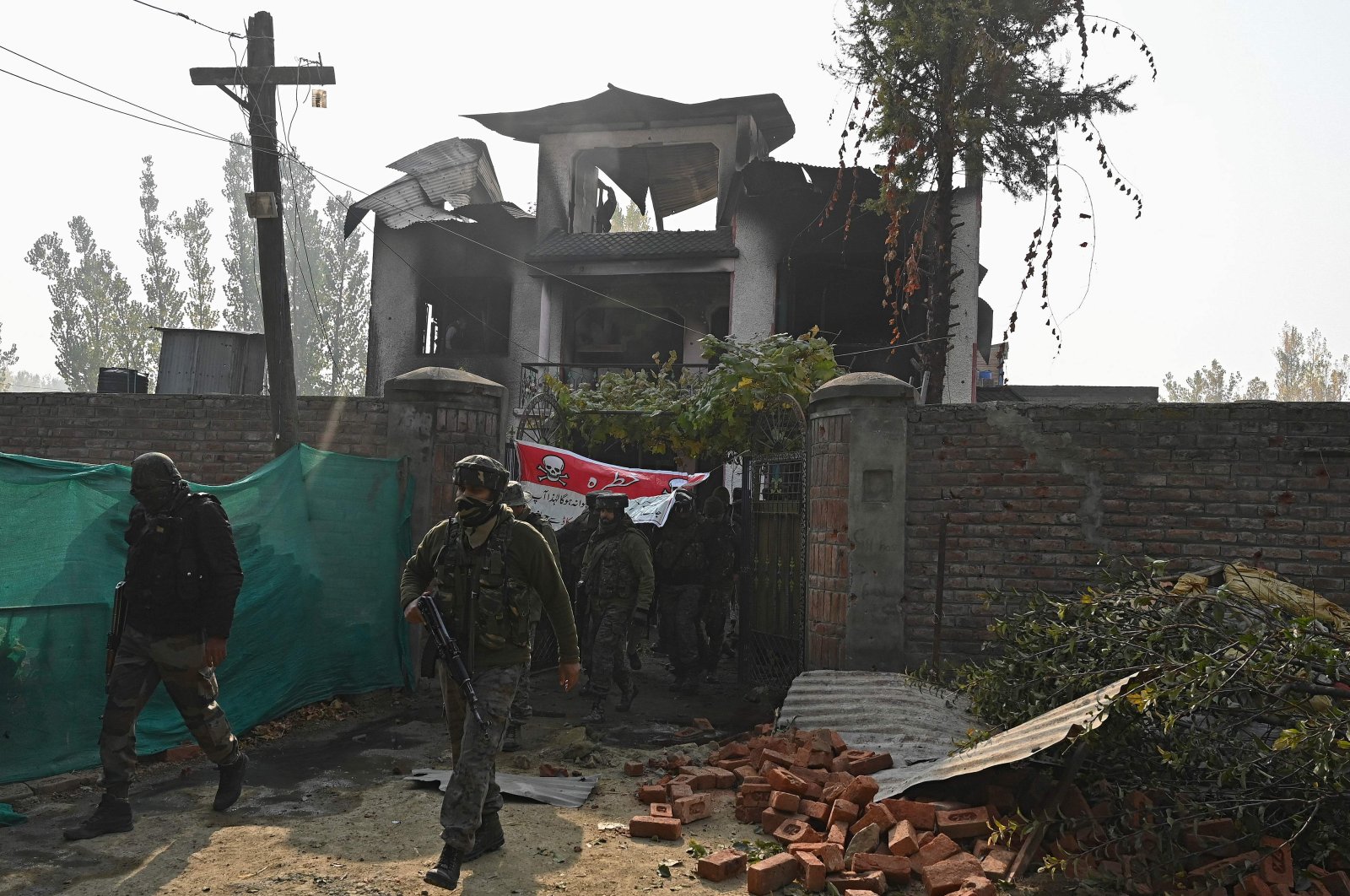 Indian security personnel walk outside a damaged house in the Budgam district on the outskirts of Srinagar, Jammu and Kashmir, Oct. 28, 2020. (AFP Photo)
by Daily Sabah with Reuters
Oct 28, 2020 1:07 pm

India introduced new amendments to a law in Jammu and Kashmir allowing Indian citizens to buy land in the disputed territory, sparking criticism about a steady erosion of the rights of Kashmiri people.

A notification issued on Tuesday by the country's interior ministry under the new law, the Union Territory of Jammu and Kashmir Reorganization (Adaptation of Central Laws) Third Order, 2020, stated that the term "being a permanent resident of the state" as a criterion has been "omitted," paving the way for even non-Kashmiri Indians to purchase land in the Himalayan region. Before Tuesday's notification, only "permanent residents" of Indian-occupied Kashmir could buy property in the region.

"The amendments have put Jammu and Kashmir up for sale ...These new laws are unacceptable to people of J&K," said former Chief Minister Omar Abdullah, one among the 5,000 people detained last year ahead of the scrapping of Jammu and Kashmir's autonomy.

The region enjoyed a special status, guaranteed by the Indian constitution, which allowed it to make its own rules about permanent residency and property ownership until last year. On Aug. 5, 2019, Indian Prime Minister Narendra Modi's government took away Jammu and Kashmir's special privileges, provoking anger in the region and in neighboring Pakistan. It also took away its status as a state by creating two federally controlled territories, splitting off the thinly populated, predominantly Buddhist region of Ladakh.

Kashmiri leaders and citizens fear this step is an attempt by the Indian government to change the demography of the Muslim-majority state, where groups have been fighting against Indian rule for independence, or for unification with neighboring Pakistan. The removal of Jammu and Kashmir's special status, granted to the state via the Indian Constitution's Article 370, was accompanied by harsh restrictions on movement, mass detentions and a complete communication blackout.