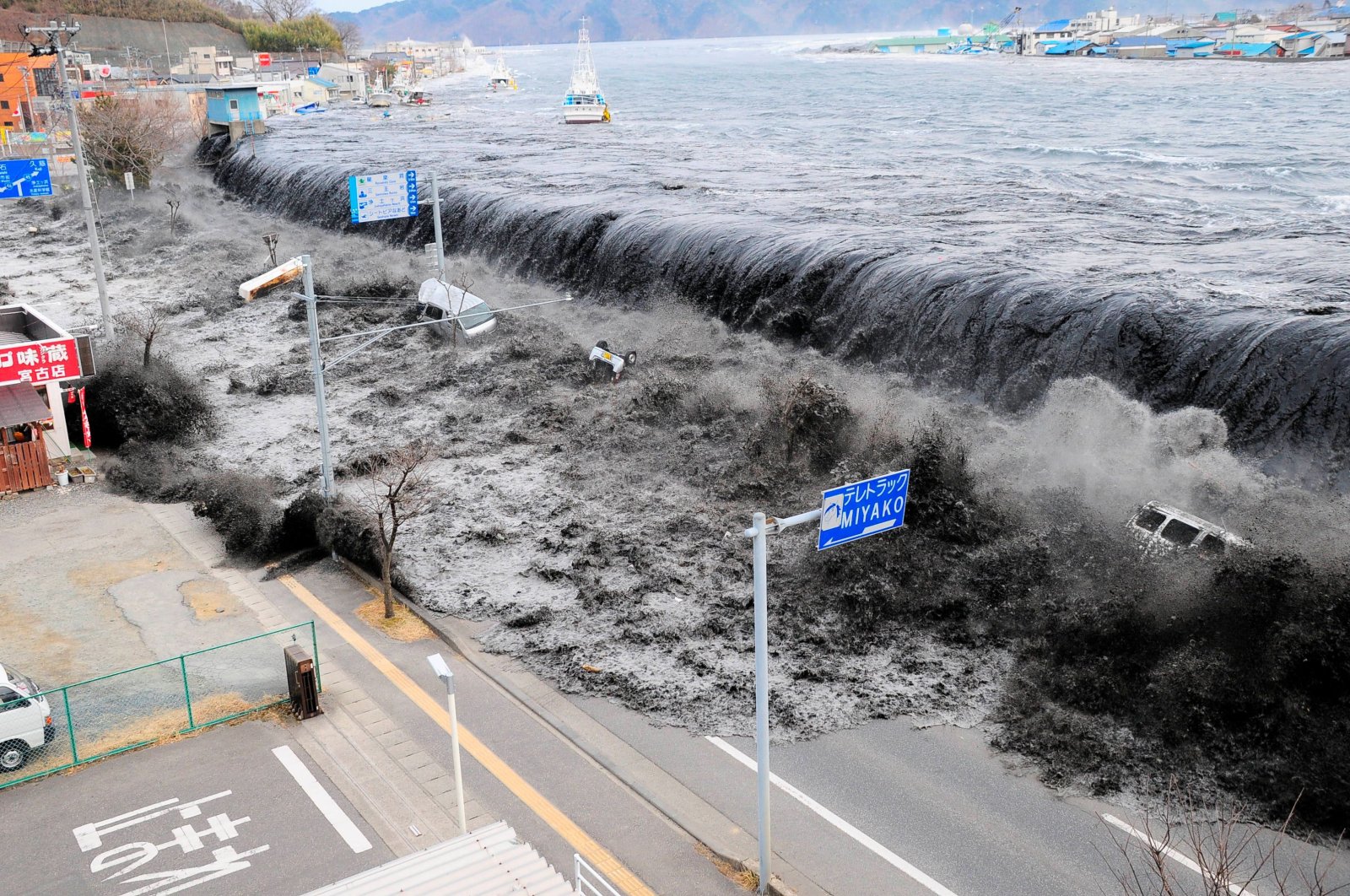 In this file photo a wave approaches Miyako City from the Heigawa estuary in Iwate Prefecture after the 8.9 magnitude earthquake struck the area on March 11, 2011. (Reuters)
by Agencies Mar 05, 2021 12:08 am

A Pacific-wide tsunami alert was issued Friday after an 8.1-magnitude earthquake struck near New Zealand's remote Kermadec islands – the third powerful quake to hit the region in a day.

New Zealand ordered coastal evacuations as the Pacific Tsunami Warning Center warned waves of up to three meters (10 feet) were possible in the Pacific region nations of Vanuatu and the French territory of New Caledonia.

"Based on all available data, hazardous tsunami waves are forecast for some coasts," it said.

It said smaller waves were possible as far afield as Japan, Russia, Mexico and the South American coast.

According to Agence France-Presse (AFP), the National Emergency Management Authority urged New Zealanders near the east coast of the North Island to evacuate due to the risk of a tsunami.

People in Northland, the East Cape and on Great Barrier Island needed to "move immediately" to higher ground or as far inland as possible, the authority said.