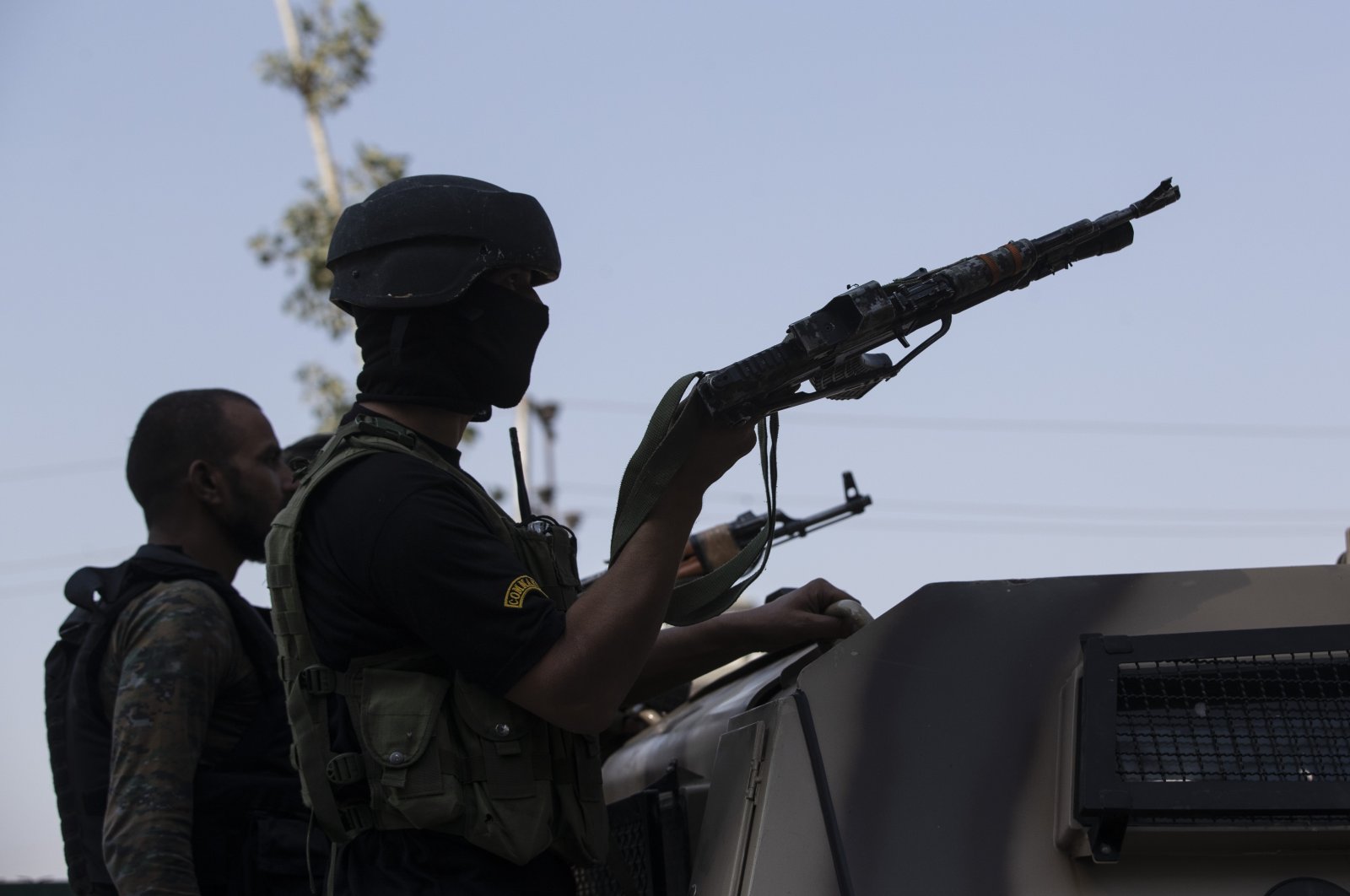 Indian government forces hold their weapons as they return after a gunfight with suspected rebels in Srinagar, Indian controlled Kashmir on Oct. 12, 2020. (AP Photo)
by ASSOCIATED PRESS
Oct 15, 2020 12:27 pm

Pakistan summoned a senior Indian diplomat to its Foreign Ministry on Thursday to complain about what Islamabad says was "indiscriminate and unprovoked firing" by India in the disputed Himalayan region of Kashmir.

Meanwhile, India said it was Pakistan that fired the first shot.

Lt. Col. Devender Anand, an Indian army spokesman, said an unprovoked attack by Pakistani troops targeted Indian positions in southern Poonch district in India-administered Kashmir. He said there were no casualties on the Indian side and India retaliated "befittingly."

Pakistan and India routinely accuse each other of unprovoked attacks along the tense Kashmir frontier in violation of a 2003 cease-fire agreement. Kashmir is split between the nuclear-armed rivals, and both claim it in its entirety. They have fought two wars over Kashmir since their independence from British colonial rule in 1947.

They also came dangerously close to what could have escalated into a nuclear conflagration in 1999.

The decades-old dispute over Kashmir took a further tumble downward in 2019 when the Indian government removed the special status of the part of Kashmir under its control.

Until then, New Delhi had recognized the Muslim-majority territory as disputed, in line with United Nations resolutions.

The removal of the special status was accompanied by a harsh lockdown across the Indian-controlled part of Kashmir.

India, for its part, accuses Pakistan of sponsoring and sending anti-Indian insurgents across the disputed border to wage a guerrilla war with Indian troops deployed there.

Pakistan says it gives only diplomatic and political aid, but several of the anti-Indian insurgent groups have had headquarters in Pakistan.

While they have been outlawed by the Pakistan government, some have been resurrected under new names.

According to Pakistan's count, India has committed 2,530 cease-fire violations so far this year, killing 19 civilians and injuring 197 others. India has charged Pakistan with 3,400 violations. There has been no independent confirmation of either country's figures.