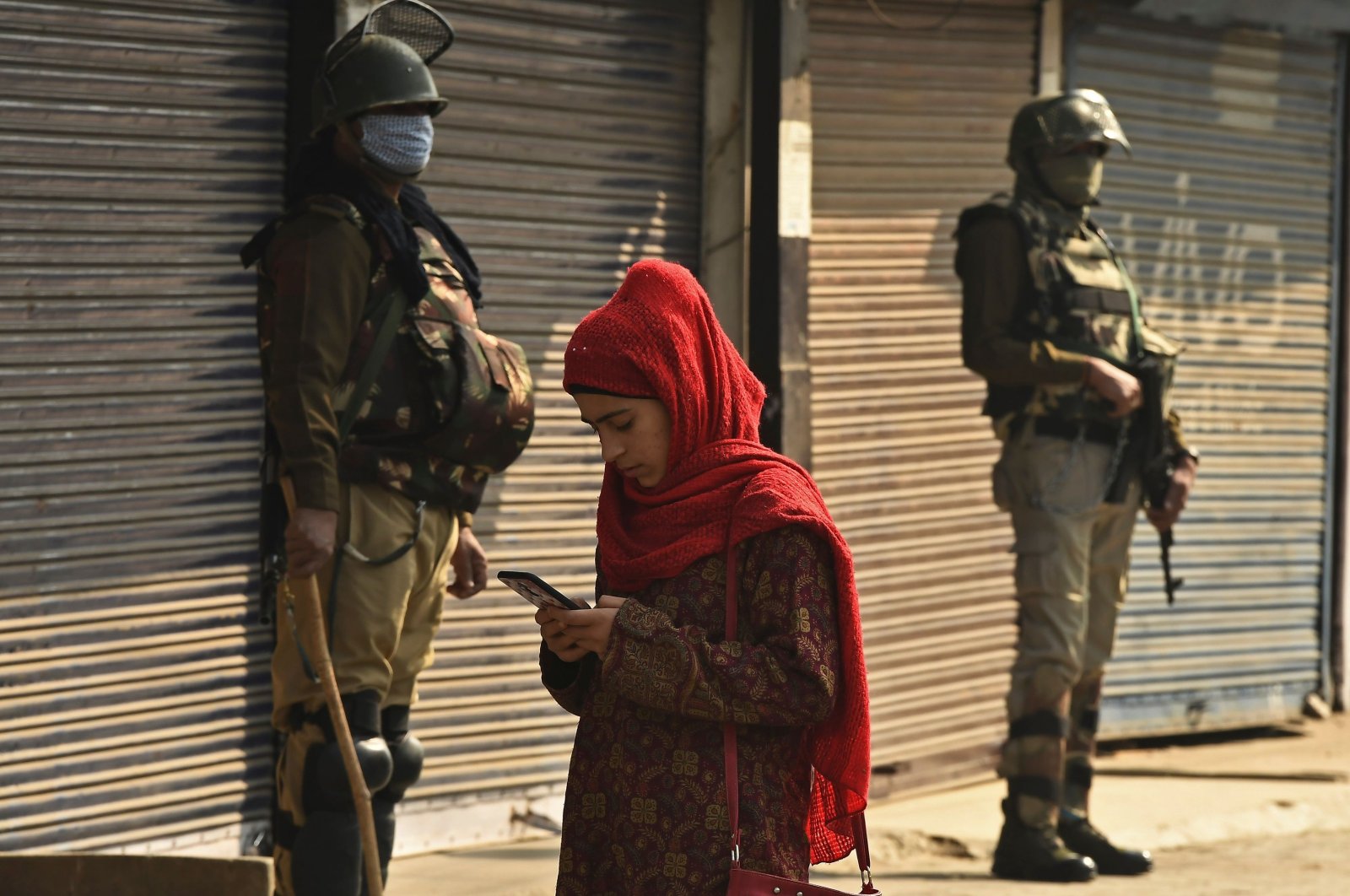 A resident walks past Indian army soldiers standing guard next to closed shops during a one-day strike called by the All Parties Hurriyat Conference (APHC) against the Indian government's decision to open Kashmir land for all Indians, in Srinagar, Jammu and Kashmir, India, Oct. 31, 2020. (AFP Photo)
by Agencies
Nov 02, 2020 2:50 pm

Pakistan has administered the area, now known as Gilgit-Baltistan, since shortly after the country's birth in 1947, while New Delhi asserts the mountainous territory bordering China and Afghanistan is an integral part of Kashmir that belongs to India. Meanwhile, China has spent years developing infrastructural projects in Gilgit-Baltistan, home to an estimated 1.3 million people, including a long stretch of the Karakoram Highway, a key component to the China-Pakistan Economic Corridor (CPEC) infrastructure development plan worth $65 billion, according to Reuters.

"We have decided to grant provisional provincial status to Gilgit-Baltistan, which was a long-standing demand here," Khan said in a speech in Gilgit city Sunday, adding that any change in status would require a constitutional amendment in Pakistan, which must be passed by two-thirds of Pakistan's parliament. If finalized, it would make Gilgit-Baltistan Pakistan's fifth province.

"Such attempts by Pakistan, intended to camouflage its illegal occupation, cannot hide the grave human rights violations, exploitation and denial of freedom for over seven decades to the people residing in these Pakistan-occupied territories," Srivastava said in a statement.

Both sides control parts of Kashmir, which is divided by a United Nations-mandated "Line of Control." Two of the three wars the rival neighbors have fought since independence have been over Kashmir, which is home to the shrinking Himalayan glaciers viewed as a vital lifeline to the water-stressed countries. U.N. observers are still stationed in the region.

Kashmir has held vague constitutional status in both countries since 1947 to accommodate for a United Nations Security Council (UNSC) resolution on the dispute. While the full details were not immediately disclosed, Khan's proposal appears to likely bring the region closer to the status of Pakistan's other federal provinces.