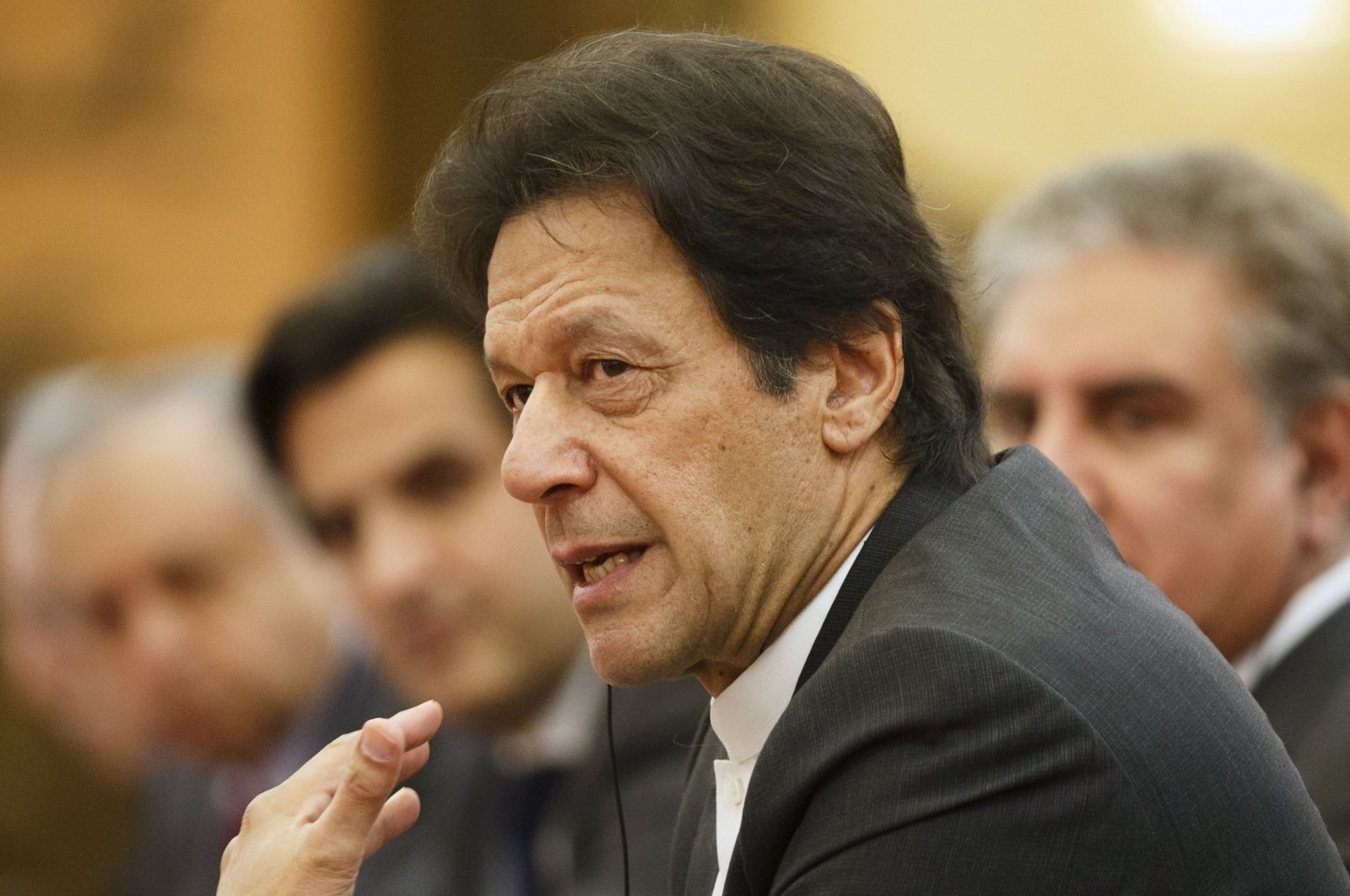 The defining situation in Palestine is "exactly the same situation" in Indian-administered Kashmir, Pakistani Prime Minister Imran Khan said Wednesday, stressing that his country cannot recognize Israel and what Israel has done to Palestine.

In an interview with a Turkish television station, Khan said there are two reasons why Pakistan cannot recognize Israel.

"The situation in Kashmir is exactly the same situation in Palestine. If we recognize Israel's takeover of Palestine territories, then we also have to recognize what India has done in Kashmir, so we completely lose moral standing," he said.

Responding to a question on anti-Muslim hatred in the West, Khan said there are Western leaders who have exacerbated Islamophobia since they do not understand how Muslims feel about the Prophet Muhammad or the holy Quran.

Israel and the United Arab Emirates (UAE) signed a U.S.-sponsored deal last September to normalize their relations, a move that was followed by deals with Bahrain, Sudan and Morocco. The normalization agreements have drawn widespread condemnations from Palestinians, who say the accords ignore their rights and do not serve the Palestinian cause.

"I saw the evolution of Islamophobia in Western countries," Khan stated, referring to his education in the U.K. Stressing the "gap of misunderstanding" between Muslim and Western societies on the issue, he said Muslim leadership should have played a more active role in explaining how Muslims prioritize their religion, the holy book and the prophet.

"We, heads of Muslim states, should stress on the world boards in the EU, (United Nations), world forums; we should stress what the Muslim world feels for a prophet, and we should explain to them that please do not use freedom of speech and make caricatures of the prophet because it causes immense pain," he said, responding to a question on how anti-Muslim hatred would end in Western societies.

Touching on ties between Turkey and Pakistan, Khan recalled the "historical linkage" between the two countries and said they will not forget the support and help Turkey has given to Pakistan on the Kashmir issue. Kashmir, a Muslim-majority region in the Himalayas, is held by India and Pakistan in parts and claimed by both in full. A small sliver of Kashmir is also held by China.

Mentioning that his relationship with Turkish President Recep Tayyip Erdoğan is based on common values, he stressed that trade is one of the issues that the two countries could increase.

"Turkey has just become a force since Erdoğan took power," Khan said, referring to the transformation of Turkey during Erdoğan's time like Malaysia was transformed under former Prime Minister Mahathir Mohamad.