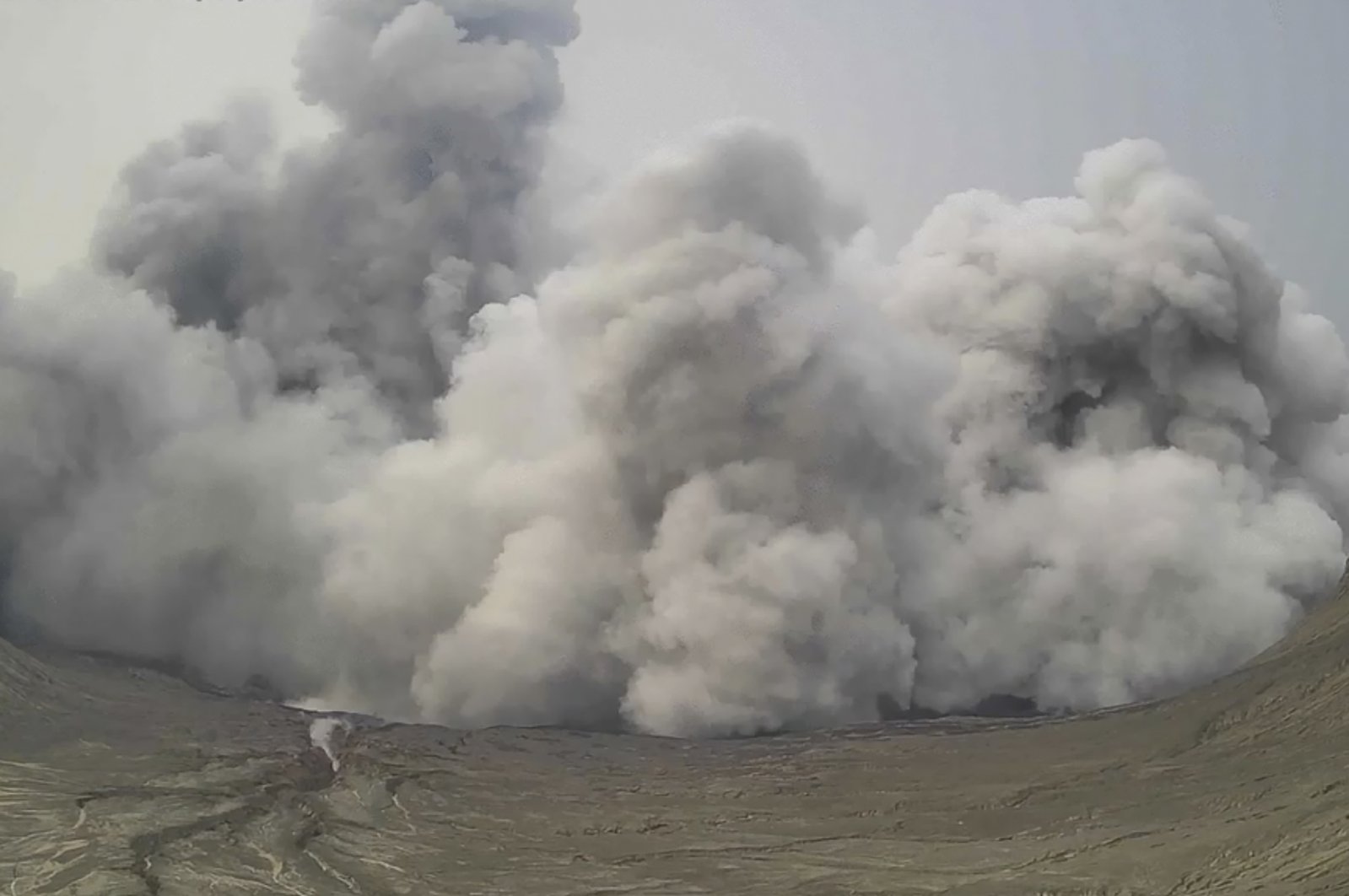 The Philippines ordered the evacuation of thousands of people and raised alert levels as volcano Taal near the capital belched a dark plume of steam and ash into the sky in a brief explosion Thursday.

Government experts said magmatic materials came into contact with water in the main crater of Taal Volcano in Batangas province, setting off the steam-driven blast with no accompanying volcanic earthquake. They said it is unclear if the volcanic unrest could lead to a full-blown eruption.

"It’s just one explosive event; it’s too early to tell,” Renato Solidum of the Philippine Institute of Volcanology and Seismology said at a news conference, adding similar steam-driven explosions may occur.

The agency raised the alarm of the 1,020-foot (311-meter) Taal, one of the world’s smallest volcanoes, to the third of a five-step warning system, meaning "magma is near or at the surface, and activity could lead to a hazardous eruption in weeks.”

Up to 14,000 residents may have to be moved temporarily away from the restive volcano, he said.

Officials reminded people to stay away from a small island in a scenic lake where Taal is located and is considered a permanent danger zone along with a number of nearby lakeside villages.

Taal erupted in January last year, displacing hundreds of thousands of people and sending clouds of ash to Manila, about 65 kilometers (40 miles) to the north, where the main airport was temporarily shut down.

The Philippines lies along the Pacific "Ring of Fire,” a region prone to earthquakes and volcanic eruptions.

A long-dormant volcano, Mount Pinatubo, blew its top north of Manila in 1991 in one of the biggest volcanic eruptions of the 20th century, killing hundreds of people.