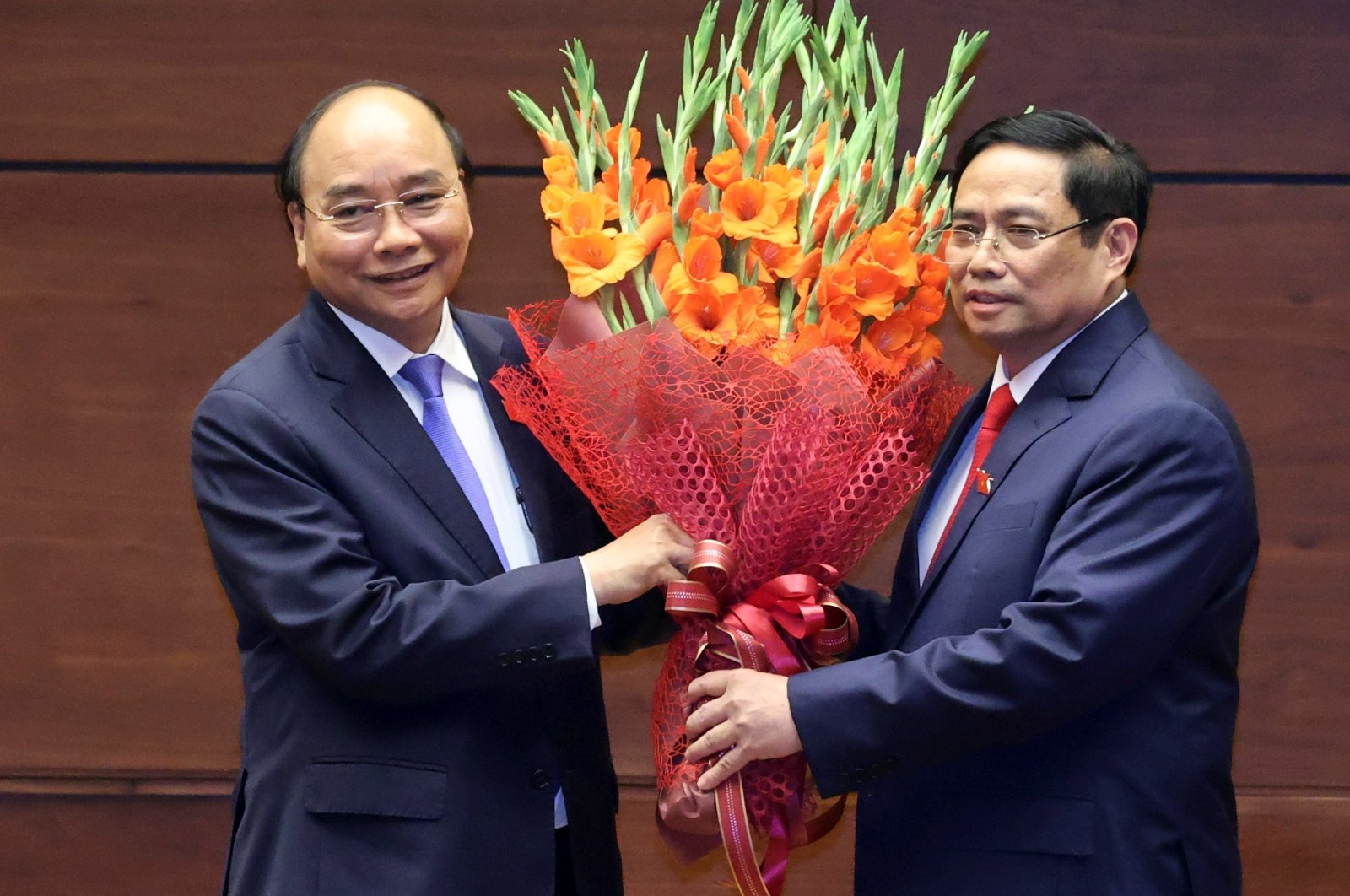 In a transition period, Vietnam's National Assembly on Monday has officially confirmed the country's new president and prime minister as Nguyen Xuan Phuc and Pham Minh Chinh took their oaths for their respective state roles in an official ceremony.

Pham Minh Chinh, a 62-year-old career security official, was the sole nominee put forward by the ruling Communist Party for the post of prime minister at a congress earlier this year. He won 96.25% of the vote at an official National Assembly vote on Monday.

He was formerly head of the party's powerful and influential Central Organisation Commission, which has long reach across party ranks. Chinh was previously party chief of the northern province of Quang Ninh and deputy head of the Ministry of Public Security, the country's powerful internal security agency.

He will be the first Vietnamese prime minister not to have previously served as a deputy prime minister since the launch of Vietnam's progressive "Doi Moi" reforms, reported Reuters.

Meanwhile, Phuc, who has been the prime minister of Vietnam for the past five years, took the office of presidency following secret voting in which he received the maximum votes among the almost 500-member rubber-stamp national assembly.

"This is his well-deserved award," said Nguyen Khac Giang, a Vietnamese politics expert from New Zealand's Victoria University of Wellington about Phuc who was the only candidate.

The National Assembly said earlier this was "the first time ever a prime minister was nominated to the position of the president." After his swearing in, Phuc told the nation he was "lucky and honored" to be given the position.

Vietnam has no paramount ruler and is officially led by four "pillars," which are the powerful general secretary of the Communist Party, a state president, a governing prime minister and the chair of the National Assembly, a largely rubber-stamp legislature.

The main candidates for each post had all been widely known in Hanoi's political circles but were officially declared top secret in December last year in order to discourage potentially critical debate.

The country is in the midst of its twice-a-decade leadership transition, with 76-year-old Nguyen Phu Trong reelected in January as party general secretary, the most important of the roles.

Although the presidency is largely a ceremonial role, "Mr. Phuc will now be the second-ranked member in the party, which makes a strong case for him to claim the general secretary post if Mr. Trong has to step down earlier than expected," Giang told Agence France-Presse (AFP).

According to Giang, Phuc's experience of "well managing Vietnam's relationship with the U.S. under the turbulent administration of Donald Trump" will stand him in good stead for his foreign affairs responsibilities as president.