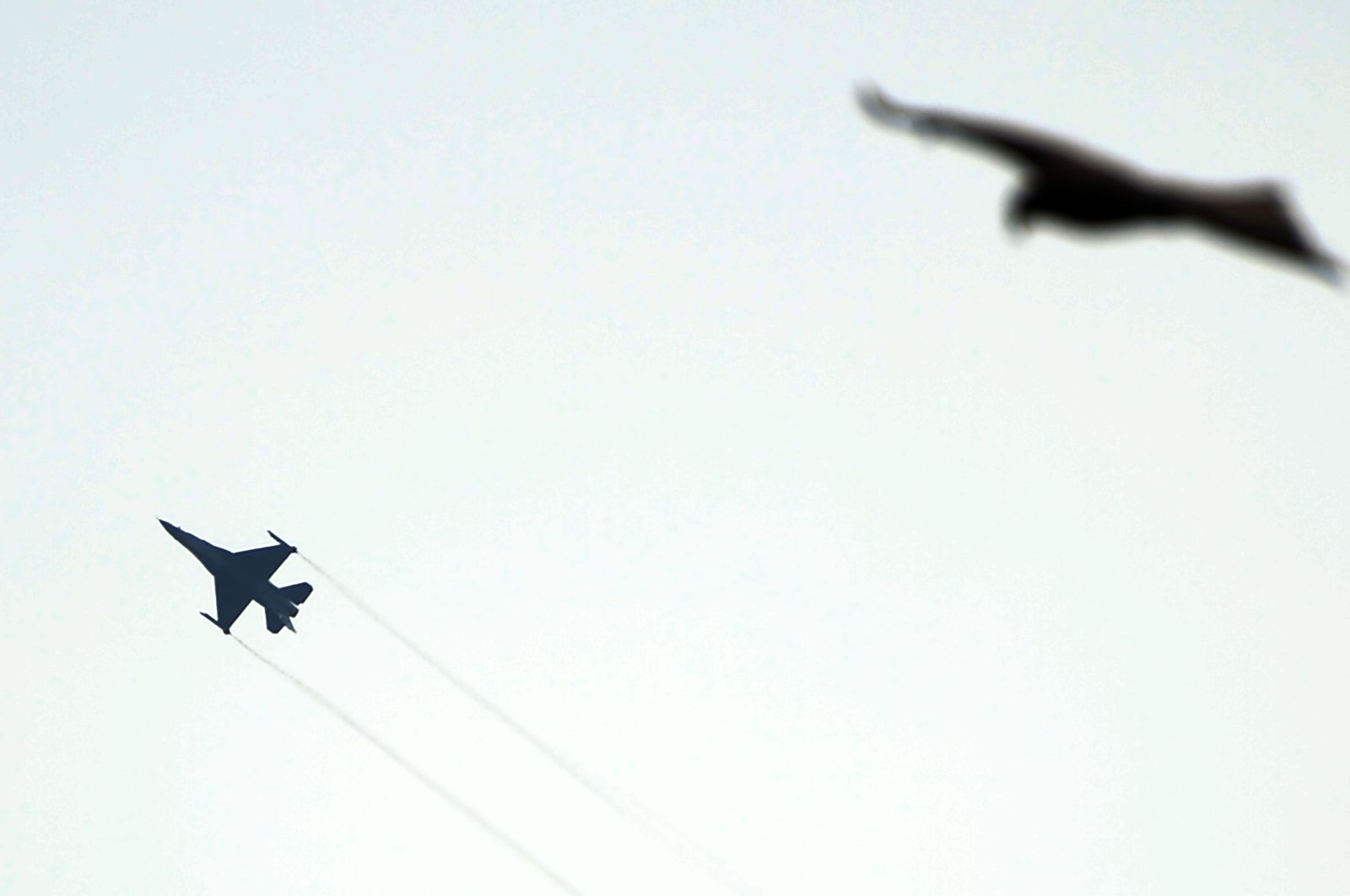 A Pakistani F-16 fighter makes a manoeuvre before crashing during a rehearsal ahead of Pakistan Day military parade in Islamabad on March 11, 2020. (AFP Photo)
by Associated Press Mar 11, 2020 12:06 pm
RECOMMENDED

A Pakistani fighter pilot died Wednesday when his F-16 jet crashed in a wooded area near the capital while practicing aerobatic maneuvers ahead of this month's National Day celebrations, Pakistan's air force said.

There were no casualties on the ground or damage to property, according to an air force statement. Pakistan's President Afif Alvi expressed his condolences to the family of the pilot, Noman Akram.

Footage on social media and local TV stations showed black smoke rising from a tree-filled area under overcast skies. One video appeared to show the plane pulling out of a steep dive before heading behind a hill, then the roar of the jet engine ends in a thump followed by a ball of fire.

Pakistani authorities rarely release details of military training crashes, which are relatively common. In January, a FT-7 jet trainer went down in the eastern Punjab province, killing the two pilots.

Last July, 19 people died when a Pakistani military aircraft crashed into a residential area on the outskirts of the garrison city of Rawalpindi, most of them in their homes.

The crash came ahead of the March 23 National Day celebration, which last year featured short- and long-range missiles, tanks, jets, drones and other hardware.

Pakistan’s air force has been on high alert since last February, when India launched airstrikes inside Pakistan. The strikes targeted Pakistan-based militants responsible for a suicide bombing that killed 40 Indian troops in Indian-administered portion of Kashmir.

At the time, Pakistan retaliated and shot down two Indian air force planes. One Indian pilot was captured and later released. But tensions have continued to remain high between the two nuclear-armed neighbors over the disputed Kashmir region, which is divided between them and claimed by both in its entirety.

Pakistan and India have fought two of their three wars over Kashmir after gaining independence from Britain in 1947.