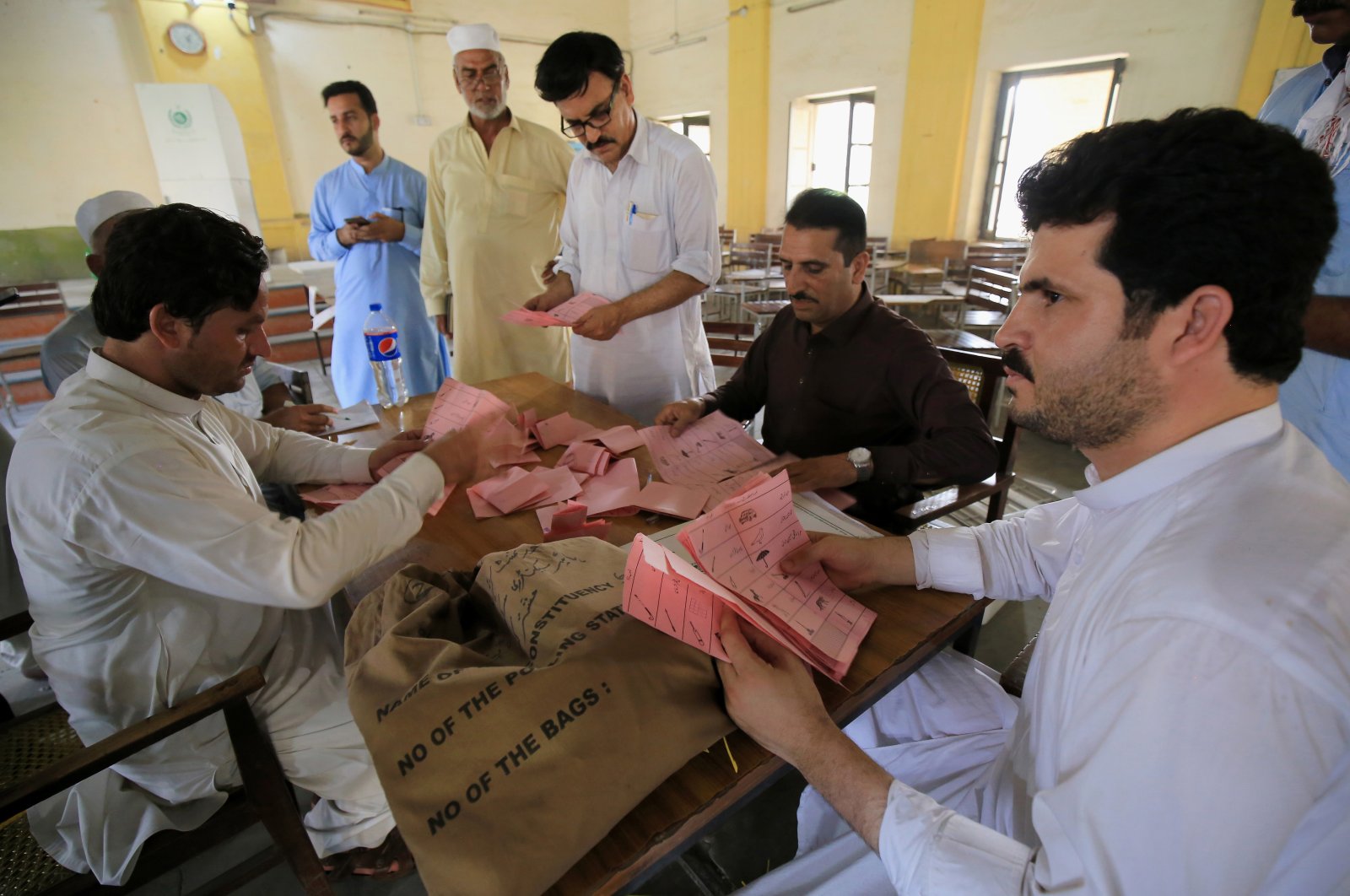 The center-left Pakistan Peoples Party (PPP) won 11 seats, while the outgoing ruling party in Kashmir, the Pakistan Muslim League (Nawaz), secured six. The Muslim Conference and Jammu and Kashmir Peoples Party got one seat each.

More than 60% of the total 3.2 million voters cast their ballots to elect the 53-member AJK assembly for a five-year term, according to election officials. The vote was held for 45 general seats, while the remaining eight will be divided among the political parties on the basis of their victory ratio for general seats.

A party needs a simple majority of 27 seats to form a government.

The PTI is likely to cross the 30-seat mark after elections for the reserved seats, which are divided according to the parties' position in general elections. Since 1975, the party ruling in Islamabad has won elections in AJK.

Earlier, the army was called in following clashes between rival political activists in several parts of the valley and in Pakistan as voting to elect the new state assembly was suspended at dozens of polling stations for hours.

At least two people were killed and several injured in an armed clash between activists of the PTI and PPP at a polling station in Kotli district, according to Express News, a local broadcaster.

Those killed are said to be employed by the PTI.

Sulehria told reporters that army troops were sent to violence-hit areas to restore law and order.

Opposition parties, mainly the PPP and Nawaz, accused the election commission and the administration of not taking action against "vote rigging" in the PTI's favor.

The PTI denied the charge and accused the opposition parties of attacking its workers and polling agents.

More than 700 candidates from 32 political and religious parties vied for 45 general seats. Out of the eight reserved seats, five are for women and three – one each – for religious scholars, technocrats and overseas Kashmiris. The members of these seats are nominated after the elections.

Out of the 45 general seats, 12 are reserved for Kashmiri refugees who migrated from Indian-administered Kashmir in 1947 and 1965 and settled in various parts of Pakistan. Therefore, in the 10 districts of AJK, elections are held for 33 seats only.

Out of 700 candidates, only 20 women candidates sought general seats.

Following the division of Jammu and Kashmir into Pakistani and Indian-controlled parts in 1947, AJK was governed under the presidential form of government. In 1975, then-Prime Minister Zulfikar Ali Bhutto introduced the parliamentary system of governance for the region.

This first government headed by Bhutto's PPP was dismissed in 1977 due to the imposition of martial law in Pakistan by then-Army Chief Gen. Muhammad Zia-ul-Haq. There were no elections until 1985.

Muslim-majority Jammu and Kashmir is held by Pakistan and India in parts and claimed by both in full. A small sliver of land is also held by China.

Since India revoked autonomy and divided the part that it is holding into two centrally administered territories on Aug. 5, 2019, elections in this part of the region, administered by Pakistan, have attained greater significance.