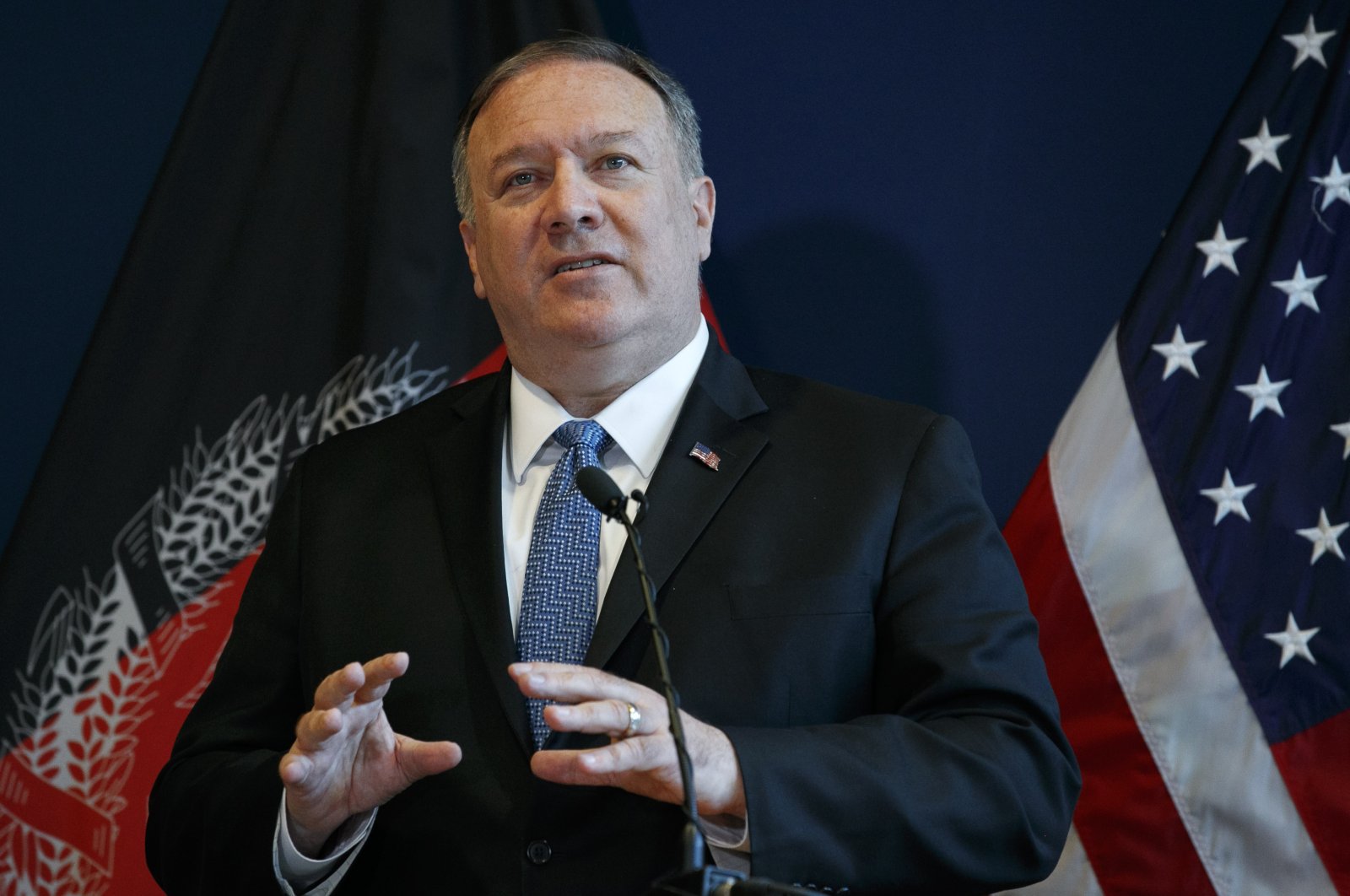 U.S. Secretary of State Mike Pompeo arrived Monday in Kabul on an urgent visit to try to move forward a U.S. peace deal signed last month with the Taliban, a trip that comes despite the coronavirus pandemic, at a time when world leaders and statesmen are curtailing official travel.

Since the signing of the deal, the peace process has become stalled amid political turmoil in Afghanistan, with the country's leaders squabbling over who was elected president.

President Ashraf Ghani and his main rival in last September's presidential polls, Abdullah Abdullah, have both declared themselves the country's president in dueling inauguration ceremonies earlier this month.

During his visit, Pompeo is expected to try to help end the impasse, which has put on hold the start of intra-Afghan peace talks that would include the Taliban. Those talks are seen as a critical next step in the peace deal, negotiated to allow the U.S. to bring home its troops and give Afghans the best chance at peace.

The U.S. and NATO have already begun to withdraw some troops from Afghanistan. The final pullout of U.S. forces is not dependent on the success of intra-Afghan negotiations but rather on promises made by the Taliban to deny space in Afghanistan to other terrorist groups, such as Daesh.

But within days of the U.S.- and the Taliban signing the peace deal in Qatar on Feb. 29, Afghanistan sunk into a political crisis with Ghani and Abdullah squaring off over election results and Ghani refusing to fulfill his part of a promise made in the U.S.-Taliban deal to free up to 5,000 Taliban prisoners. The insurgents were for their part, to free 1,000 Afghan officials and soldiers they hold captive. The exchange was meant to be a good-will gesture by both sides to start the negotiations.

The urgency of Pompeo's surprise visit was highlighted by the fact that the State Department has warned American citizens against all international travel, citing the spread of the new coronavirus. Pompeo has canceled at least two domestic U.S. trips because of the outbreak, including one to a now-canceled G7 foreign ministers meeting that was to have taken place in Pittsburgh this week. That meeting will now take place by video conference.

Pompeo’s last overseas trip in late February was to Doha, Qatar, for the signing of the U.S.-Taliban peace deal he is now trying to salvage.

As the virus pandemic has worsened, causing many nations to close their borders and airports and cancel international flights, Pompeo and the State Department have come under increasing criticism for not doing enough to help Americans stranded overseas get home.

On Saturday, just hours before he departed on his unannounced trip to Afghanistan, Pompeo was roundly attacked on social media for a photo he posted to his personal Twitter account of him and his wife, Susan, at home working on a jigsaw puzzle with a scene from the Tom Cruise film "Top Gun” on a TV screen. "Susan and I are staying in and doing a puzzle this afternoon. Pro tip: if you’re missing the beach, just throw on Top Gun!” the caption read.

Many of the critics took Pompeo to task for apparently not working while thousands of Americans are struggling to find transportation home from various countries.

Washington’s peace envoy Zalmay Khalilzad, who has been trying to jumpstart talks between Afghans on both sides of the conflict – the next critical step in the U.S.-Taliban deal – tweeted early Monday that the two sides are talking about the prisoner exchange.

The intra-Afghan negotiations were never going to be easy but since Washington signed the peace deal with the Taliban, it has struggled to get the Afghan government to at least offer a unified position.

Pompeo’s visit is also extraordinary for the fact that the U.S., like the U.N., had earlier said it would not again be drawn into mediating between feuding Afghan politicians. While the Afghan election committee this time gave the win to Ghani, Abdullah and the election complaints commission charged widespread irregularities to challenge Ghani’s win.

In Afghanistan's previous presidential election in 2014, also marred by widespread fraud and deeply disputed results, Ghani and Abdullah emerged as leading contenders. Then-U.S. Secretary of State John Kerry mediated between the two and eventually cobbled together a so-called unity government, with Ghani as president and Abdullah holding the newly created but equal in statue post of the country's chief executive.

However, the Ghani-Abdullah partnership was a difficult one, and for much of its five years triggered a parliamentary paralysis leading up to the September balloting.