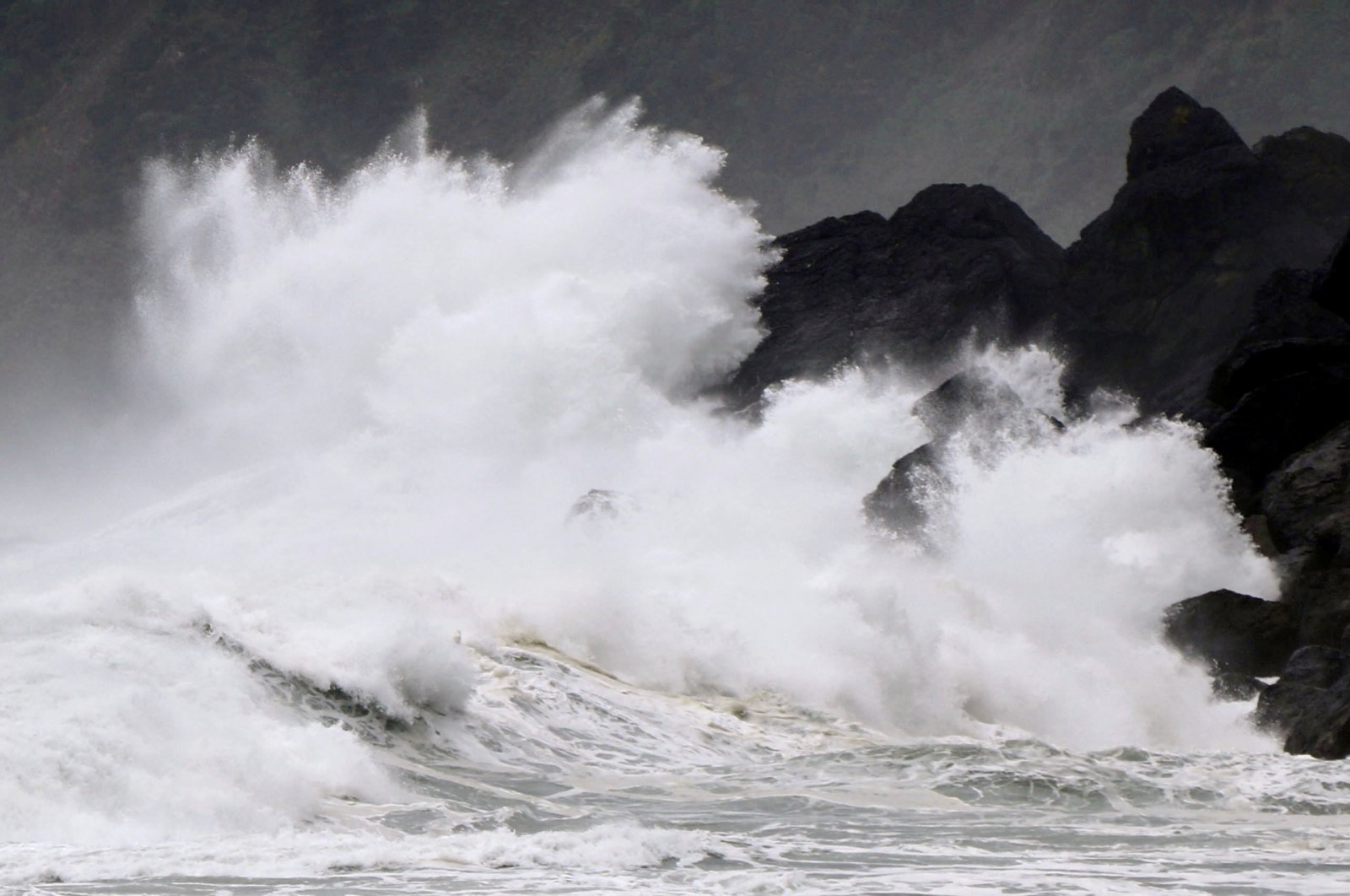 A powerful typhoon began to lash southern Japan on Sunday, with officials warning it could bring record rainfall and winds strong enough to snap power line poles and flip cars.

Typhoon Haishen, categorized as "large" and "extremely strong", has prompted evacuation advisories for more than three million residents, particularly in Kyushu -- one of Japan's main islands -- which the storm is expected to affect overnight.

The storm has weakened somewhat, shifting west from earlier forecasts, away from the mainland, and Japan's weather agency said it was no longer likely to issue its top-level typhoon warning.

But it urged residents to exercise "most serious caution" for possible record rain, violent winds, high waves and surging tides.

"Record-level rainfall is expected (where the typhoon approaches). It may cause landslides or it could cause even large rivers to flood," Yoshihisa Nakamoto, director of the forecast division at the Japan Meteorological Agency, said during a televised briefing.

He added that surging tides could cause widespread flooding in low-lying areas, particularly around river mouths.

The storm passed over a string of small islands near Kyushu on Sunday afternoon, and footage showed strong gusts bending trees as walls of rain came down.

Prime Minister Shinzo Abe called an emergency cabinet meeting to coordinate the government's response to the storm, and warned of flooding and landslides.

"I ask the Japanese people, including those who live in high-risk areas for flooding rivers or high tides to stay informed and take action immediately to ensure their safety."

The storm was forecast to move north-northwest and travel off the western coast of Kyushu from the evening through early Monday before reaching South Korea, according to the weather agency.

Authorities across Japan's southern Kyushu island have issued evacuation advisories for nearly 2.5 million residents, particularly in Kagoshima and neighboring Miyazaki, according to the Fire and Disaster Management Agency.

Across the country, non-compulsory evacuation orders and advisories covered some 3.5 million residents, according to national broadcaster NHK.

Evacuation orders in Japan are not compulsory, though authorities strongly urge people to follow them.

Local officials have asked people, however, to avoid crowded shelters if possible to reduce the risk of coronavirus infections, so in many places, residents have checked into hotels.

"I live near a river, and I wanted to go to a safe place and thought about the coronavirus too," a woman in Miyazaki told NHK after bringing her family to a local hotel.

The storm has forced the cancellation of nearly 550 flights and disrupted train services, NHK said.

And power outages were reported in parts of Okinawa, as well as Kagoshima, where some 30,000 homes were without electricity even before the storm arrived.

Toyota said it would suspend operations at three plants in Kyushu until Monday evening, while other companies, including Canon and Mitsubishi Electric, reportedly planned to take similar measures.

Haishen has forced the Japanese coast guard to suspend its search for dozens of missing sailors from a cargo ship that sank in an earlier storm.

Two survivors were rescued before Haishen approached, as well as the body of a third crew member.

The Gulf Livestock 1, carrying 6,000 cows and 43 crew, issued a distress call Wednesday near Amami Oshima as Typhoon Maysak passed through the area.

Patrol ships have remained in the sea so that the search can resume after Haishen leaves the region, a duty officer told AFP.