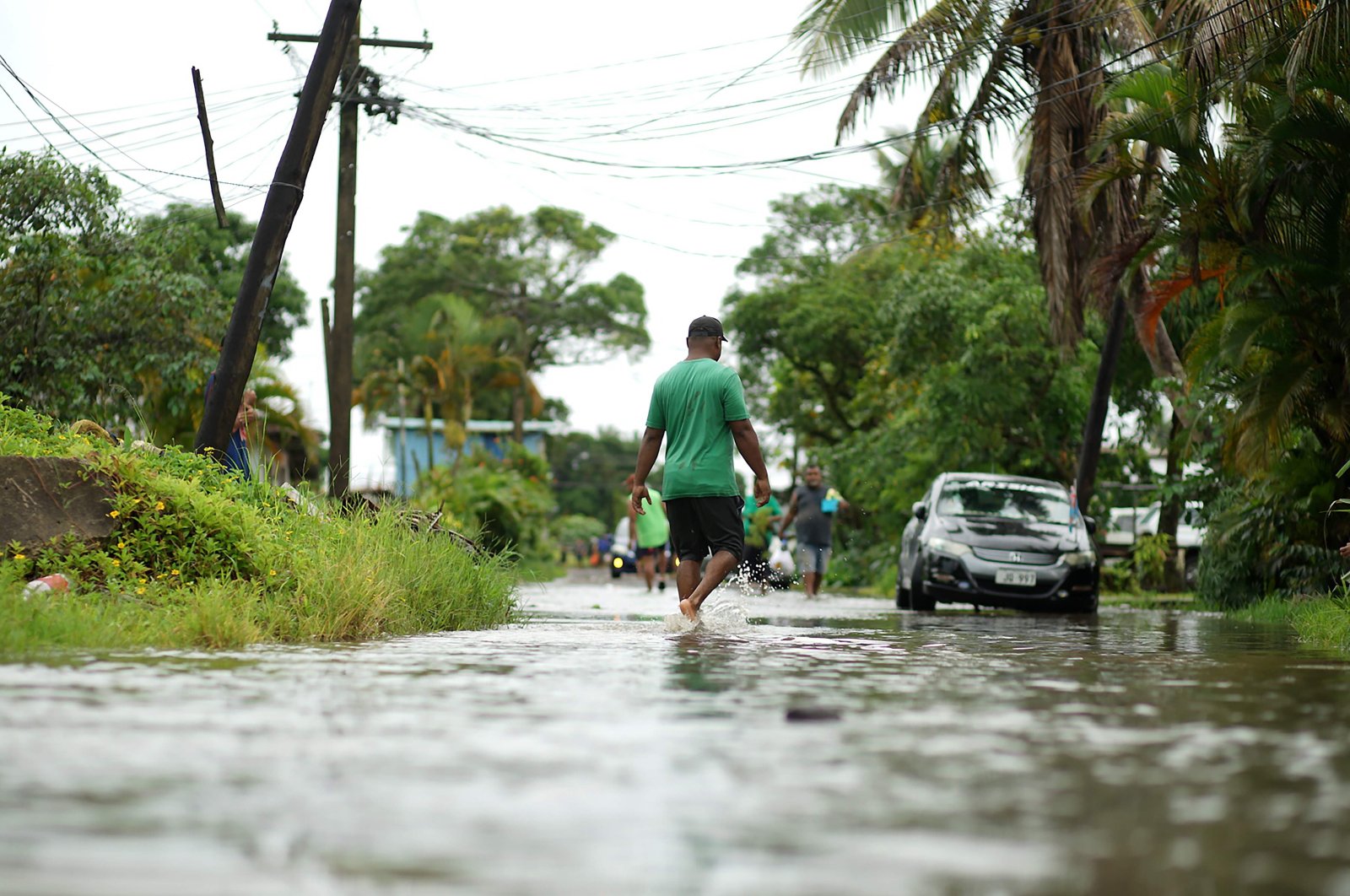 Fiji imposed a nationwide curfew Thursday after urging people near the coast to move to higher ground as the island nation prepared for a major cyclone to hit.

Cyclone Yasa was expected to hit the two main islands of Viti Levu and Vanua Levu later Thursday or early Friday. Authorities imposed an overnight curfew and declared a state of natural disaster.

The National Disaster Management Office warned the cyclone could bring waves as high as 16 meters (52 feet) in some places and sustained winds of up to 250 kilometers per hour (155 mph), with gusts hitting 350 kph.

Prime Minister Frank Bainimarama tweeted 850,000 Fijians are in the direct path of what is the world's strongest storm.

"Prepare, take cover, and pray for Fiji," he tweeted.

He said on this same day in 2012, Fiji was enduring Cyclone Evan.

"Since then, we've been battered by 12 more cyclones – two of which (Winston and Yasa) are now jockeying for our hemisphere's strongest-ever storm in history. This is not normal. This is a climate emergency."

In the capital Suva, many residents were experiencing power cuts.

Michael Cheer, who owns the Samabula Cake Shop, was moving cakes into his car so he could take them home and put them into a cooler, rather than driving them across the island to deliver them to another town.

“It’s gonna be really rough. Today is delivery day, and I was supposed to go to Nadi, but I can’t go west," Cheer said. "The power is off. Over 100 cakes could be ruined.”

Many had memories of Cyclone Winston, which hit in 2016 and killed more than 40 people. Stephanie Brown and her family were busy boarding up their home in preparation, saying it's something they do regularly for cyclones.

“This is the usual, but we never know," Brown said. "The storm might turn around and hit us like Winston.”

Akshay Kumar, co-owner of the Grillenium Authentic Food House, said Winston was bad and he was expecting another strong storm.

“It’s gonna affect business bigtime in the food industry,” Kumar said. "People are not roaming around. They’re prepping for the cyclone.”

Located about one-third of the way between New Zealand and Hawaii, Fiji has a population of about 930,000.