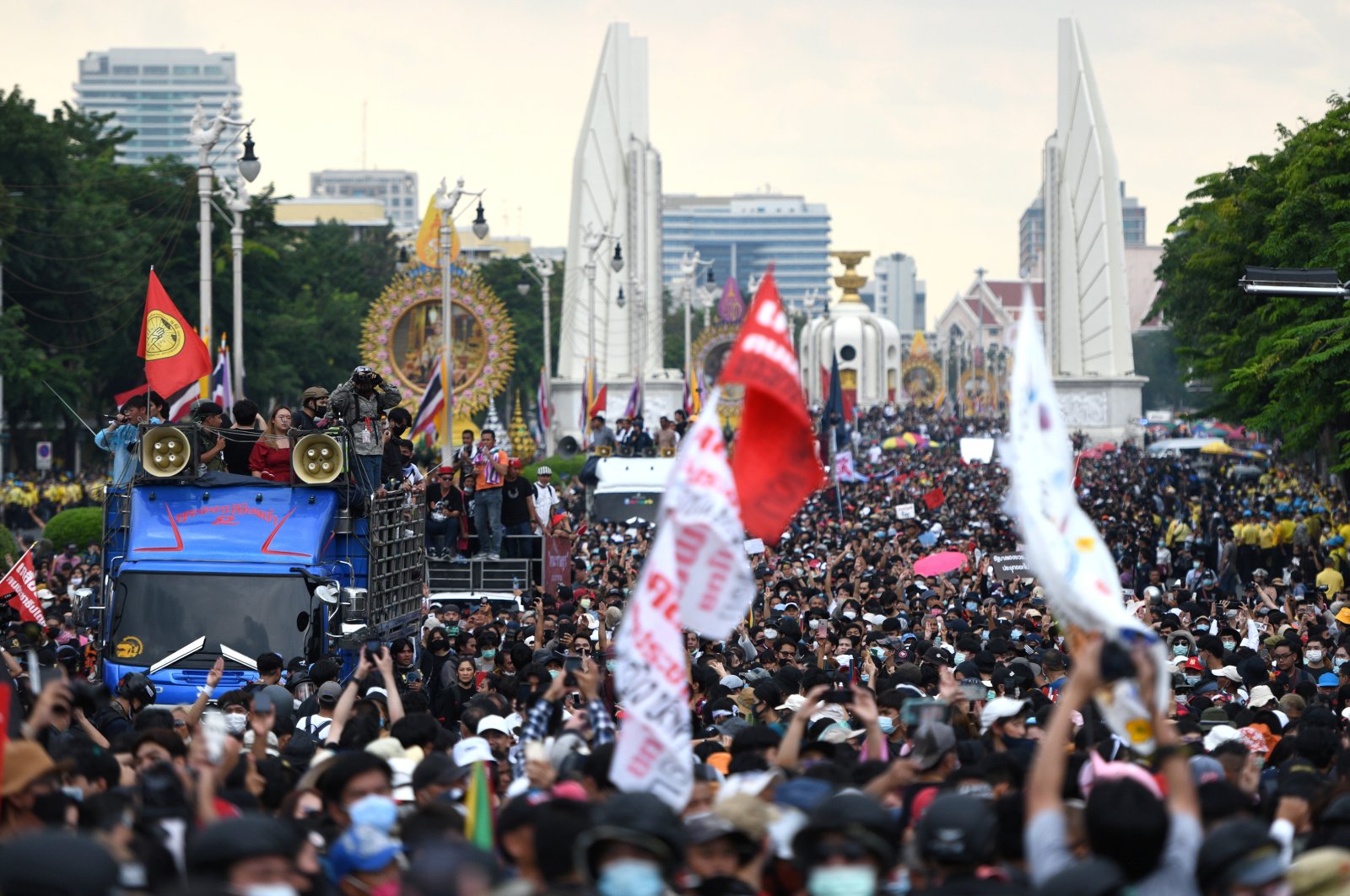 The protest was led by activist Arnon Nampha, who told the protesters to remain peaceful, refrain from violence and not to clash with any other groups, according to the Bangkok Post.

Held on the 47th anniversary of the revolution that overthrew the military-backed government, the rally urged for the resignation of Prime Minister Prayut Chan-o-cha and his government as well as the implementation of new, more democratic laws and reform of the monarchy.

The demonstration was organized by student networks, including the Free Youth movement and the United Front of Thammasat and Demonstration, which have been protesting Prayut's rule since July.

Earlier, the police arrested 21 protesters during Tuesday's rally in Bangkok for giving a three-finger salute – a gesture signaling solidarity against the dictatorial military-led government.

Since July, Thailand has been gripped by mass protests demanding the resignation of Chan-o-cha, who is a former army chief.

The movement called for reform of the monarchy, the resignation of the prime minister, dissolution of the parliament and freedom to criticize the government.

The concept of monarchy reforms is considered taboo in the country, with the king protected from insults and criticism under the "lese-majeste” law.

The Thai monarchy is protected by Section 112 of the country's Penal Code, with defamation, threats or insults against the king, queen, heir-apparent or regent warranting three to 15 years in jail.