Probe launched after Muslim women listed for auction in India 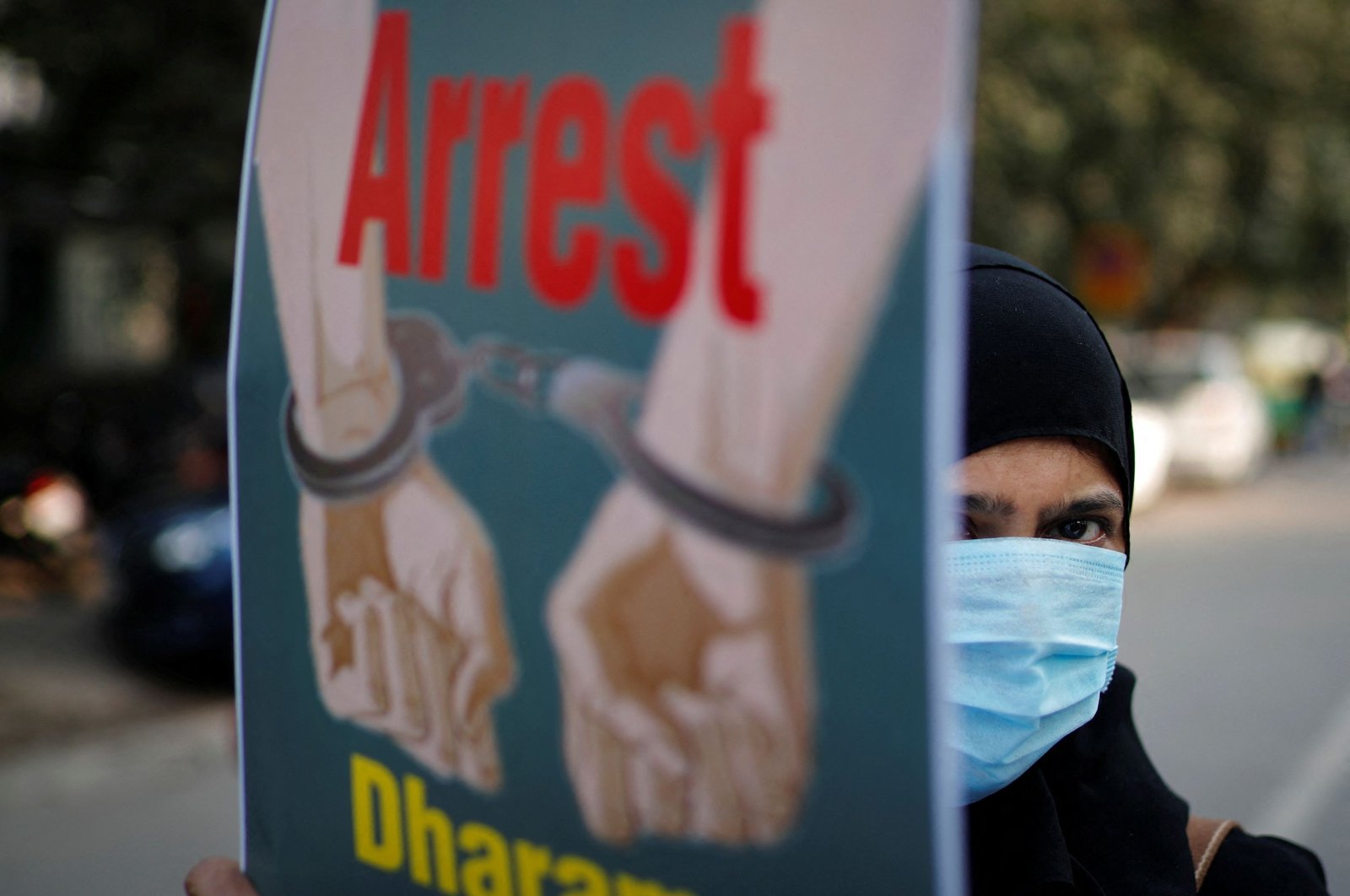 A demonstrator holds a placard during a protest against what they say is hate speech against Muslims by Hindu leaders, in New Delhi, India, Dec. 27, 2021. (Reuters File Photo)
by Anadolu Agency Jan 02, 2022 6:55 pm

An investigation was launched by Indian authorities after hundreds of Muslim women were listed on an auction app using photos obtained from their social media accounts without permission.

The Delhi police registered a case after getting a complaint from journalist Ismat Ara, whose name is also listed on the Bulli Bai app.

Hundreds of images of Muslim women were uploaded to the app on the open software development site GitHub, and users were asked to take part in an "auction."

The app appeared to be similar to another one called "Sulli Deals" which sparked outrage about six months ago by offering users "Sulli" – a derogatory name used by right-wing social media trolls for Muslim women – as so-called "deals of the day."

The account has been blocked by GitHub and the Computer Emergency Response Team (CERT) and police authorities are coordinating further action, said Information and Technology Minister Ashwini Vaishnaw on Twitter.

Parliamentarian Priyanka Chaturvedi has raised the issue with the Mumbai police.

Many social media users voiced support for the women, arguing that the purpose of targeting Muslim women is to cause physical and mental agony. Many claimed the people behind the apps are from right-wing groups.