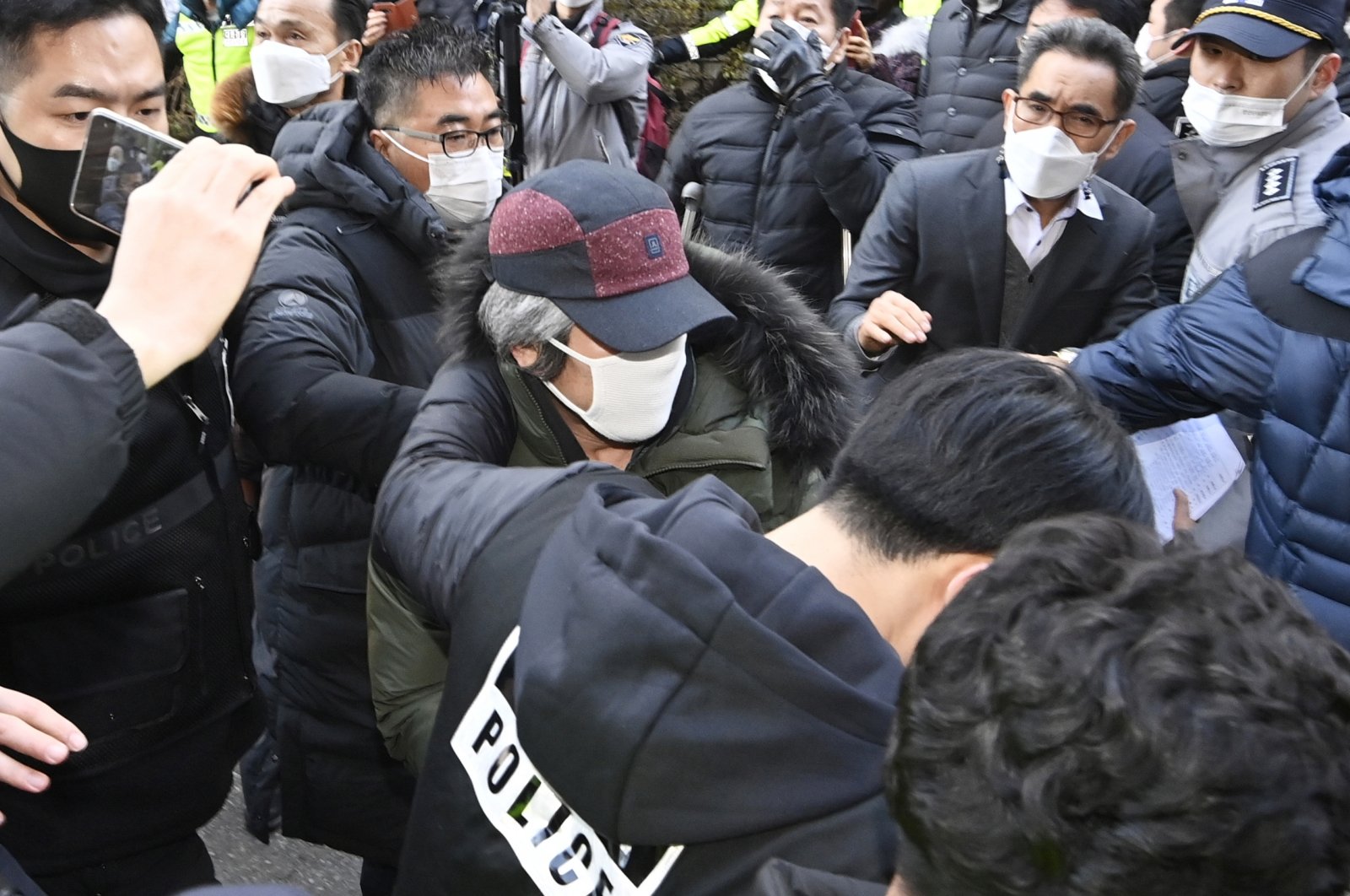 Angry protesters threw eggs and shouted insults as one of South Korea’s most notorious child predators was released from a prison in southern Seoul on Saturday at the end of a 12-year term.

Law enforcement authorities strapped the 69-year-old Cho Doo-soon with an electronic anklet and escorted him to his home in nearby Ansan, where authorities have added and upgraded security cameras and vowed around-the-clock monitoring for a man residents still see as a risk to their community.

Cho was convicted of kidnapping and raping an 8-year-old girl at a church bathroom in Ansan in 2008 in a brutal attack that left her with severe, lasting injuries. The case shocked and horrified the nation and prompted an outpouring of public sympathy for the girl, which inspired a 2013 hit movie titled “Hope.”

Around a million people since 2017 signed multiple online petitions to the president opposing Cho’s release, which had been dreaded by residents in Ansan for years.

Dozens of protesters, holding signs that read “Cho Doo-soon to hell” and shouting slogans calling for his castration or execution, rallied for hours in front of the prison early Saturday amid a heavy police presence. Officers dispersed some protesters who temporarily blocked a pathway to the prison by lying down and locking arms, which appeared to delay Cho’s release by around half an hour.

Demonstrators threw eggs and other objects as a van, carrying Cho and flanked by officers, rolled out of the prison’s gate at around 6:45 a.m.

The gray-haired Cho, wearing a ballcap and a white face mask, later arrived at a probation office in Ansan amid a barrage of camera flashes where officials registered his tracking device. He didn’t answer reporters’ questions on whether he repented but bowed twice before being escorted home.

The Justice Ministry had rejected an earlier plea by Ansan’s mayor for Cho to be kept isolated at a “protection” facility once his prison term ended. The ministry said it decided to transport Cho in a government vehicle because allowing him to use his own car or public transport could risk “physical clashes” with other citizens. Online message boards and social media have been flowing with comments threatening him with punishment.

“Nearly everyone I know was busy searching the internet to figure out the location of his house and I did too,” said Lee Do-hyung, a coffee shop employee. “There are talks going around that prison didn’t change him, and that he was still a violent man. You don’t want that man walking on the streets and couples with parents are particularly concerned.”

J.A. Nah, an office worker in Ansan, said, "I think I’ll tremble with fright about encountering him anytime and anywhere if he lives close to me."

“I hope he’ll now live as a normal citizen who doesn’t harm others, but I still have fears about him,” she said.

To ease public anxiety, authorities have recently stepped up patrols and security postures around Cho’s neighborhood.

Ansan’s city government said in a statement that a team of 12 security guards — formerly special forces’ soldiers or martial arts specialists — have been put on shifts patrolling the area around Cho’s house 24 hours a day. Officials are also adding 20 more security cameras as well as new streetlights.

Mo Youngshin, a police officer in Ansan, said some 30 officers are being separately mobilized each day to patrol the neighborhood. He said police and the Justice Ministry had recently staged a joint training on swiftly mobilizing their staff to respond if Cho commits a crime.

The victim’s family told local media last month they plan to move away from Ansan because of Cho’s return.

The father told TV channel JTBC that his daughter “burst into tears” about Cho’s planned return to Ansan. “It was the first time that happened since she was attacked 12 years ago. We all cried with her,” said the man, whose name and face weren’t revealed.

Despite widespread concerns, some residents cautiously questioned whether the current level of patrols, public hatred and media frenzy is too much as Cho had completed his sentence.