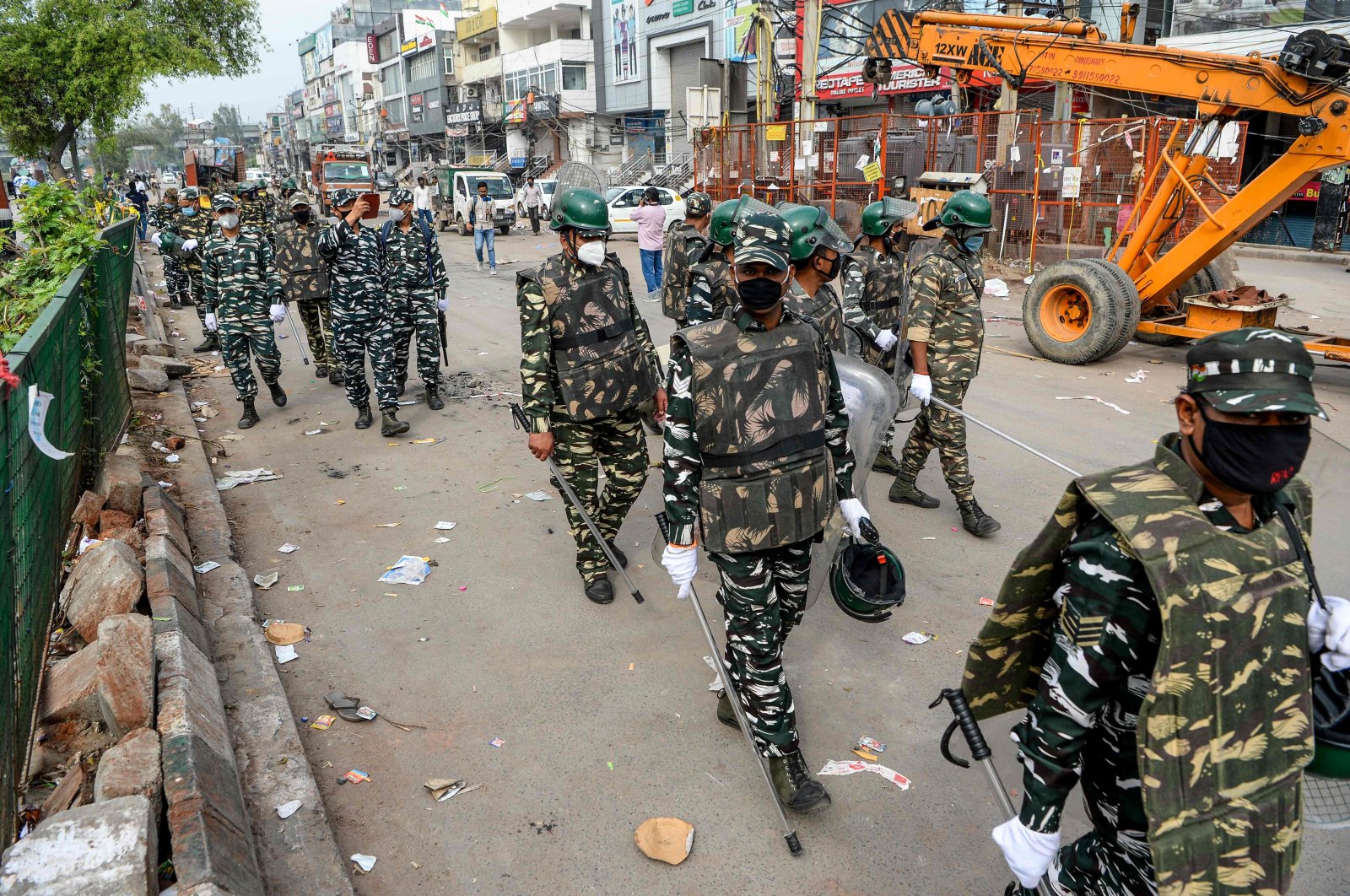 Police in India's capital broke up the longest-running protest against Prime Minister Narendra Modi's anti-Muslim citizenship law on Tuesday as dozens of people, many of them women, continued to stage protests, defying coronavirus fears.

Hundreds of police in riot gear surrounded the protesters early Tuesday in the neighborhood of Shaheen Bagh, which has become a focal point for opposition to the law seen as discriminating against Muslims.

Some demonstrators resisted the police and at least nine people had been detained, six of them women, Delhi's joint police commissioner D.C. Srivastava said, adding there was no violence. Television broadcasts showed police taking down tents and billboards at the protest site with bulldozers, as reported by Reuters.

India’s capital has been a focus of unrest against the Citizenship Amendment Act (CAA), which makes it easier for non-Muslims from three neighboring Muslim-dominated countries to gain Indian citizenship. Protests have broken out across India since the law came into force in December, leaving at least 78 people dead in clashes with police. New Delhi witnessed the killing of Muslims and the setting of mosques on fire by Hindu mobs in sectarian violence fueled by the government’s ongoing anti-Muslim policies. Muslims accused police of aiding Hindu mobs in the clashes, including setting fire to mosques and a shrine. The U.N. High Commissioner had voiced “great concern” over India’s amended citizenship law and reports of “police inaction” in the face of communal attacks in Delhi, urging political leaders to prevent violence. In December, the U.N. human rights office condemned the Citizenship Amendment Act (CAA) for being “fundamentally discriminatory in nature.”

India, with a population of over 1.3 billion, is 80% Hindu and 14% Muslim, which means it has one of the largest Muslim populations of any country in the world. There have been growing questions about the stance of the government, led by Prime Minister Narendra Modi’s Hindu nationalist party, toward India’s 172 million Muslims. Attacks on minorities, especially Muslims, have risen sharply across India in the last few years under the leadership of Modi.

Since cruising back to power in a general election last May, Modi has aggressively carried out his party’s Hindu nationalist agenda, from stripping restive Kashmir, India’s only Muslim-majority region, of its statehood, to supporting a Supreme Court ruling allowing a Hindu temple to be built on the site of a Mughal-era mosque torn down by Hindu mobs in 1992. The citizenship law is seen as a precursor to the National Register of Citizens (NRC) that would culminate in the jailing or deportation of foreigners, appeared to embolden both his followers and his opponents. The rampaging mobs, mostly Hindus attacking Muslim homes and places of worship, were a jarring reminder of the rising religious tensions under Modi.