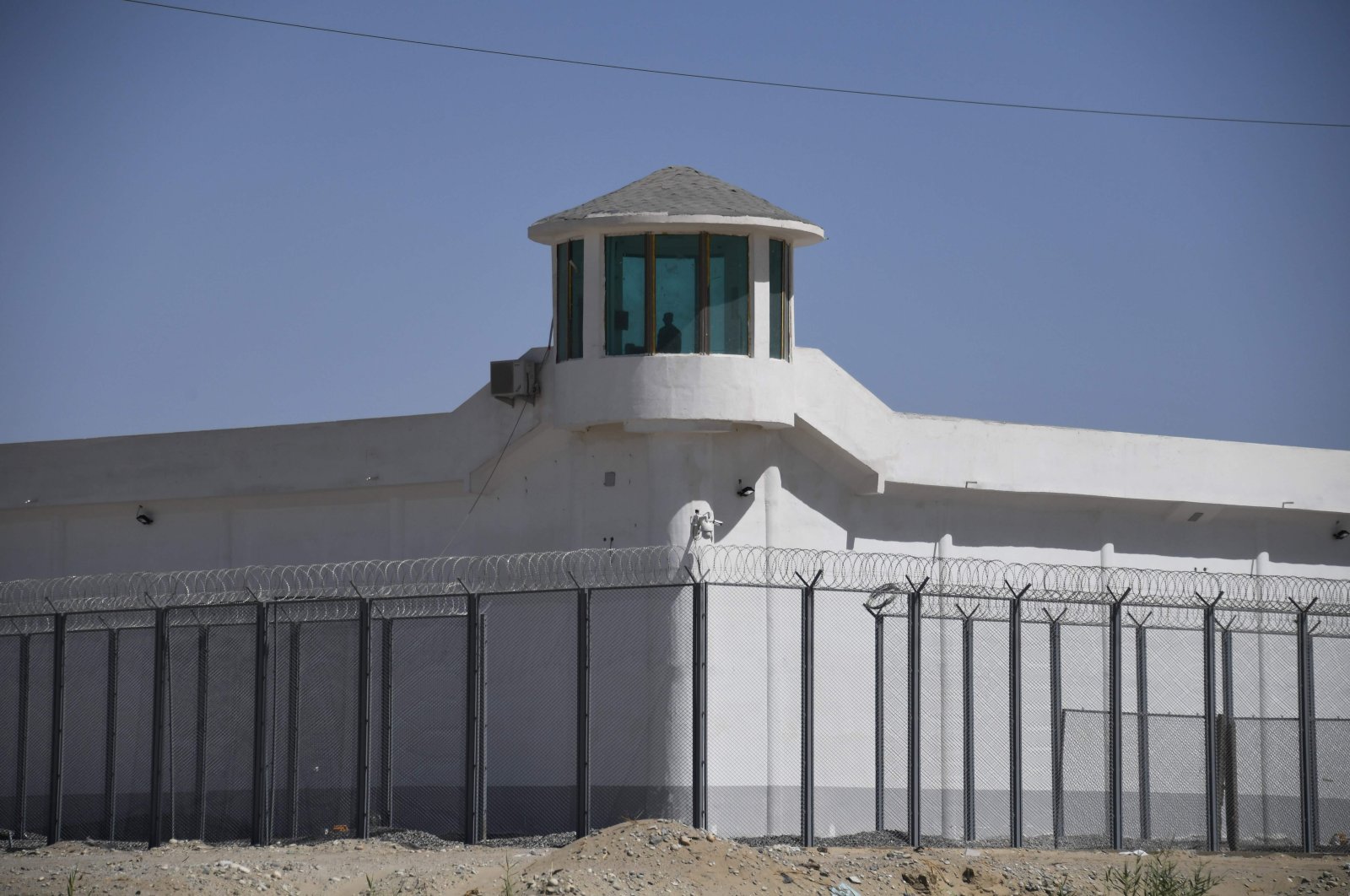 A watchtower on a high-security facility near what is believed to be a re-education camp where mostly Muslim ethnic minorities are detained, on the outskirts of Hotan, in China's northwestern Xinjiang region, May 31, 2019. (AFP Photo / Badung Police)
by DAILY SABAH Aug 06, 2020 11:52 am
RECOMMENDED

A Uighur man from Xinjiang, who was detained by Chinese authorities, sent a rare video from inside internment which gave horrifying evidence of violations of human rights by China toward the Muslim minority.

Merdan Ghappar, 31, was arrested after having spent more than a year in prison on a drug charge; however, his supporters claim that he is innocent of this charge and that it was fabricated by Chinese authorities, according to reports by the BBC, Close and Mail.

Ghappar, who before his imprisonment worked as a model for the e-commerce company Taobao, was taken back to Xinjiang where he was hooded, shackled and held in a small room with filthy walls and steel mesh on the window.

The rare video sent by Ghappar and put on social media showed the shocking conditions of detention. On the video Ghappar held his phone, silently taking a video of himself and the conditions he stayed in with an anxious expression on his face.

In the video, he revealed his dirty clothes, swollen ankles and a set of handcuffs fixing his wrist to the frame of a bed, which was the only piece of furniture in the room.

According to Ghappar's text messages that he secretly sent to the internet, he had witnessed many violations of human rights in Chinese prisons, including the beating of teenage boys and the widespread use of “four-piece suits” – combined restraints that are criticized by human rights groups.

Human rights groups and Western governments have been vocal in condemning China's widespread abuses against the Uighurs.

The condemnations have focused on what China calls re-education camps, as well as allegations of mass, systemic forced sterilization. The camps, in particular, have been sharply criticized over allegations that they are fronts for forced labor and political indoctrination.

The Xinjiang region is home to around 10 million Uighurs. The Turkic Muslim group, which makes up around 45% of Xinjiang's population, has long accused China's authorities of cultural, religious and economic discrimination.