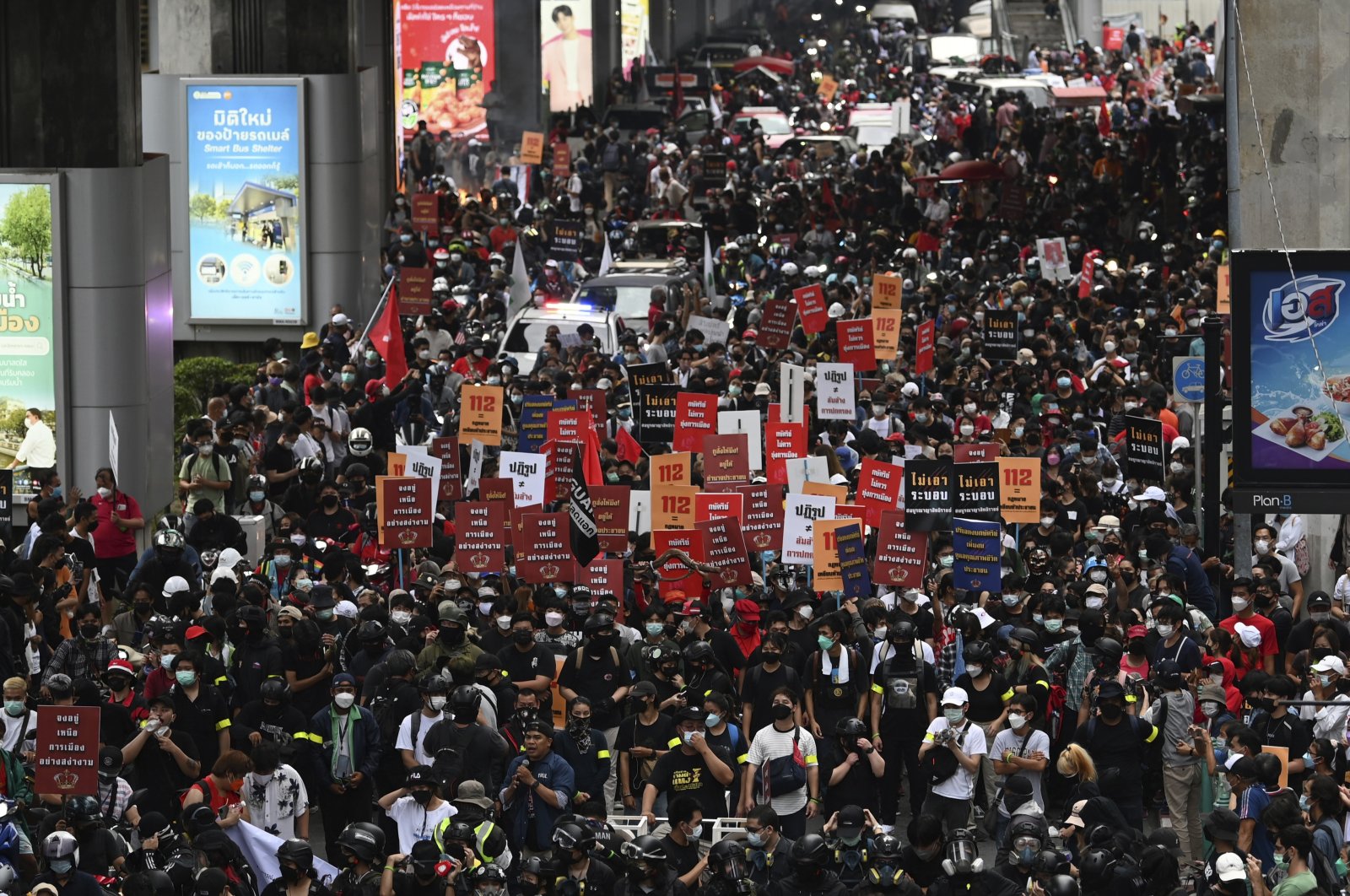 Thousands of Thai protesters took to the streets of the capital Bangkok on Sunday, demanding change to the institutions of the country's monarchy as they rallied against and defied a decision by a top court that ruled calling for royal reforms amounted to a bid to overthrow Thailand's ultra-powerful monarchy.

Youth-led protests that began last year by calling for the removal of Prime Minister Prayuth Chan-ocha, 66, a former coup leader, have become the biggest challenge in decades to the monarchy which is constitutionally enshrined to be held in "revered worship."

Protesters marched against rows of riot police behind shields, waving placards that read "No absolute monarchy" and "Reform is not abolition."

"The king's increased powers in recent years are pulling Thailand away from democracy and back to absolute monarchy," a protester read in a statement after the demonstration reached the German embassy in Bangkok.

"This is a fight to insist that this country must be ruled by a system in which everyone is equal."

Protesters also marched to the German embassy in October last year to urge Germany to investigate whether King Maha Vajiralongkorn, who spends much of his time in the country, was conducting state business from there.

"The word 'reform' is not equivalent to abolition," said protester Peeyawith Ploysuwan, 25. "You (authorities) only want to do the things you desire and see people with opposing views as bad guys... If society continues like this, how can we move forward?"

The protests have broken longstanding taboos in Thailand, whose lese majeste law sets jail terms of up to 15 years for anyone convicted of defaming the monarchy.

Since the protests began last year, at least 157 people have been charged under the law, according to records compiled by the Thai Lawyers for Human Rights group.

Sunday's protest came in response to the Constitutional Court's ruling last week that a call for reforms to the monarchy by three protest leaders in August last year was unconstitutional and designed to topple the institution.

Three protesters were wounded on Sunday, a police spokesperson said, adding that the incidents were being investigated.