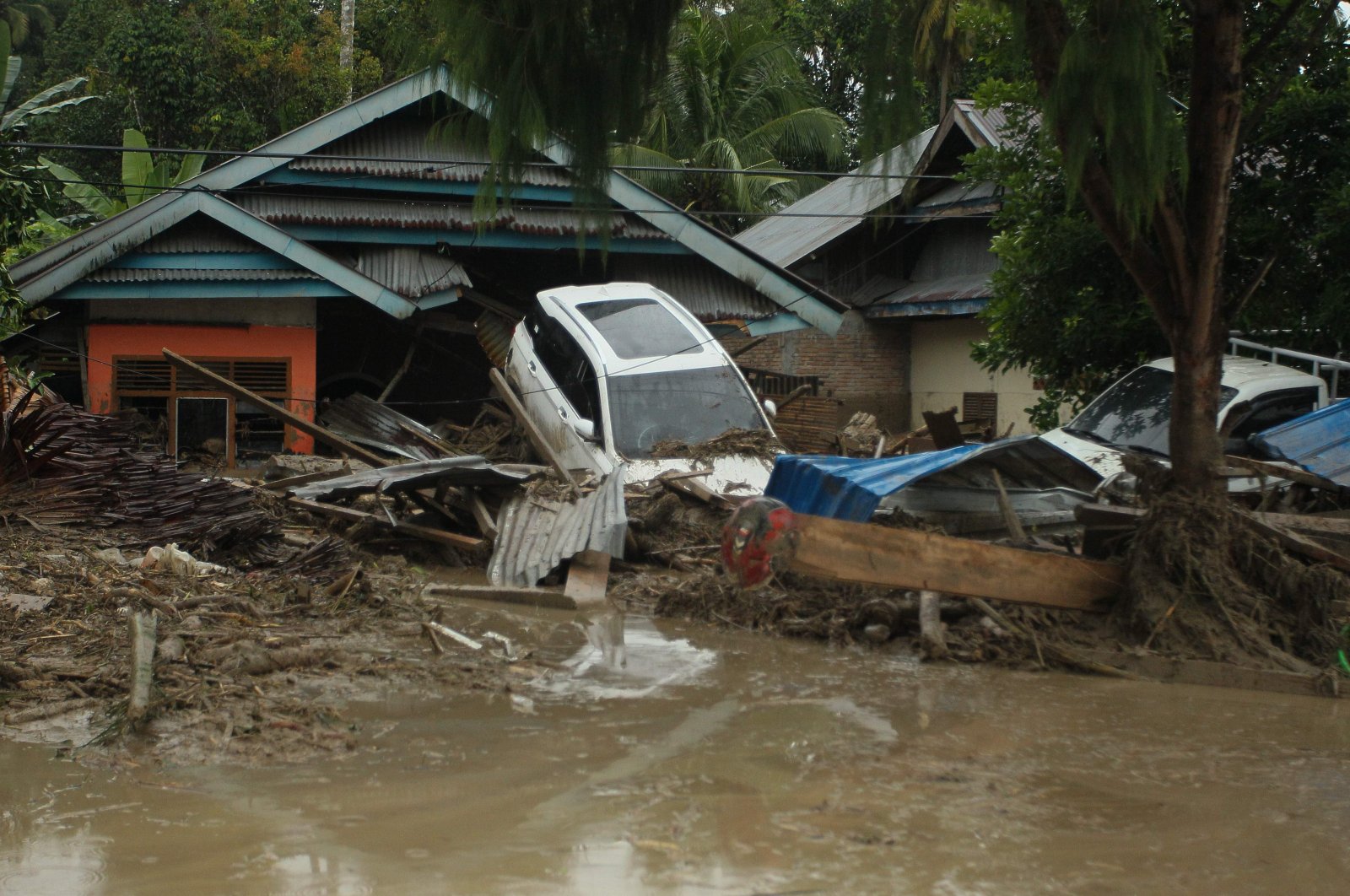 Rescuers pulled bodies from under mud and debris Friday as they raced to find dozens still missing after flash floods killed at least 36 people on Indonesia's Sulawesi island.

More than 14,000 people left homeless by the disaster have taken refuge at temporary shelters in hard-hit North Luwu regency, with the country's search and rescue agency hunting for 66 people still unaccounted for.

On Friday, officials said at least 36 people had died in the disaster, following the retrieval of more bodies.

They also raised previous missing victim figures from a dozen to more than 60, citing new reports from concerned relatives.

"The chances of finding them alive are slim as we've been searching for four days now and it's a difficult situation in the field," Andi Mukti, coordinator of North Luwu's search-and-rescue team, told Agence France-Presse (AFP).

The search would still continue through the weekend, he added.

Several thousand houses as well as government offices and public facilities were engulfed by mud from the floods.

This week, desperate residents searched through their homes for pots and pans and other belongings to take to the temporary shelters in flood-prone North Luwu.

In January, record rains triggered flooding and landslides that killed nearly 70 people in and around Indonesia's capital Jakarta, which is on neighboring Java island.

The Southeast Asian archipelago is regularly hit by floods during the rainy season.