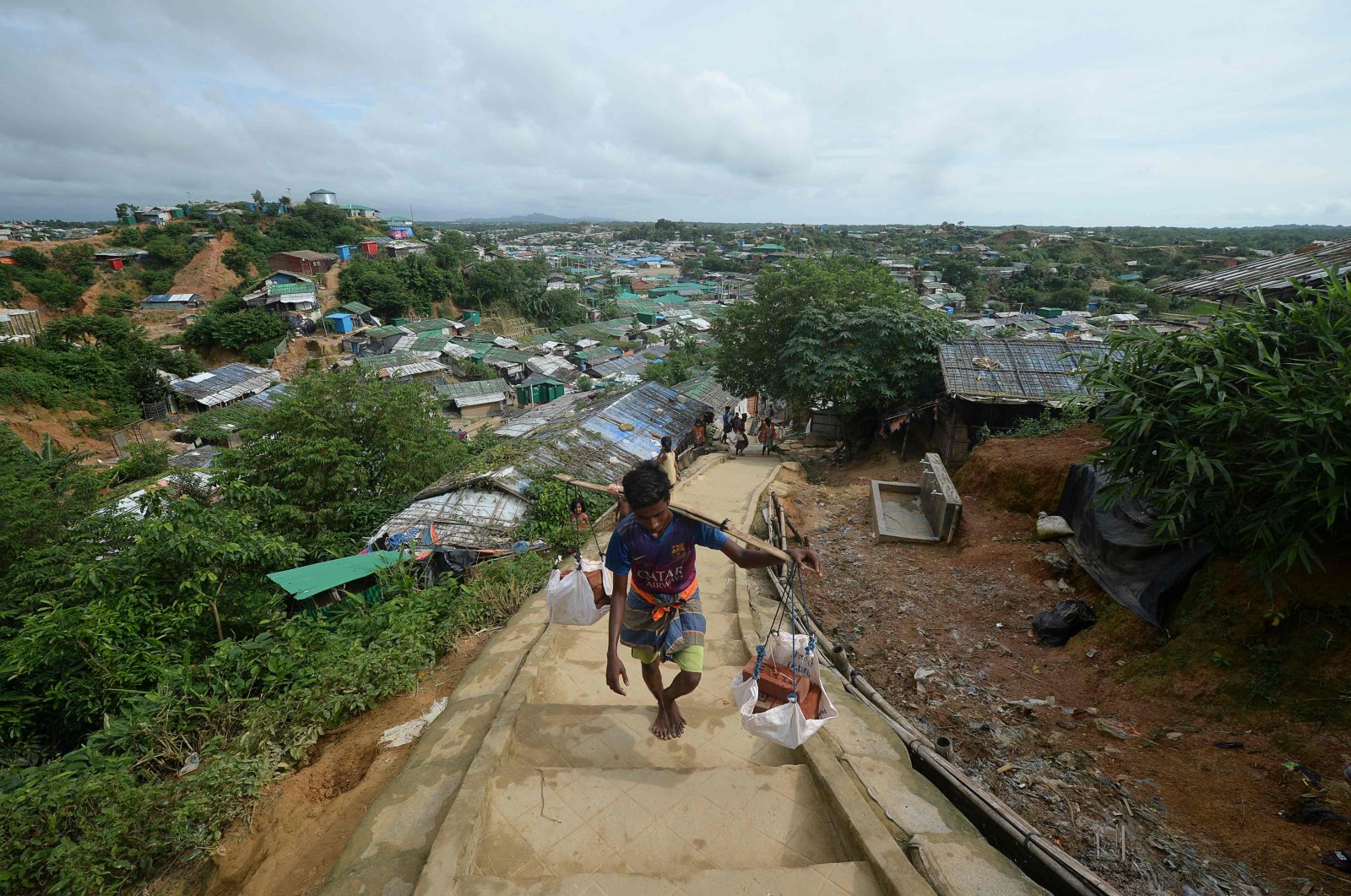 It was three years ago that Myanmar's military unleashed history’s worst aggression toward the Rohingya in the country's northern Rakhine state on Aug. 25, 2017; however, the displaced people are determined to regain their rights as citizens.

"The Rohingya diaspora will not rest until meaningful repatriation of every Rohingya person in refugee camps in Bangladesh and other countries in South Asia and Southeast Asia,” Dr. Wakar Uddin, founding chairman of the Burmese Rohingya Association of North America (BRANA), told Anadolu Agency (AA) in an interview.

"That (repatriation of Rohingya) is the most urgent step in moving forward,” said Uddin, who is also the director-general of the Arakan Rohingya Union (ARU).

The Tatmadaw, the name of Myanmar's military, launched "clearance operations" that resulted in the exodus of 750,000 Rohingya across the border to the adjacent Bangladesh city of Teknaf.

Since the operation began, nearly 24,000 Rohingya Muslims have been killed by Myanmar’s state forces, according to a report by the Ontario International Development Agency.

"It is a racist decree, and the Rohingya community wants it to end,” said Zarni, who has emerged as a popular voice for the diaspora's rights. "I know a key drafter of the (1982 Citizenship) Act who admitted to me that the aim of the citizenship act was to strip the Rohingya of their birthright to a nationality and citizenship."

Refugees, he said, want to return to their homeland in the northern state and live in peace with other communities. "They want to reconcile with other people such as their Rakhine brothers and sisters."

For Uddin, the Rohingya diaspora "will use all means to increase international pressure on Myanmar to implement the repatriation agreement that it signed with Bangladesh – safe, dignified and voluntary return of Rohingya refugees to their original homes in Arakan.”

According to Amnesty International, more than three-quarters of a million Rohingya refugees, mostly women and children, have fled Myanmar and crossed into Bangladesh since the 2017 crackdown, pushing that nation's number of persecuted people above 1.2 million.

For Imran Muhammad, a refugee rights activist, it was the government that created the refugee crisis.

"Obviously, the solution to this crisis is in their hands. Myanmar must restore the citizenship of Rohingya and let them go back home unconditionally,” he said from Malaysia, where he has lived since 2017. Muhammad left Rakhine in 1992 when he was 2 years old.

"I am wondering if the Rohingya crisis is ever going to end. There are refugees living in the camps for more than 30 years. I, myself, was born in a refugee camp and grew up there. I don't know what we can expect from the international community," Muhammad said. "The international community should exert well-coordinated pressure on Myanmar or share the burden of refugees as an alternative solution."

His views were corroborated by Mohammed Rafique, who lives in Ireland and works as the media secretary of the European Rohingya Council.

"The Rohingya simply want to return to their ancestral land where they have a place to call home, where they could raise their children like their forefathers with equality and dignity,” he said. "We want to end the cycle of persecution by holding the Myanmar military accountable for genocide and human rights abuses committed against his community."

Uddin, who is also a professor at Pennsylvania State University in the United States, said the legal case mounted by The Gambia against Myanmar at the International Court of Justice (ICJ) "is of historic significance.”

"The OIC (Organization of Islamic Cooperation) has never taken such a legal approach before in dealing with any Muslim community issue in the world,” he said.

According to a Jan. 23 ruling by the ICJ, Myanmar is obliged to take measures to protect the Rohingya community from mental and physical harm, as well as from the deliberate infliction of life conditions that cause "physical destruction” and measures "intended to prevent births within the group.”

"The ICJ normally hears cases of maritime dispute or border issues between countries, but the Rohingya genocide case is unique, setting important precedence for others in the world in pursuing justice,” he said.

Zarni urged countries outside the influence of Myanmar and those who side with their military junta to help.

"The Rohingya community abroad needs support from governments, and solidarity networks to reclaim a piece of earth they can call home,” he said. "It won’t be easy, but it is not inconceivable.”

Uddin acknowledged the role of the United Nations but regretted setbacks at the U.N. Security Council (UNSC).

"What the U.N., within its power and jurisdiction, has done on the Rohingya issue is monumental. Numerous resolutions at the U.N. General Assembly and the U.N. Human Rights Council have been passed during the past several years,” he said. "The Security Council also brought the issue to the floor and debated it, although China and Russia blocked it from passing a resolution.”

He added that a U.N. fact-finding commission report was "instrumental in materializing” the case at the ICJ.

"We will also not rest in seeking justice ... we will ultimately reclaim the citizenship of our people with all the basic rights abruptly revoked by Myanmar just because of our ethnic identity and our Islamic faith."

With regard to the role played by the OIC, Uddin said the largest Muslim bloc has adopted a three-pronged approach: political advocacy, humanitarian support and legal action.

"Political advocacy is engaging with the U.N. and other world powers, including the United States, Canada, Europeans and even China and Russia. In humanitarian support, the OIC and several member countries have provided humanitarian assistance in refugee camps in Bangladesh as well as in IDP (Internally Displaced People) camps in Arakan in Myanmar,” he said.

The ARU chief, however, expressed helplessness in "losing valuable time” in the struggle.

"The refugees have been in camps in Bangladesh for three years now, and their sufferings have spiraled due to poor conditions. Camps are meant for temporary shelter, not for keeping them for years and years,” he said. "Rohingya children in camps are growing up without being in their homeland and without education, proper health care and so many attributes that define their future."

Uddin went on to say that the refugee population has been swelling within camps with a significant number of newborn babies.

"The very social fabrics of our community is totally broken down as our people are scattered in many parts of the world.”

In a voice full of hope, Wakar asserted: "We are confident that the tremendous efforts by the international community to find a solution to the Rohingya will come to fruition, and the U.N. agencies will be instrumental in rebuilding the socioeconomic, education and community infrastructures of the Rohingya people when peace and justice prevail in Arakan (Rakhine) State, Myanmar.”

"Neither the pandemic nor the repressive regime can silence the voices of Rohingya people who demand accountability, restoration of full and equal citizenship rights and a homeland with inalienable rights of all peoples,” said Ro Nay San Lwin, co-founder of the Free Rohingya Coalition based in the U.K.