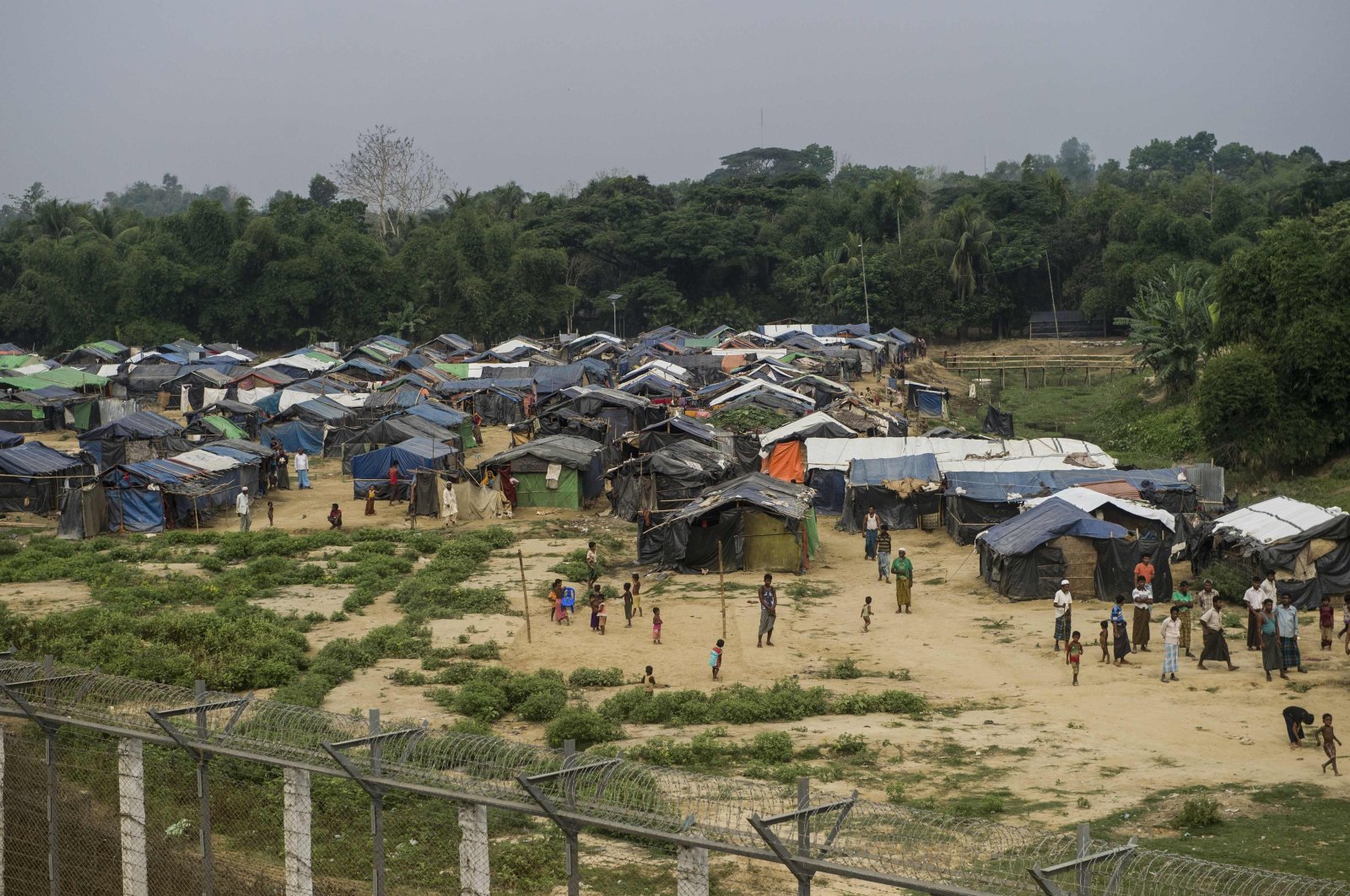 More than 130,000 Rohingya Muslims have been living in internment camps in "squalid and abusive" conditions for eight years in Myanmar's Rakhine state, which Human Rights Watch (HRW) describes as an apartheid regime

Myanmar has been carrying out a policy of apartheid against around 130,000 Rohingya Muslims trapped in internal displacement camps in conflict-torn Rakhine state for at least eight years, Human Rights Watch (HRW) said Thursday, accusing civilian leader Aung San Suu Kyi of complicity in their persecution, weeks before national elections.

“The Myanmar government has interned 130,000 Rohingya in inhuman conditions for eight years, cut off from their homes, land and livelihoods, with little hope that things will improve,” the 170-page report said.

The report described 24 internment camps and camp-like settlements mostly around the Rakhine state capital Sittwe as "beyond the dignity of any people" where the Rohingya are segregated from the rest of society and face an uncertain future while suffering grave human rights violations. Among the rights abuses recorded were the denial of freedom of movement such as the establishment of checkpoints and barbed-wire fencing around Rohingya camps and villages, as well as “widespread extortion.” Those found outside the camp were also reportedly subjected to torture and other abuse by security forces, the report said.

Hundreds of thousands of Rohingya Muslims poured across Myanmar's border with Bangladesh after a wave of anti-Rohingya attacks in the summer of 2017. Thousands were killed in the violence, and those forced to flee faced dire poverty and the threat of diseases in crudely built camps in Bangladesh.

Myanmar has repeatedly denied allegations of genocide, saying its military operations in 2017 were targeting Rohingya militants who attacked police border posts. At least 9,000 Rohingya were killed in Rakhine state from Aug. 25 to Sept. 24, 2017, according to Doctors without Borders (MSF). The International Criminal Court (ICC) is investigating the crime against humanity of the forced deportation of Rohingya to Bangladesh, as well as persecution and other inhumane acts.

According to U.N. figures, children make up more than half of the roughly 700,000 Rohingya who arrived in Bangladesh in 2017 after a mass exodus from Myanmar. More than 350 Rohingya trafficking cases were identified last year, about 15% involving children, according to the U.N. migration agency.

In May, aid workers feared the coronavirus pandemic could take a heavy toll on the crowded camps, as the deadly outbreak has prompted the government to impose more restrictions on movement as part of an effort to contain the spread of the disease. The HRW called on the Myanmar government and the military to take the necessary steps to grant more freedom to the Rohingya who remain in the country.

The U.N. has described the operations by Myanmar security forces as ethnic cleansing. The stateless Rohingya have been the target of communal violence and vicious anti-Muslim sentiment in mainly Buddhist Myanmar for years. Myanmar has denied citizenship to Rohingya since 1982 and excludes them from the 135 ethnic groups it officially recognizes, which effectively renders them stateless.