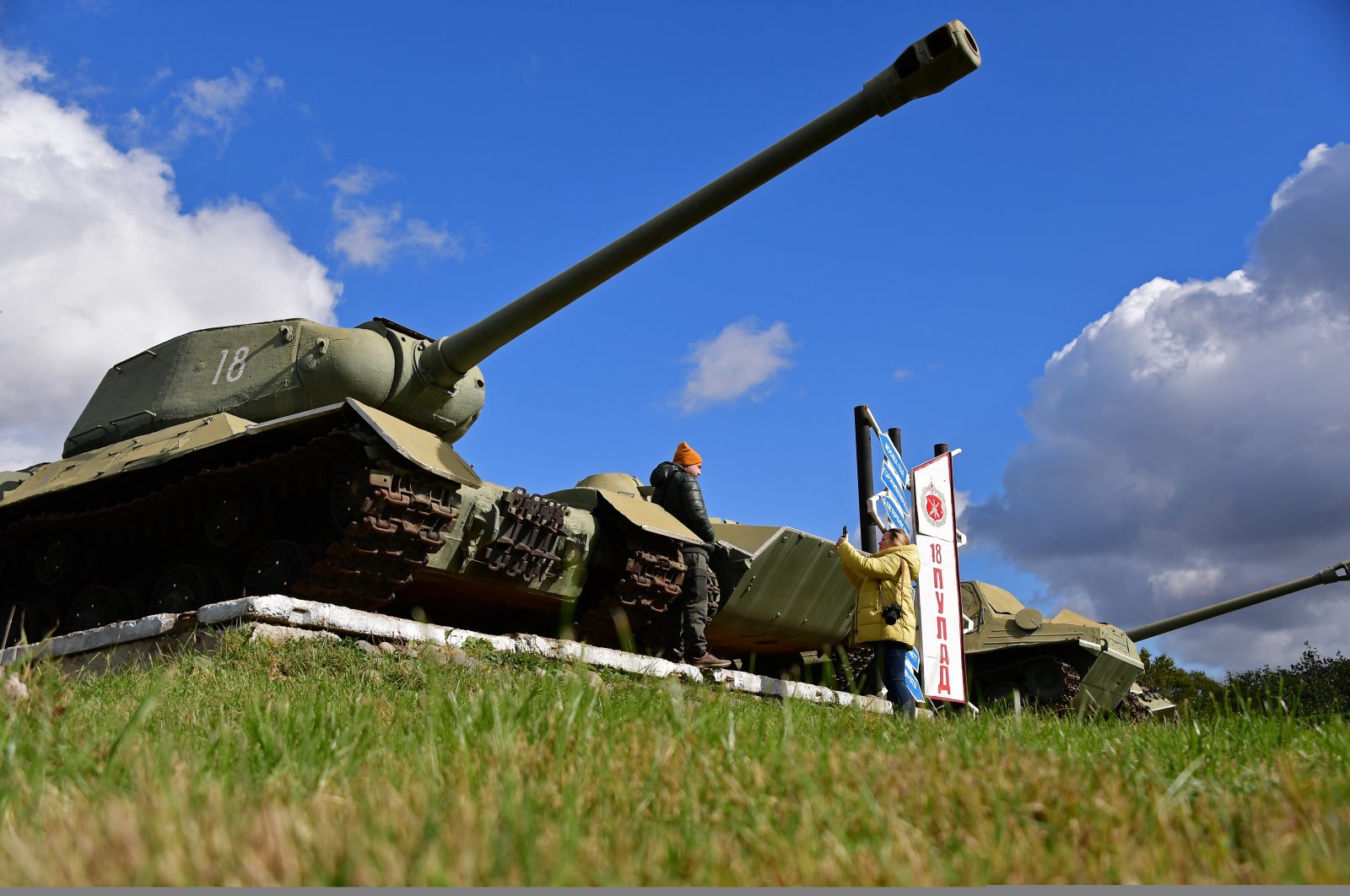 Soviet tanks-monuments of the 18th Machine Gun Artillery Division on Iturup Island, the largest one of the Kuril Islands, situated in the southern part of its Greater Kuril Chain, Sakhalin region, Russia, Oct. 16, 2020. (Photo by TASS via Reuters )
by DAILY SABAH Aug 09, 2021 4:46 pm
Edited By Ayşe Betül Bal
RECOMMENDED

Russia plans to build more than 50 military infrastructure on the disputed Kuril Islands near the Japanese border, the state TASS news agency quoted Russia's defense ministry as saying on Sunday.

The statement by the ministry noted that the construction of a total of 30 military facilities have so far been completed on the islands.

“In particular, seven hostels for military personnel have built on Iturup and Kunashir (Islands), another one will be ready this year. The new housing is fully equipped, the rooms have everything you need for life. In total, in the Kuril ridge, military builders will erect 51 objects in the foreseeable future,” the statement said.

The Kuril Islands have been a major obstacle to the normalization of the bilateral relations between Russia and Japan as well as signing a peace treaty that hasn’t yet been provided since 1945.

The bilateral ties have been hamstrung by a row dating back to the end of World War II when Soviet troops seized the southernmost islands in the Kuril chain, known as the Northern Territories in Japan that stretches for about 1,300 kilometers separating the Pacific Ocean from the Sea of Okhotsk and lies off the northeast coast of Japan’s Hokkaido.

After the annexation, the parties could not reach a conclusion in the negotiations for the signing of a peace treaty.

Russia argues that the islands should be legally returned to the USSR as a result of Japan's defeat in World War II. According to the Soviet-Japanese Joint Declaration of 1956, two of four islands, or 6% of the disputed area, were returned to Japan.