Russia to decide on Taliban's recognition after meeting in Kabul 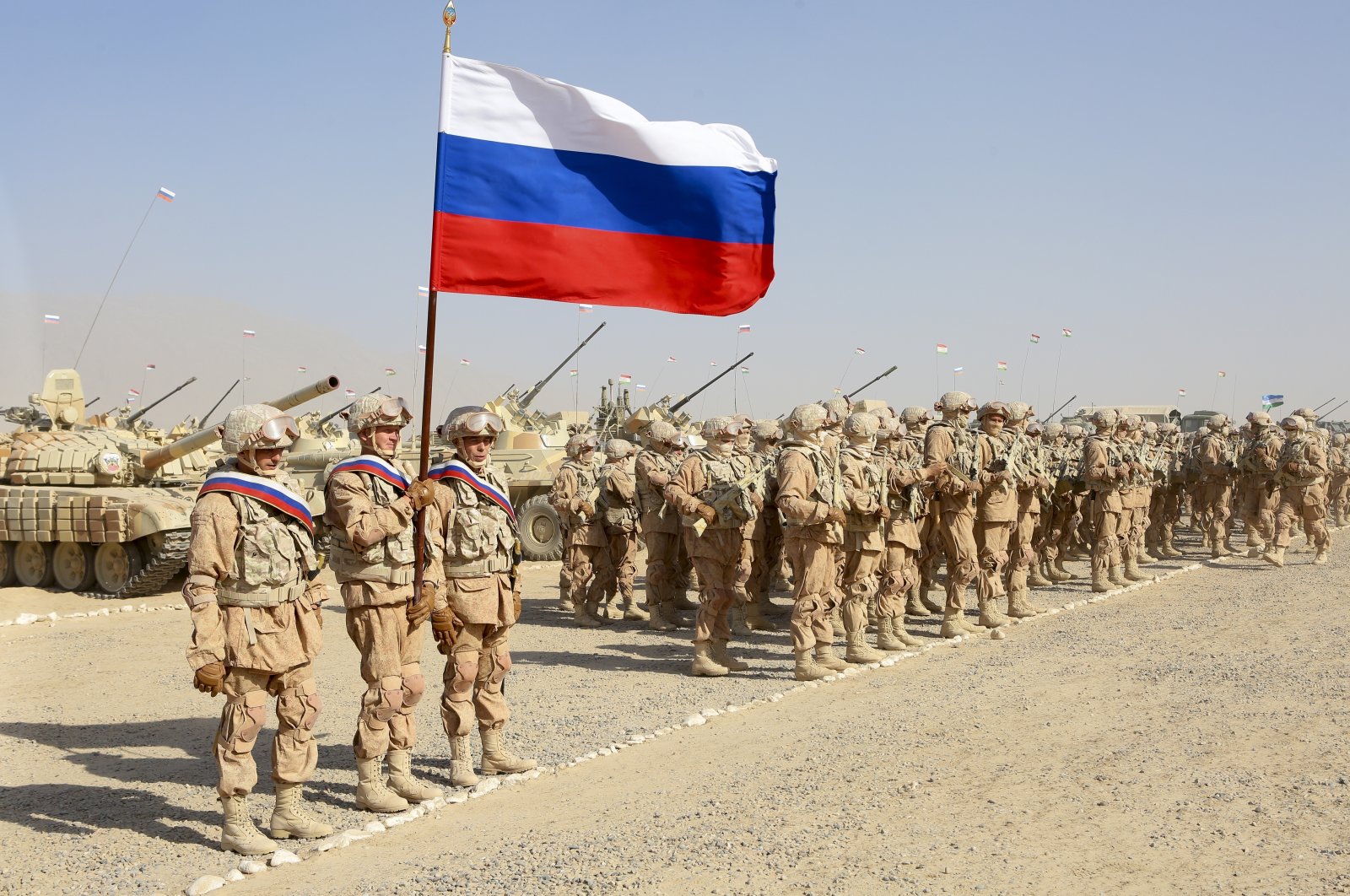 Russian troops line up before the start of joint military drills by Tajikistan and Uzbekistan at Harb-Maidon firing range about 20 kilometers (about 12 miles) north of the Tajik border with Afghanistan, in Tajikistan, Aug. 10, 2021. (AP Photo)
by French Press Agency - AFP
Aug 16, 2021 11:21 am

Russia said its ambassador to Afghanistan will meet with the Taliban in Kabul on Tuesday and that it will decide on whether to recognize the new government based on its conduct.

"Our ambassador is in contact with the Taliban leadership, tomorrow he will meet with the Taliban security coordinator," Foreign Ministry official Zamir Kabulov said in an interview with the Ekho Moskvy radio station on Monday.

He said the talks between Moscow's ambassador, Dmitry Zhirnov, and the Taliban would center on how the group plans to provide security for the Russian Embassy in the Afghan capital.

On Sunday, as the Taliban completed its military takeover of Afghanistan, Kabulov said that Russia had no plans on evacuating its embassy – though on Monday he said that "part" of its staff would be "evacuated."

Kabulov also said that Moscow will decide on recognizing the new Taliban government based "on the conduct of the new authorities."

"We will carefully see how responsibly they govern the country in the near future. And based on the results, the Russian leadership will draw the necessary conclusions," Kabulov said.

In recent years, Russia has sought to reach out to the Taliban and has hosted Taliban representatives in Moscow several times, most recently last month. Moscow is closely watching for a potential spillover of the instability into neighboring ex-Soviet Central Asian countries where Russia maintains military bases.