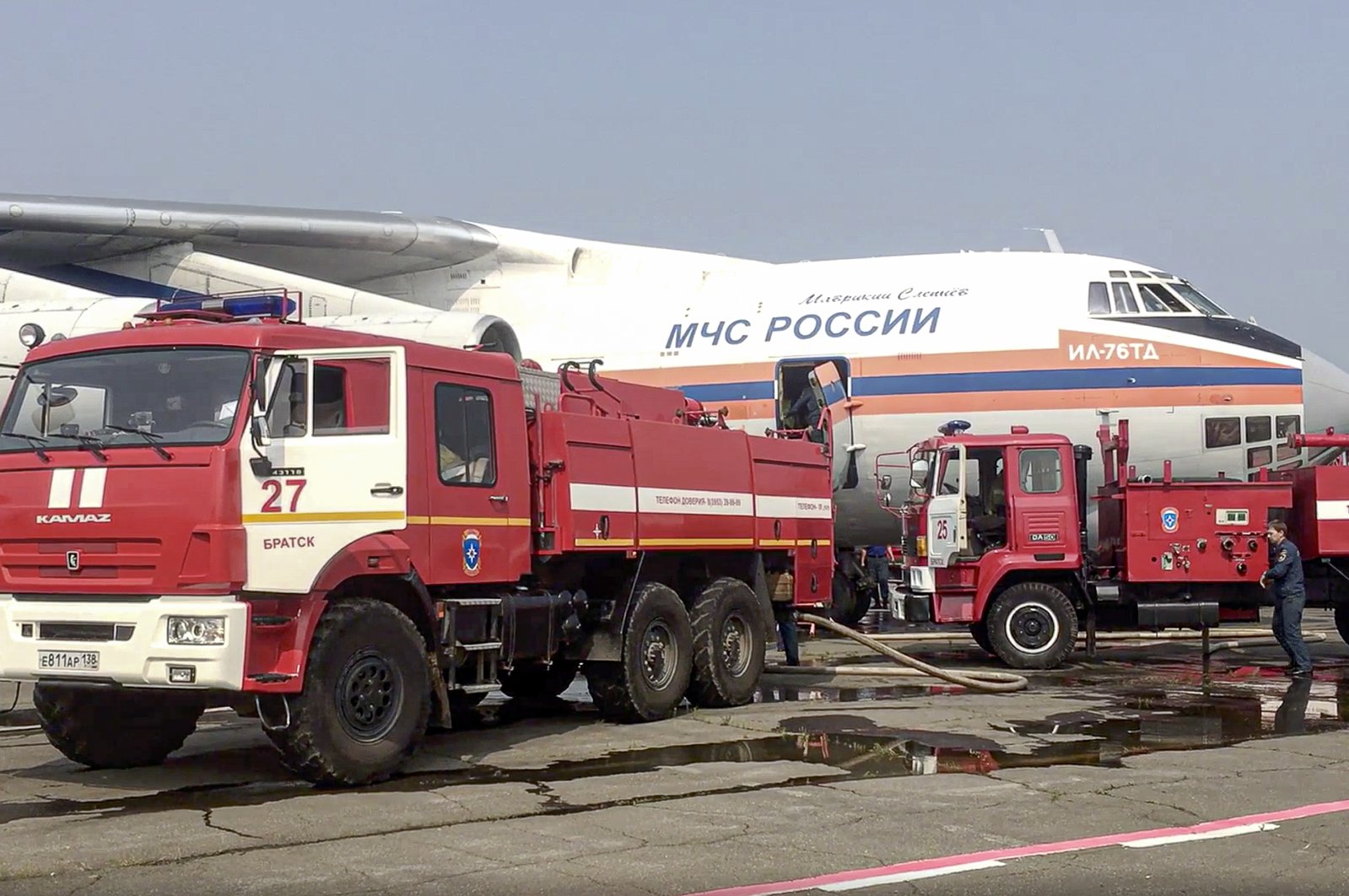 This image taken from a video provided by the Russian Ministry of Emergency Situations shows an IL-76 aircraft loading with water at an airfield in the Irkutsk region, Eastern Siberia, Russia, June 13, 2021. (AP File Photo)
by REUTERS Sep 12, 2021 10:05 pm

Four people died after a small Russian passenger plane with 16 people on board made an emergency landing in a forest in southeastern Siberia on Sunday, the Ministry of Emergency Situations said.

According to preliminary reports by local emergency services, there was an equipment failure, which the crew reported before making the hard landing, Interfax news agency reported.

Initial media reports said 11 people had been trapped inside the aircraft after it came down. Footage circulated on social media, purportedly of the landing scene, showed rescue workers with stretchers shining torches near a river at night.