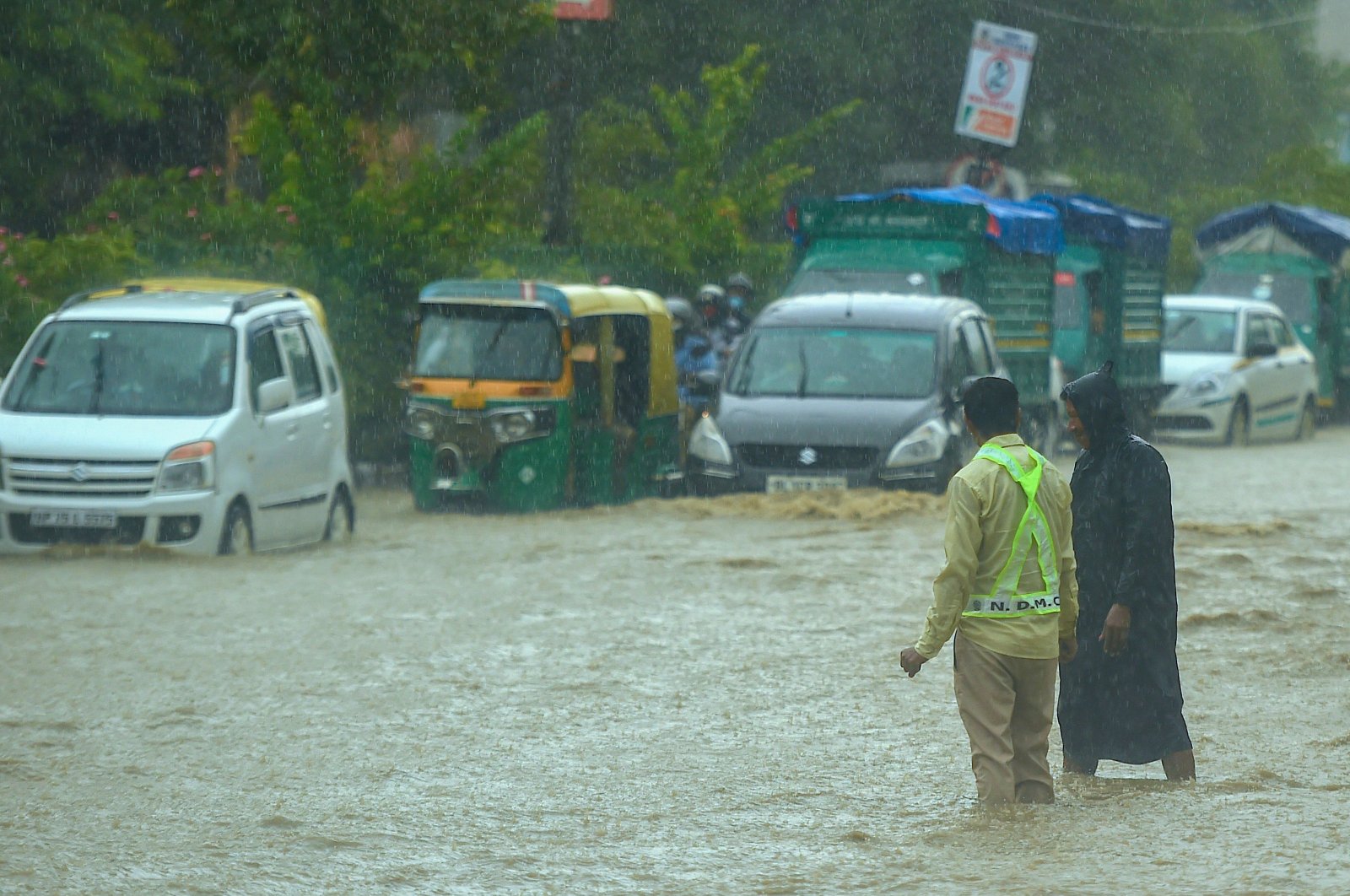 Heavy monsoon rains lashed New Delhi Wednesday, inundating roads and piling on misery for commuters in the chaotic Indian capital, as the death toll from the annual deluge across South Asia rose to nearly 1,300.

The monsoon is vital to the densely populated region, revitalizing land and waterways amid scorching summers. But it also causes widespread death and destruction.

In New Delhi, commuters battled through knee-deep waters and cars and buses were submerged as torrential rains added to traffic woes in the city of 20 million.

At a museum in Jaipur in the mostly desert state of Rajasthan, staff told Agence France-Presse (AFP) how they were forced to smash open a glass display case containing a 2,300-year-old Egyptian mummy in order to save it from rainwater flooding the ground floor.

"The workers broke the glass of the box and took the mummy out" last Friday after water levels started rising, Albert Hall Museum's superintendent Rakesh Cholak said. "The case of the coffin got a little wet but we've put it out to dry too."

The torrid conditions in recent days also hit India's northern and eastern states. Across India, 847 people have died this season, the home ministry said. In the southwestern state of Kerala, the death toll from a single landslide rose to 61 on Wednesday, with nine people still missing, an official said.

In India's poorest state Bihar, 8 million people have been hit by the floods, with thousands of displaced people sleeping on embankments and highways amid a shortage of relief camps.

This year's rains have also come in the wake of the economic devastation wrought by the coronavirus pandemic, with the loss of crops across flood-affected areas a further blow to farmers and rural communities.

In Bangladesh, 226 people have died so far with 40% of the country under water after torrential rain caused rivers to burst their banks and inundate villages.

"In terms of duration it was the second-worst floods in the country's history," said Arifuzzaman Bhuyan, the head of Bangladesh's Flood Forecasting and Warning Centre.

More than 6 million people have had their homes damaged by the floods, and tens of thousands of villagers remain in shelters, an official from Bangladesh's disaster management ministry told AFP.

Others are sleeping in shanties built on roads on higher ground, unable to return home to their submerged homes.

In flood-hit Rupangar village outside the capital Dhaka, Shahanara Begum said she has been living on the road with her family for more than a month. "It seems like bad luck doesn't leave us. Wherever we go, floodwater follows us," the 50-year-old told AFP Wednesday.

"It is very insecure to live on the road but we don't have a choice ... most of our food stocks and clothes are already ruined," added 70-year-old Maya Saha.

In Nepal, 218 people have died and 69 are missing from landslides and floods since mid-June when the monsoon began.

In the latest incident early Wednesday, six bodies were recovered and 11 people were missing after a flood swept away a remote settlement in a western district, an official said.

Nepal's monsoon toll tops 200 for most years, but experts say this year's landslips have been particularly deadly due to the continuing aftereffects of the massive 2015 earthquakes and more road construction in the country's Himalayan foothills.