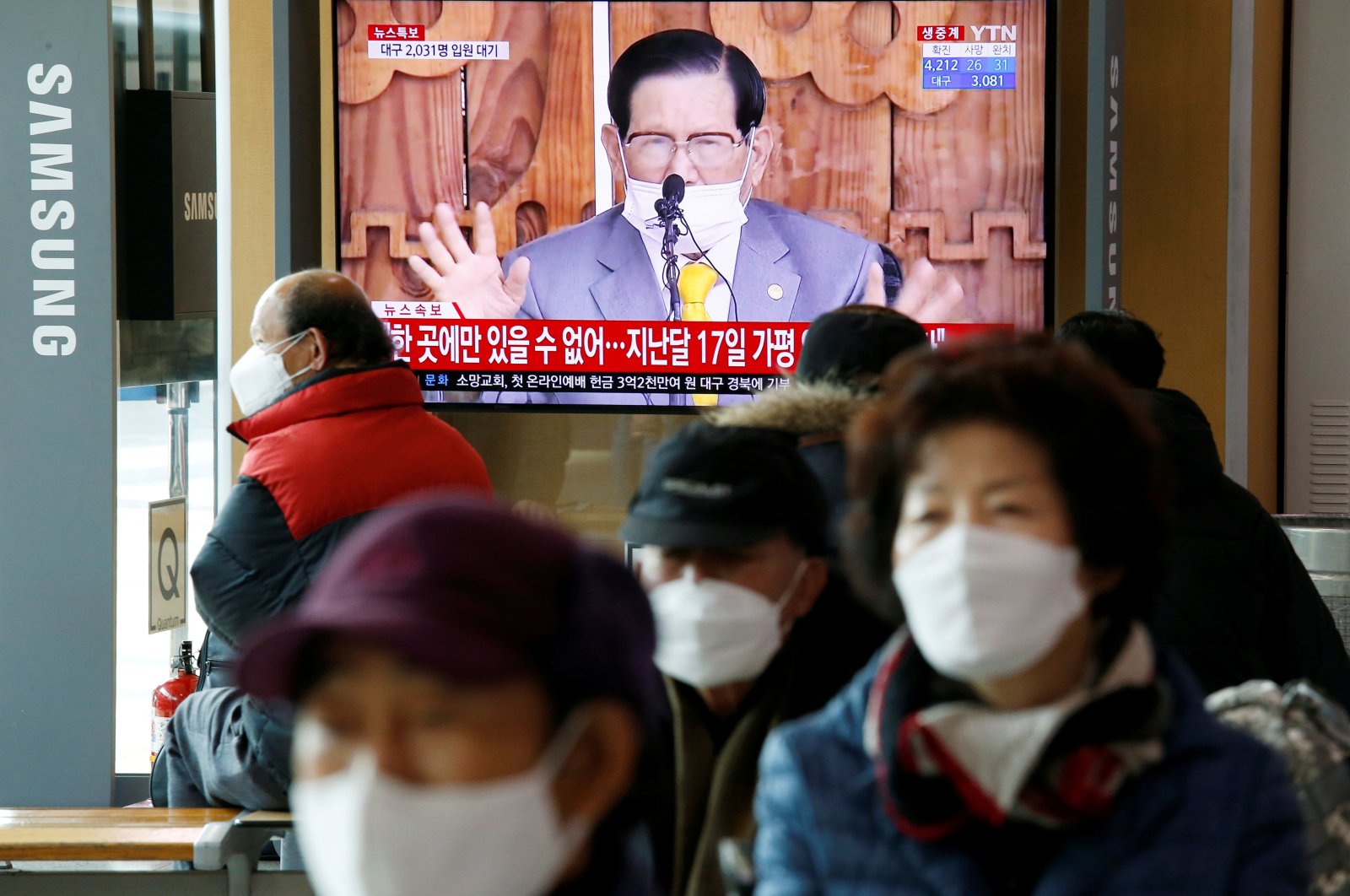 People watch a TV broadcasting a report on a news conference held by Lee Man-hee, founder of the Shincheonji Church of Jesus the Temple of the Tabernacle of the Testimony, Seoul, March 2, 2020. (REUTERS Photo)
by French Press Agency - AFP Aug 01, 2020 11:09 am
RECOMMENDED

The elderly leader of a secretive South Korean sect at the center of the country's early coronavirus outbreak was arrested on Saturday for allegedly hindering the government's effort to contain the epidemic.

Lee Man-hee, 88, is the head of the Shincheonji Church of Jesus, which is often condemned as a cult.

People linked to the church accounted for more than half of the South's coronavirus cases in February and March, when the country was enduring one of the worst early outbreaks in the world.

As of July 19, more than 5,200 Koreans who are connected with the sect were infected, making up 38% of all confirmed cases in the country, according to the Korea Centers for Disease Control and Prevention.

Lee is accused of giving inaccurate records of church gatherings and false lists of its members to health authorities.

He was taken into custody early Saturday "after the Suwon District Court granted an arrest warrant at 1:20 am," a court spokesperson told AFP.

The judge said there "have been circumstances indicating systematic attempts to destroy evidence" by Lee, Yonhap news agency reported.

Shincheonji has claimed its members face social stigma and discrimination if their beliefs become publicly known, dissuading some from responding to official inquiries.

Lee was only concerned about authorities' "excessive requests" for personal details, and "never ordered" his subordinates to withhold information, the church added.

The sect, founded in 1984, proclaims Lee has donned the mantle of Jesus Christ and will take 144,000 people with him to heaven on the day of judgment. It is known to have some 200,000 followers.

Lee is also accused of embezzling 5.6 billion won ($4.69 million) from church funds and holding religious events at public facilities without approval. He apologized back in March for the spread of the disease.

South Korea has since been returning largely to normal, appearing to have brought the outbreak under control with an extensive "trace, test and treat" program. Officials in the East Asian nation of 52 million announced 31 new cases Saturday, taking the total to 14,336.