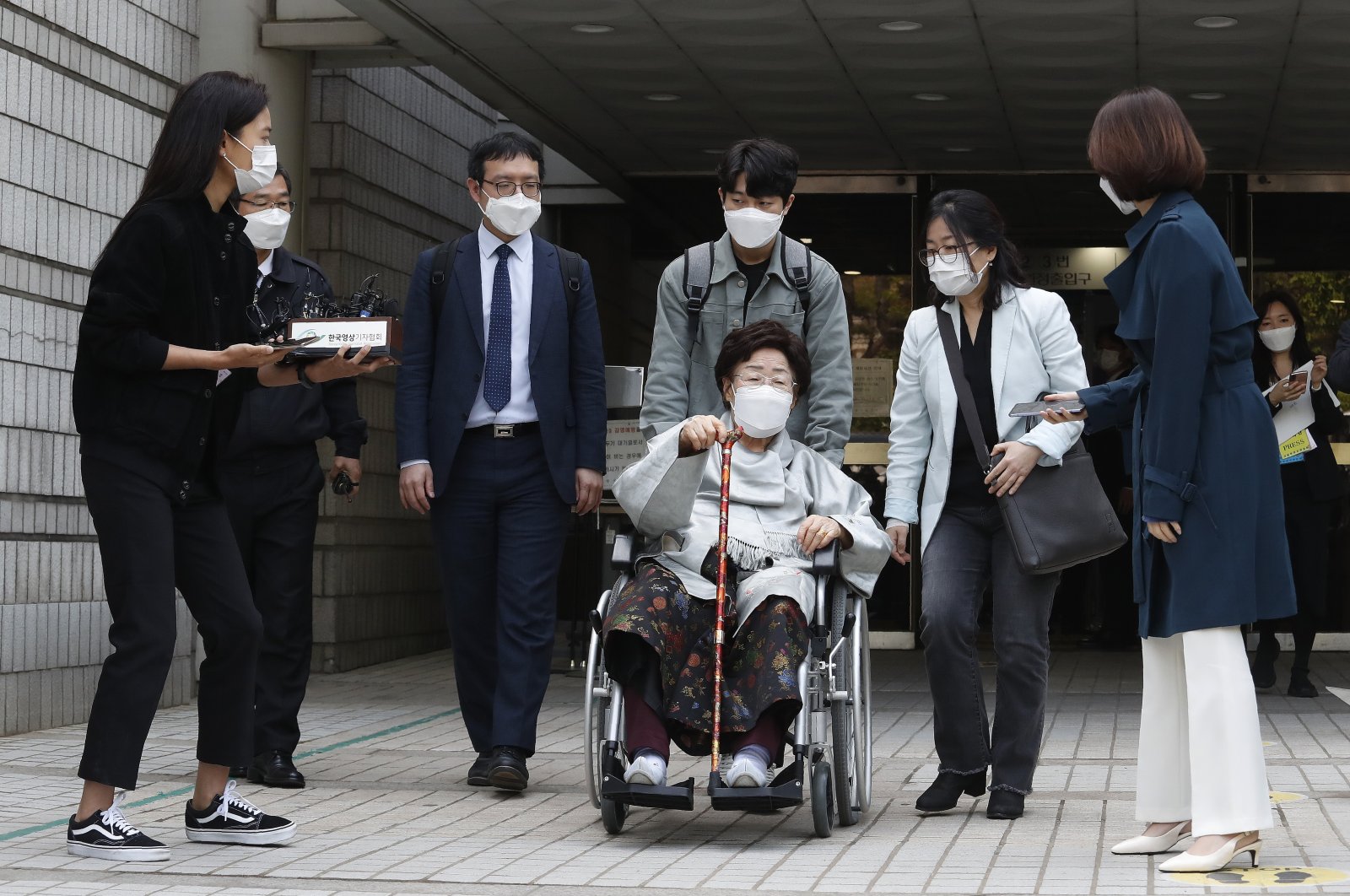 A court in South Korea dismissed Wednesday a case against the Japanese government filed by sexual slavery victims and their relatives who sought compensation.

The Seoul District Court based its decision on diplomatic considerations and principles of international law that grant states immunity from jurisdiction of foreign courts. This appeared to align with the position maintained by Tokyo, which had boycotted the court proceedings and insists all wartime compensation issues were settled under a 1965 treaty normalizing relations with South Korea.

Activists representing sexual slavery victims denounced the decision and said the Seoul Central District Court was ignoring their struggles to restore the women’s honor and dignity. They said in a statement that the plaintiffs would appeal.

It wasn’t immediately clear how the ruling would affect relations between the estranged U.S. allies. They spent years escalating their feud in public over issues stemming from Japan’s brutal occupation of Korea through end of World War II before facing pressure from the Biden administration to mend ties and coordinate action in the face of threats from China and North Korea.

Kato said he wouldn’t comment on the new ruling before examining the details more closely, but he added that Tokyo’s stance on the sexual slavery issue remains unchanged. He said the previous ruling violated international law and was unacceptable.

“Japan continues to strongly ask South Korea to take appropriate steps in order to correct the state of international violation," he said.

The 20 plaintiffs, who had sued Japanese government in 2016, included 11 women who were forced to work at Japanese military brothels during World War II and relatives of other women who have since died.

The court said international law and previous rulings from South Korea’s Supreme Court make it clear that foreign governments should be immune from civil damage suits in respect of their sovereignty.

“If we go against the (principles) of current customary international law regarding the immunity of states and deny immunity for the defendant, a diplomatic clash with the defendant will become unavoidable following the verdict and the process to forcibly execute it,” the court said in a statement.

One of the plaintiffs — 92-year-old Lee Yong-soo — has been campaigning for South Korea and Japan to settle their decades-long impasse over sexual slavery by seeking judgment from the U.N.’s International Court of Justice.

She has said it has become clear the issue cannot be resolved through bilateral talks or rulings by South Korea’s domestic courts that have been repeatedly rejected by the Japanese government, and that the friction between governments has hurt friendships between civilians.

“Regardless of the verdict, we will go to the International Court of Justice,” she told reporters after Wednesday’s ruling.

The same court in a largely symbolic ruling in January had called for the Japanese government to give 100 million won ($89,000) each to a separate group of 12 women who sued in 2013 over their wartime suffering as sex slaves.

Tens of thousands of women across Japanese-occupied Asia and the Pacific were moved to front-line brothels used by the Japanese military. About 240 South Korean women registered with the government as victims of sexual slavery by Japan’s wartime military — only 15 of whom are still alive.

Japan insists compensation issues were settled under the 1965 treaty, in which Tokyo provided $500 million in economic assistance to Seoul.

Amnesty International in a statement called Wednesday’s ruling a “major disappointment that fails to deliver justice to the remaining survivors of this military slavery system and to those who suffered these atrocities before and during World War II but had already passed away, as well as their families.”

Referring to the January court ruling, Arnold Fang, Amnesty International’s East Asia researcher, said, “What was a landmark victory for the survivors after an overly long wait is again now being called into question.”

The ruling came as the Asian U.S. allies struggle to repair their relations that sank to post-war lows in recent years over history, trade, and military issues.

Besides the impasse over sexual slavery, South Korea and Japan have feuded over South Korean court rulings that called for Japanese companies to compensate Koreans who were forced to work in factories during the war.

The countries have made little progress in repairing their relations despite South Korean President Moon Jae-in’s vow last month to build “future-oriented ties” with Tokyo. Fresh tensions have risen after Japan confirmed it would release treated radioactive water from the Fukushima nuclear plant into the ocean.

In 2015, South Korea’s previous conservative government reached a deal with Japan to “irreversibly” resolve the sexual slavery dispute. Under that deal, Japan agreed to fund a foundation to support victims in return for South Korea ceasing its criticism of Japan over the issue.

But Moon’s government took steps to dissolve the foundation after he took office in 2017, saying the 2015 deal lacked legitimacy because officials failed to properly communicate with victims before reaching it.