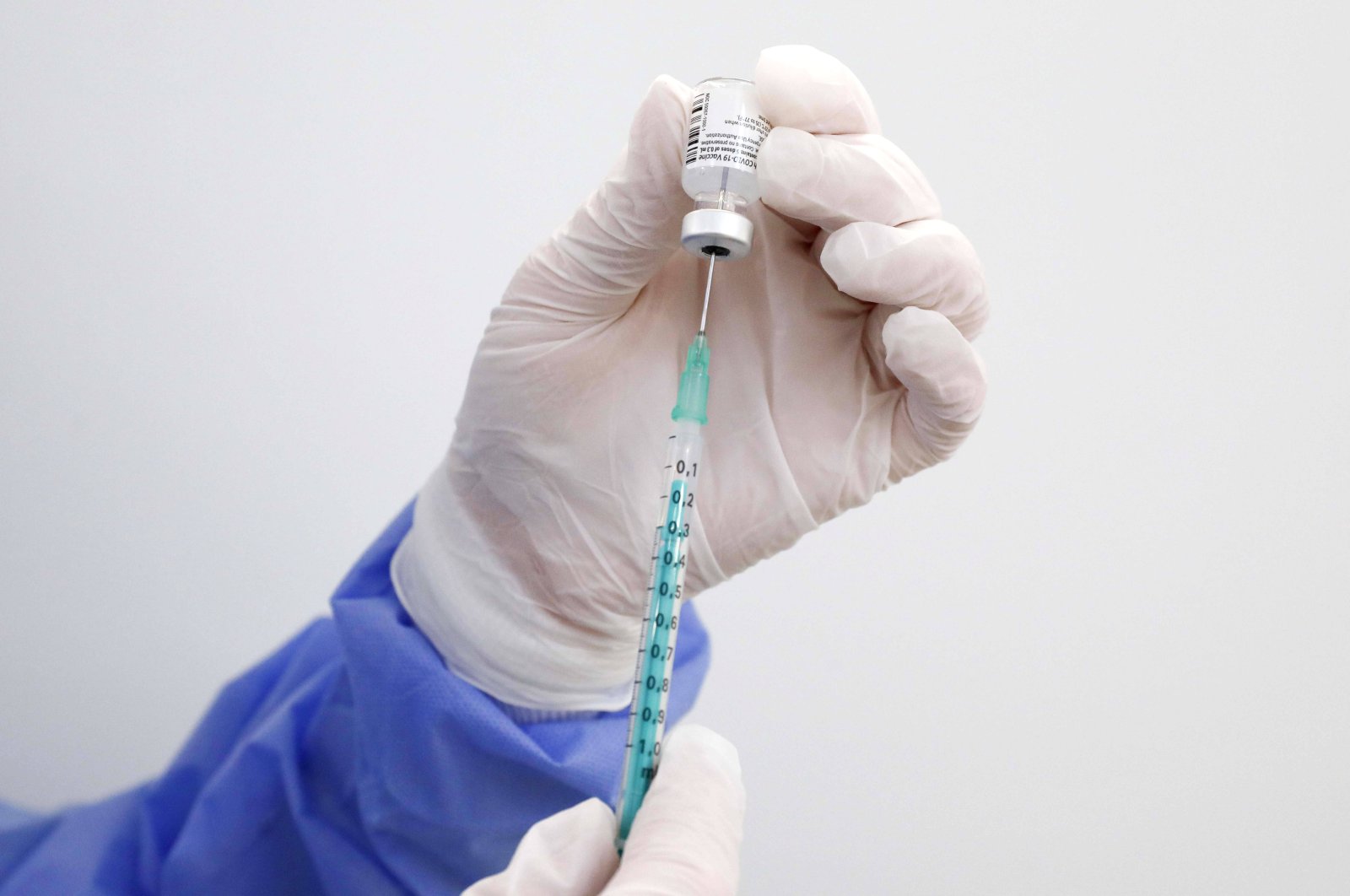 A syringe is filled with the Biontech Pfizer vaccine against COVID-19, in the vaccination center at Terminal 5 of BER airport, Feb 15, 2021, Schonefeld Brandenburg, Germany. (Reuters Photo)
by REUTERS Feb 16, 2021 9:18 am
RECOMMENDED

The fear that millions of doses of Pfizer vaccine could be wasted is growing in Japan, where an inoculation drive against COVID-19 will begin on Wednesday. The reason for this fear is a shortage of special syringes that maximize the number of shots used from each vial.

The government has made urgent requests, but manufacturers are struggling to ramp up production fast enough, creating the latest headache for Prime Minister Yoshihide Suga, who suffers from weak public support.

Japan, with a population of 126 million, last month signed a contract with Pfizer Inc. to procure 144 million doses of its vaccine, or enough for 72 million people.

One vial is meant for six shots, Pfizer says, but it takes special syringes that retain a low volume of the solution after an injection to extract six doses, while only five shots can be taken with standard syringes that the government has stored up in preparation for the inoculation drive.

When asked last week, Kato did not directly answer questions whether the shortage of the ideal syringe meant the number of shots Japan can administer would be reduced, but on Tuesday he conceded that without it there would be waste.

"When it comes to what's left in vials and syringes, what's unused will be disposed of," Kato said.

Both a Pfizer Japan spokesperson and a Japanese health ministry official declined to say whether the contract to supply Japan with 144 million doses of vaccine by the end of the year is based on six doses being taken from each vial.

Inoculating Japan's population swiftly is a top priority for Suga's government as he is determined to hold the Tokyo Olympics this summer after the games were postponed for a year due to the coronavirus pandemic.

In a bid to minimize the amount of vaccine left unused in syringes and vials, the government is asking medical equipment manufacturers to boost output of the low dead-space syringes, but there are doubts about whether that can be done quickly enough.

Nipro Corp., which runs a Thailand plant capable of making 500,000 units a month, said it planned to boost its monthly capacity to a few million, but that it would take up to five months to reach that goal.

"We are getting a request from the health ministry, and we need to take some steps. But it's not something we can do overnight. It's another four to five months before we can ramp up sharply," a Nipro spokesperson said.

Another major Japanese medical gear maker Terumo Corp said it had started developing syringes fit for extracting six doses from a vial but that it was too early to say when it can start commercial output.

Although daily cases have been in decline in recent weeks in Japan after peaking in early January, Tokyo and nine other prefectures are still under the coronavirus state of emergency.

Japan has seen cases total around 418,000, with 7,042 deaths, according to public broadcaster NHK.