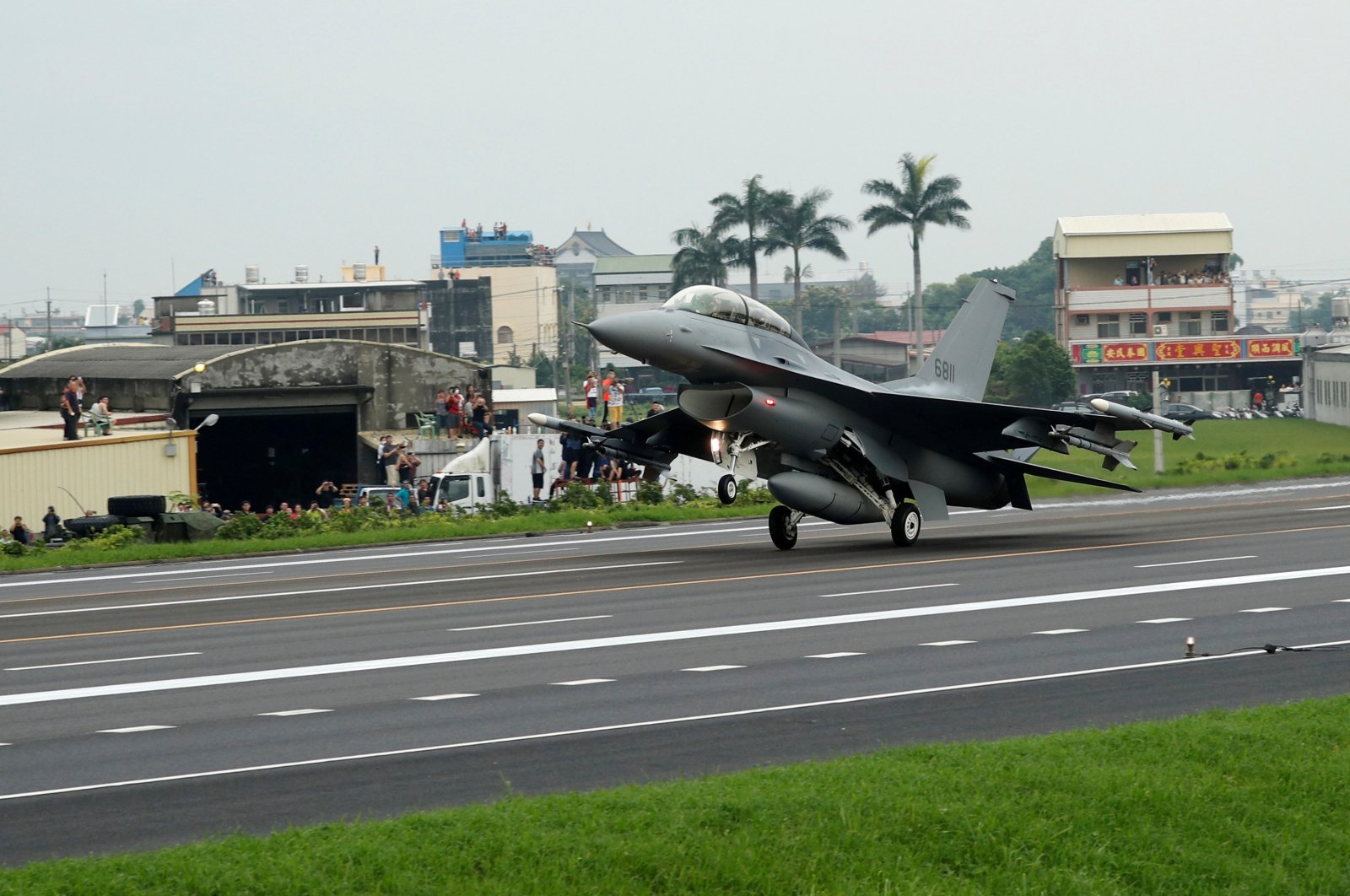 Two Taiwanese fighter jets crashed Monday in the third such incident in the past half-year, at a time when the Beijing-claimed island's armed forces are under increasing pressure to intercept Chinese aircraft on an almost daily basis.

While Taiwan's air force is well trained and well equipped, mostly with U.S.-made equipment, it is dwarfed by China's. Beijing views the democratic island as its own territory and has never renounced the use of force to bring it under Chinese control.

Taiwan's air force said two air force F-5E fighters, each with one pilot aboard, crashed into the sea off the island's southeastern coast after they apparently collided in midair during a training mission.

One pilot was found and airlifted to hospital by helicopter but later died, while the other is missing, air force chief of staff, Huang Chih-Wei told reporters, adding the aircraft were in good working order.

The air force has now grounded the F-5 fleet and suspended all training missions, he said. The U.S.-built F-5 fighters first entered service in Taiwan in the 1970s and have been mostly been retired from front-line activities, though some are still used for training and as a back-up for the main fleet.

Another F-5 crashed in October, killing the pilot. The following month a much more modern F-16 crashed off Taiwan's east coast, and its pilot also died. In January of last year, Taiwan's top military official was among eight people killed after a helicopter carrying them to visit soldiers when it crashed in a mountainous area near the capital Taipei.

The incidents have raised concern about both training and maintenance, but also the pressure the air force is under to respond to repeated Chinese flights near the island. Taiwan's Defence Ministry has warned that Chinese aircraft, including drones, are flying repeatedly in Taiwan's air defense identification zone, seeking to wear out Taiwan's air force.