Taiwan military says it has right to counterattack amid China threats 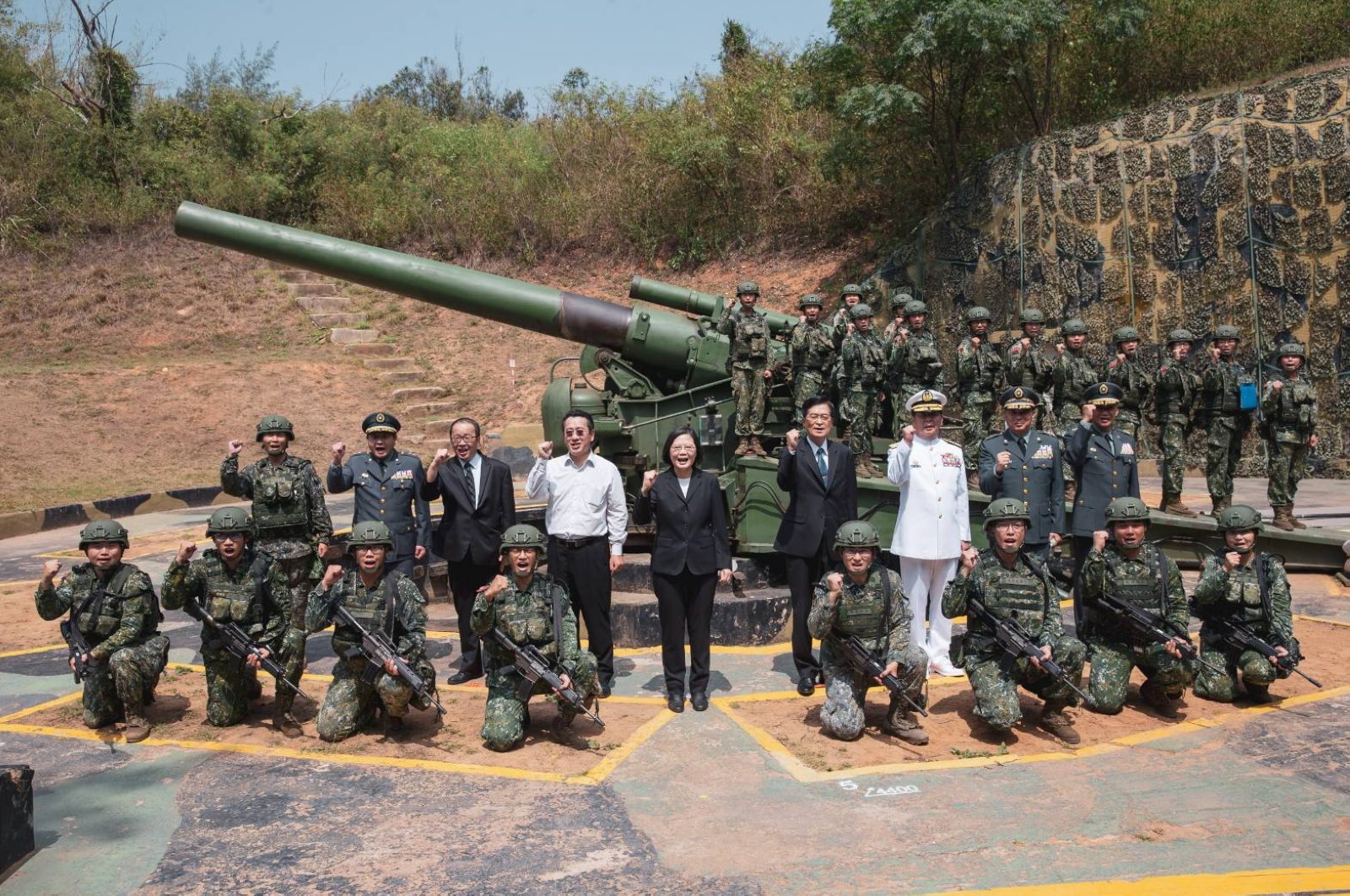 A handout photo made available by the Taiwan Presidential Office, shows Taiwan President Tsai Ing-wen (C) pose for a photograph next to military personnel during her visit to attend the 62nd anniversary of the Second Taiwan Strait crisis in Kinmen, Taiwan, Aug. 23, 2020. (EPA Photo)
by REUTERS Sep 21, 2020 9:22 am
RECOMMENDED

Taiwan said on Monday its armed forces have the right to self-defense and counterattack amid "harassment and threats" in an apparent warning to China, which last week sent numerous jets across the midline of the sensitive Taiwan Strait.

Tensions have sharply spiked in recent months between Taipei and Beijing, which claims democratically run Taiwan as its own territory, to be taken by force if needed.

Multiple Chinese aircraft flew across the midline of the Taiwan Strait and into the island's air defense identification zone on Friday and Saturday, prompting Taiwan to scramble jets to intercept and President Tsai Ing-wen to call China a threat to the region.

Taiwan's defense ministry said in a statement it had "clearly defined" procedures for the island's first response amid "high frequency of harassment and threats from the enemy's warships and aircraft this year."

It said Taiwan had the right to "self-defense and to counterattack" and that it followed the guideline of "no escalation of conflict and no triggering incidents".

Taiwan would not provoke but is also was "not afraid of the enemy," it added.

The Chinese drills took place last week as Beijing expressed anger at the visit of a senior U.S. official to Taipei.

China has been angered by stepped-up U.S. support for Taiwan, including two visits in as many months by top officials, one in August by Health Secretary Alex Azar and the other last week by Keith Krach, undersecretary for economic affairs.

The United States, which has no official diplomatic ties with the island but is its strongest international backer, is also planning major new arms sales to Taiwan.

China this month held rare large-scale drills near Taiwan, which Taipei called serious provocation. China said the exercise was a necessity to protect its sovereignty. (Reporting by Yimou Lee Editing by Robert Birsel)