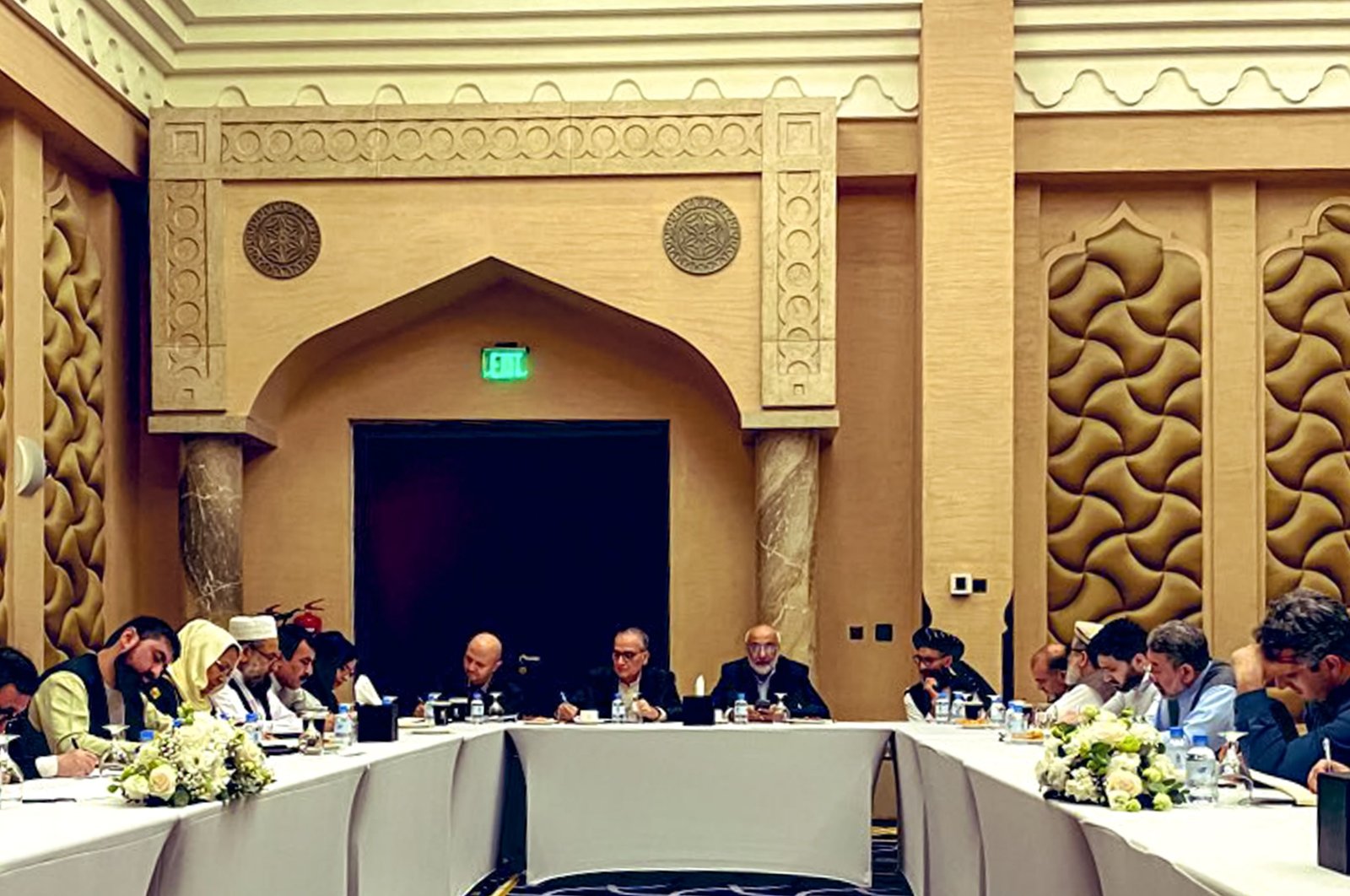 In this file handout picture provided by the Afghanistan Peace Negotiation Team and taken on Sept. 15, 2020, negotiators from the government of Afghanistan prepare before their meeting with representatives of the Taliban (unseen) in Qatar's capital Doha on the fourth day of talks aimed at concluding a peace deal to end nearly two decades of war. (Afghanistan Peace Negotiation Team Photo via AFP)
by Agencies Oct 06, 2020 12:01 pm
RECOMMENDED

Okinawa marks 50 years of end to US rule, urges for reducing bases

Taliban officials and Afghan representatives have agreed on a code of conduct that sets ground rules to advance their peace talks in Doha, three official sources said Tuesday.

The breakthrough was achieved with the help of U.S. officials, as the two sides drew up 19 ground rules that their negotiators should observe during talks, the sources said.

While the talks have been taking place in Qatar's capital Doha, scores of Afghan soldiers and Taliban fighters have been killed in clashes and suicide attacks in which dozens of civilians have also died in recent weeks.

"Firming up code of conduct was extremely crucial as it proves that both sides are willing to continue talks even as we see that violence has not reduced on the ground," said one senior Western diplomat on conditions of anonymity.

Negotiations between the Afghan government and the insurgent Taliban started last month in Qatar's capital and are aimed at ending decades of war in Afghanistan.

Ghani's visit came as representatives of the Afghan government and the Taliban continue to engage in agenda-setting talks for the landmark intra-Afghan talks in the Gulf country since Sep. 12.

The intra-Afghan talks are part of a landmark deal signed between the United States and the Taliban in February.

Under the deal, foreign forces will leave Afghanistan by May 2021 in exchange for counter terrorism guarantees from the Taliban, which agreed to negotiate a permanent cease-fire and a power-sharing formula with the Afghan government.

"The ground rules will serve as a foundation as both sides are making an effort to prevent a collapse," said a second senior official in Doha overseeing the talks.

A ceasefire is a top priority for the Afghan officials and the western diplomats who are facilitating these talks.

However, analysts believe the Taliban would not agree to a comprehensive ceasefire since clashes with Afghan forces and violence gives them leverage at the negotiation table.

Okinawa marks 50 years of end to US rule, urges for reducing bases