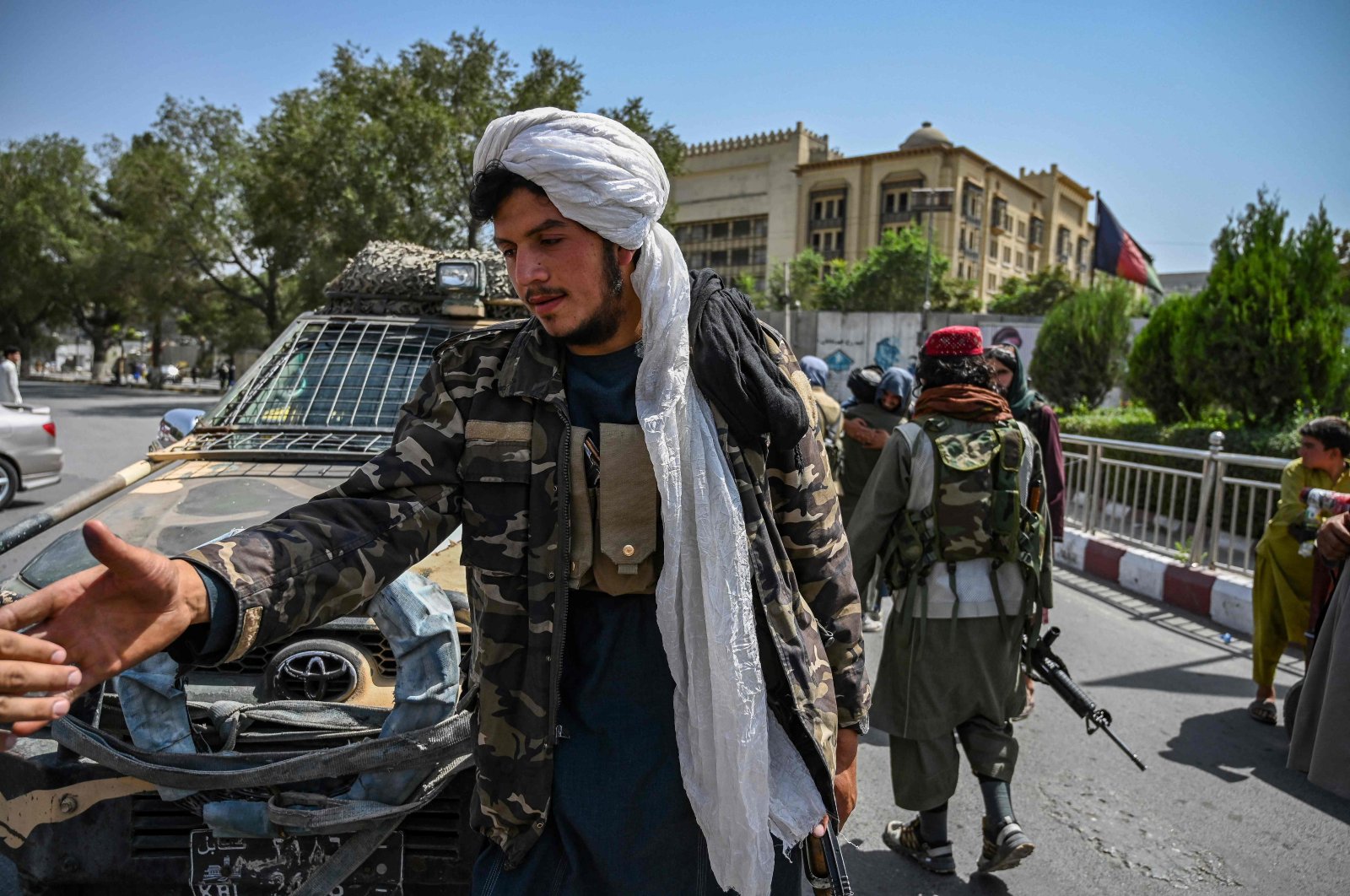 All government officials would be offered amnesty by the Taliban, the militant group said Tuesday, as they urged all of them, including women, to return to work, two days after taking power following a lightning sweep through the country.

Enamullah Samangani, a member of Taliban's cultural commission, made the comments Tuesday on Afghan state television, which the militants now control. He said that the Taliban "do not want women to be victims."

He added: “The structure of government is not fully clear, but based on experience, there should be a fully Islamic leadership and all sides should join.”

Many Afghans fear a return to the Taliban’s oppressive rule. The group had previously governed Afghanistan under a perverted interpretation of religious law in which women were forbidden to work or attend school, and could not leave their homes without a male relative accompanying them.

Salima Mazari, one of the few female district governors in the country, expressed fears about a Taliban takeover Saturday in an interview from Mazar-e-Sharif, before it fell.

“There will be no place for women,” said Mazari, who governs a district of 36,000 people near the northern city. “In the provinces controlled by the Taliban, no women exist there anymore, not even in the cities. They are all imprisoned in their homes.”

In a statement late Saturday, however, the Taliban insisted their fighters wouldn't enter people's homes or interfere with businesses.

Taliban said that it "once again assures all its citizens that it will, as always, protect their life, property and honor and create a peaceful and secure environment for its beloved nation."

“In this regard, no one should worry about their life.”

Despite the pledge, those who can afford a ticket have been flocking to Kabul Hamid Karzai International Airport, the only way out of the country.