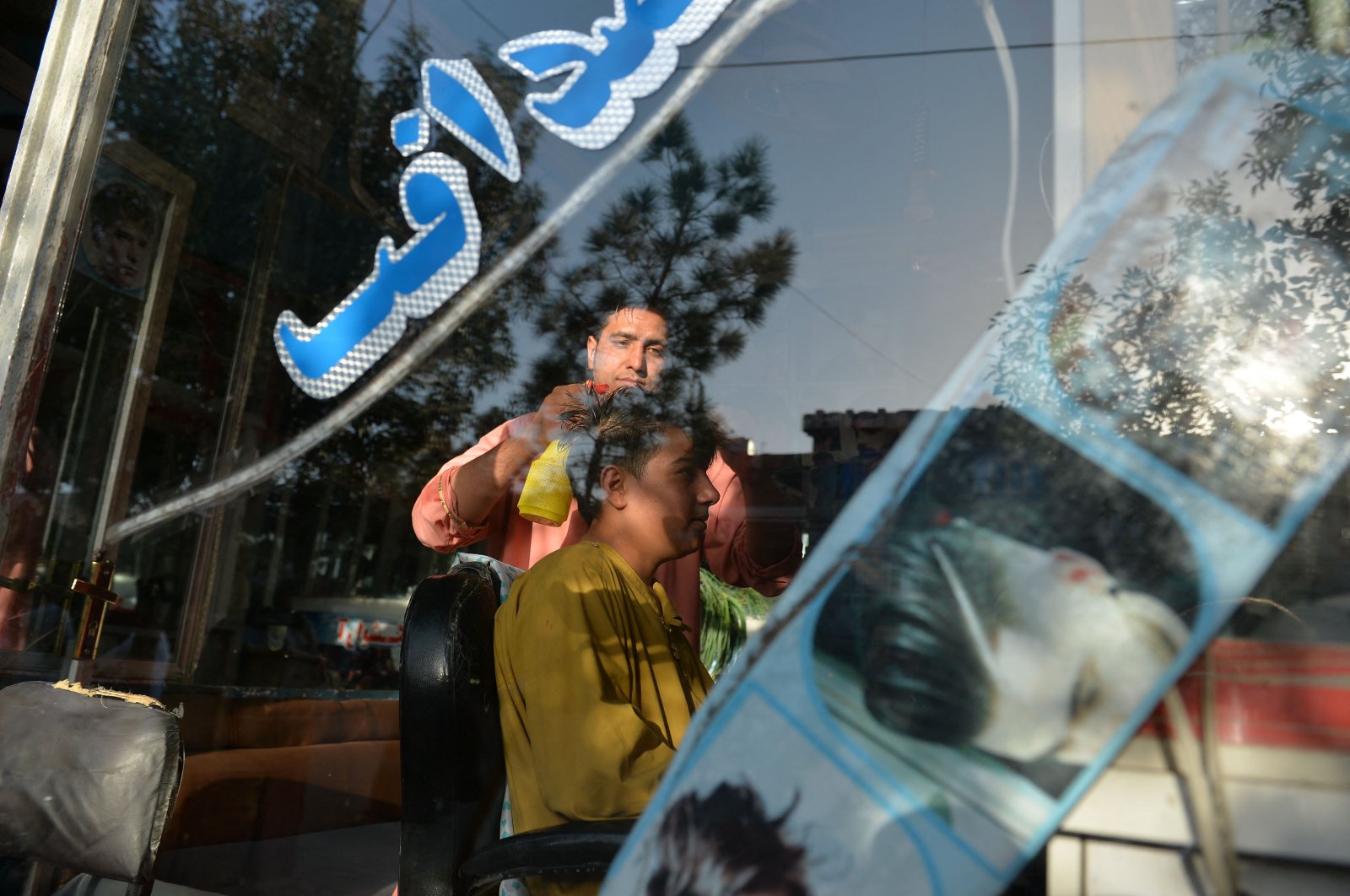 No barbershop is allowed to shave or trim beards in a southern Afghanistan province as of Monday with the newly announced ban from the Taliban, who claim their edict is in line with Shariah, or Islamic law.

The order in Helmand province was issued by the provincial Taliban government's vice and virtue department to barbers in Lashkar Gah, the provincial capital.

"Since I have heard (about the ban on trimming beards) I am heart broken," said Bilal Ahmad, a Lashkar Gah resident.

"This is the city and everyone follows a way of living, so they have to be left alone to do whatever they want.”

During their previous rule of Afghanistan, the Taliban adhered to a perverted interpretation of Islamic law.

Since overrunning Kabul on Aug. 15 and again taking control of the country, the world has been watching to see whether they will re-create their strict governance of the late 1990s, Some indication came on Saturday, when Taliban fighters killed four alleged kidnappers and later hung their bodies in the public squares of the western city of Herat.

"If anyone violates the rule (they) will be punished and no one has a right to complain,” said the order issued to the barbers. It wasn't immediately clear what penalties the barbers could face if they don't adhere to the no shaving or trimming rule. During the Taliban’s previous rule, the conservative Islamists demanded that men grow beards.

Since being ousted from power following the U.S.-led invasion in 2001, shaved or cleanly trimmed beards have become popular in the country. Barbershop owner Jalaluddin, who like many Afghans goes by only one name, said he hoped the Taliban would reconsider their demands.

"I request our Taliban brothers to give freedom to people to live the way they want, if they want to trim their beard or hair," he said.

"Now we have few clients coming to us, they are scared, they don’t want to trim their hair or beards, so I request them let people free, so we have our business and people can freely come to us.”

Another barbershop owner, Sher Afzal, also said the decree hurts the bottom line. "If someone comes for a haircut, they will come back to us after 40 to 45 days, so it is affecting our business like any other businesses,” he said.