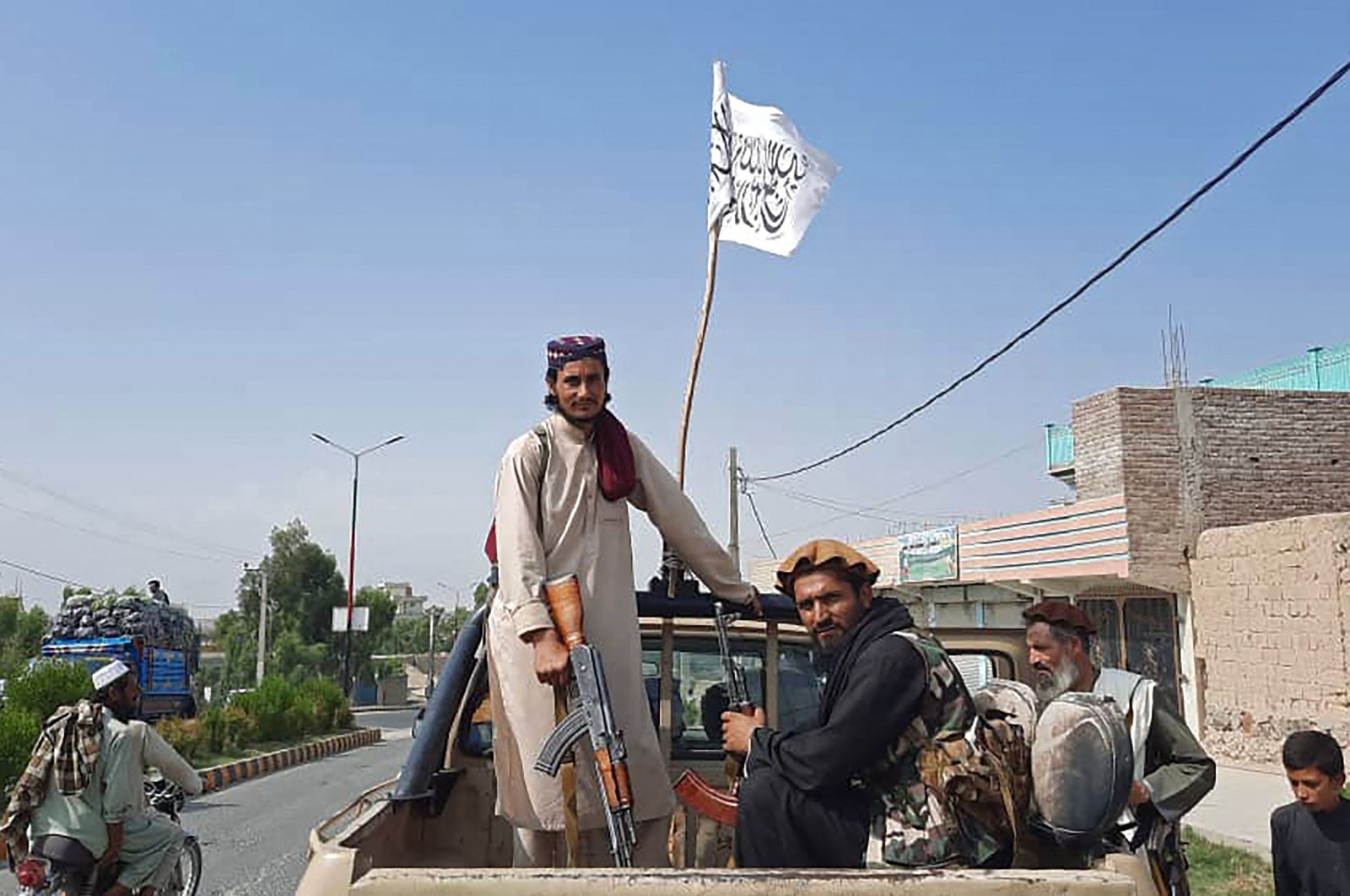 "The Islamic Emirate instructs all its forces to stand at the gates of Kabul, not to try to enter the city," a spokesperson for the Taliban tweeted, although some residents reported insurgents had peacefully entered some outer suburbs.

Taliban fighters entered the outskirts of Kabul on Sunday while panicked workers fled government offices and helicopters landed at the U.S. Embassy in the Afghan capital as the militants' further tightened their grip on the country. Three Afghan officials told The Associated Press (AP) that the Taliban were in the districts of Kalakan, Qarabagh and Paghman in the capital.

The militants later pledged not to take the capital "by force” as sporadic gunfire could be heard in the capital.

"No one’s life, property and dignity will be harmed and the lives of the citizens of Kabul will not be at risk," the Taliban said. In a nationwide offensive that has taken just over a week, the Taliban has defeated, co-opted or sent Afghan security forces fleeing from wide swaths of the country, even with some air support by the U.S. military.

Rapid shuttle flights of Boeing CH-47 Chinook helicopters near the embassy began a few hours later after the militants seized the nearby city of Jalalabad. Diplomatic armored SUVs could be seen leaving the area around the post.

The U.S. State Department did not immediately respond to questions about the movements. However, wisps of smoke could be seen near the embassy's roof as diplomats urgently destroyed sensitive documents, according to two American military officials who spoke on condition of anonymity because they were not authorized to discuss the situation. Sikorsky UH-60 Black Hawk helicopters, which typically carry armed troops, later landed near the embassy as well.

The Czech Republic also approved a plan to begin withdrawing their Afghan staff from their embassy after earlier taking their diplomats to Kabul International Airport. President Ashraf Ghani, who spoke to the nation Saturday for the first time since the offensive began, appears increasingly isolated as well. Warlords he negotiated with just days earlier have surrendered to the Taliban or fled, leaving Ghani without a military option. Ongoing negotiations in Qatar, the site of a Taliban office, also have failed to stop the insurgents' advance.

Thousands of civilians now live in parks and open spaces in Kabul itself, fearing the future. Some ATMs stopped distributing cash as hundreds gathered in front of private banks, trying to withdraw their life savings. Gunfire erupted at several points, though the Afghan presidency sought to downplay the shooting.

"The defense and security forces along with the international forces working for the security of Kabul city and the situation is under control,” the presidency said amid the chaos.