Taliban: 'Working relationship' with US forces at Kabul airport 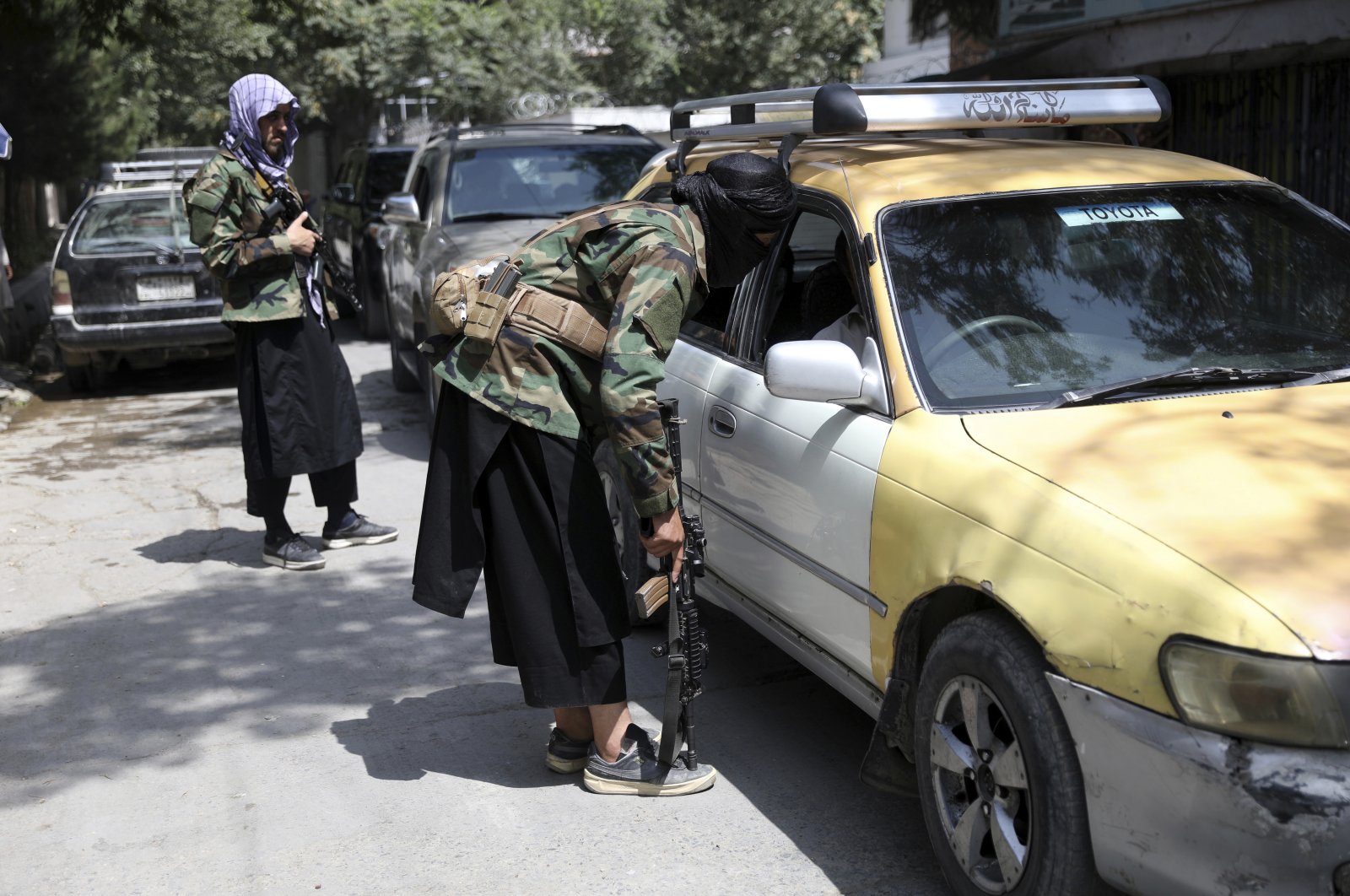 Taliban fighters search a vehicle at a checkpoint on the road in the Wazir Akbar Khan neighborhood in the city of Kabul, Afghanistan, Sunday, Aug. 22, 2021. (AP Photo)
by German Press Agency - DPA Aug 22, 2021 2:45 pm

The Taliban have a "working relationship" with the U.S. regarding security arrangements at Kabul Hamid Karzai International Airport, a member of the militant group's cultural commission told broadcaster Al-Jazeera.

According to Abdul Kahar Balchi, the checkpoints outside the airport premises were under the control of the militants, while those inside were controlled by U.S. forces.

"They are in constant contact with each other," the spokesman added.

He added that it was "unfortunate" people were rushing to the airport in an attempt to get out of Afghanistan, saying their fear and hysteria were unfounded because the Taliban had issued a general amnesty, including for the security forces.

Balchi further said that the Taliban had not intended to enter Kabul.

Rather, the militants had planned to find a political solution before doing so and were looking to set up a government with other forces. He also said that everyone had been surprised by the speed of the developments.

Since taking power in the country last Sunday, the Taliban have been slow to resume basic state functions. In part, they have called on former government employees to return to their positions. At the same time, talks are underway with other political forces to form a government.

However, how the country should be run in the future and what kind of government it should have remains largely unclear.