Tens of thousands of protesters partake in Thailand pro-democracy rally 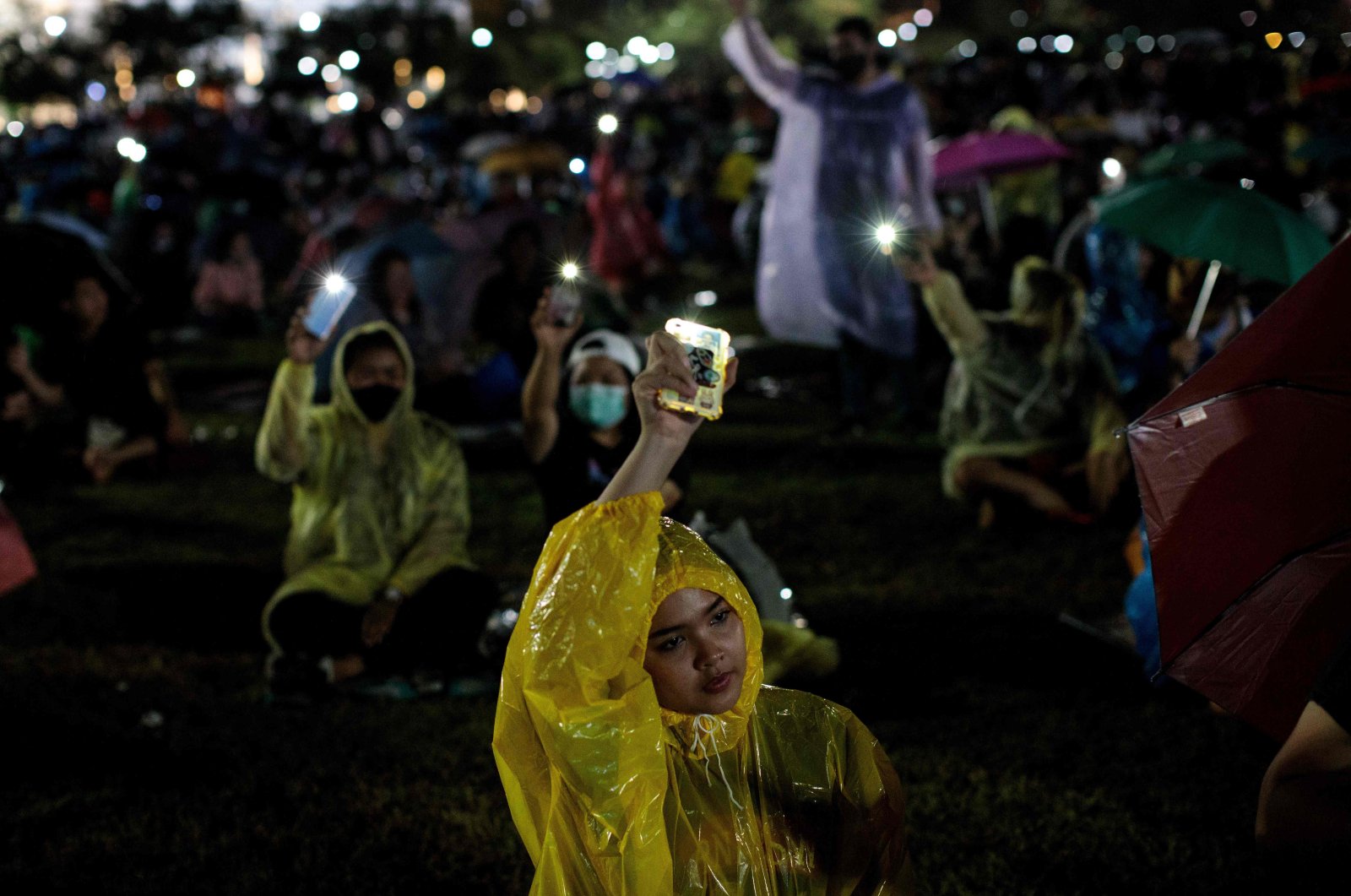 Tens of thousands of pro-democracy protesters massed close to Thailand's royal palace Saturday, in a huge rally calling for Prime Minister Prayut Chan-ocha to step down and demanding reforms to the monarchy.

The kingdom has seen near-daily gatherings of youth-led groups since mid-July calling for the resignation of Prayut, the former army chief behind the 2014 coup, and a complete overhaul of his administration.

Some are also demanding reforms to Thailand's ultra-wealthy and powerful monarchy – a once-taboo topic in the country due to its tough royal defamation laws.

But the weekend's demonstration is organized by students of Bangkok's Thammasat University – a group that has been among the most vocal about the royal family's role in Thailand.

History teacher Patipat, 29, said the government wouldn't be able to ignore the event.

"Today is one of the turning points in Thai history," he told Agence France Presse (AFP).

Bangkok's Metropolitan Police Bureau said more than 15,000 protesters had gathered around the university's downtown campus and the surrounding area by nightfall, though protest organizers claim a much higher turnout.

AFP reporters on the ground estimated a crowd size closer to 30,000.

This would make it one of the largest gatherings the kingdom has seen since the 2014 coup.

Flooding into the historic Sanam Luang field in front of the Royal Palace, LGBT activists unfurled rainbow flags as protesters marched in waving a three-fingered salute, a symbol for democracy taken from the Hunger Games film trilogy.

Student leaders have also vowed to push for reform to the monarchy, asserting that they hope "to adapt it to society."

"I believe the institution can be modernized," said a rallygoer in his mid-20s, declining to be named.

Another protester wore a fake crown and a shirt that said "please realize this country belongs to the people."

Demonstrators have said they will spend the night at Sanam Luang before marching to the Government House Sunday morning – a move authorities have warned against.

Some 10,000 uniformed and plainclothes police patrolled the area as the crowd grew. Tents were set up by protesters selling T-shirts, flags and beer.

'No future' for children?

A cycle of violent protests and coups has long plagued Thailand, with the arch-royalist military stepping in to stage more than a dozen putsches since the end of royal absolutism in 1932.

The latest wave of student-led demonstrations has largely been peaceful.

But unprecedented calls from some protesters for frank discussions about the monarchy have sent shockwaves through the kingdom.

King Maha Vajiralongkorn sits at the apex of Thai power, buttressed by the kingdom's military and billionaire clans, and commands an estimated fortune of up to $60 billion.

The student demands include greater accounting of the palace's finances, the abolition of royal defamation laws and a call for the king to stay out of politics.

They also want a rewrite of the 2017 military-scripted constitution, which they say tilted last year's election in Prayut's favor, and for the government to stop "harassing" political opponents.

So far, authorities have arrested more than two dozen activists, including "Penguin," charging them with sedition before releasing them on bail.

The weekend demonstrations will prove a test for the pro-democracy movement, analysts say, who question if their support base will grow beyond the social media-savvy youth.

Sept. 19 is also the 14th anniversary of a coup that ousted then-premier Thaksin Shinawatra from power – which the self-exiled billionaire took as an opportunity to weigh in on Thailand's current state.

"The children do not see any future," Thaksin said in a statement released Saturday, which did not explicitly voice support for the movement.

Also significant is the location of the Thammasat campus – the site of a massacre in 1976 when students protesting the return of a military dictator were shot, beaten to death and lynched by state forces and royalist mobs.

Prayut has vowed authorities will use "soft measures" on the protesters "because they are children."

Demonstrators gathered in front of Tokyo's famed Shibuya station Saturday in solidarity with the Bangkok protesters, with further rallies planned in a dozen countries, including the United States and Germany.