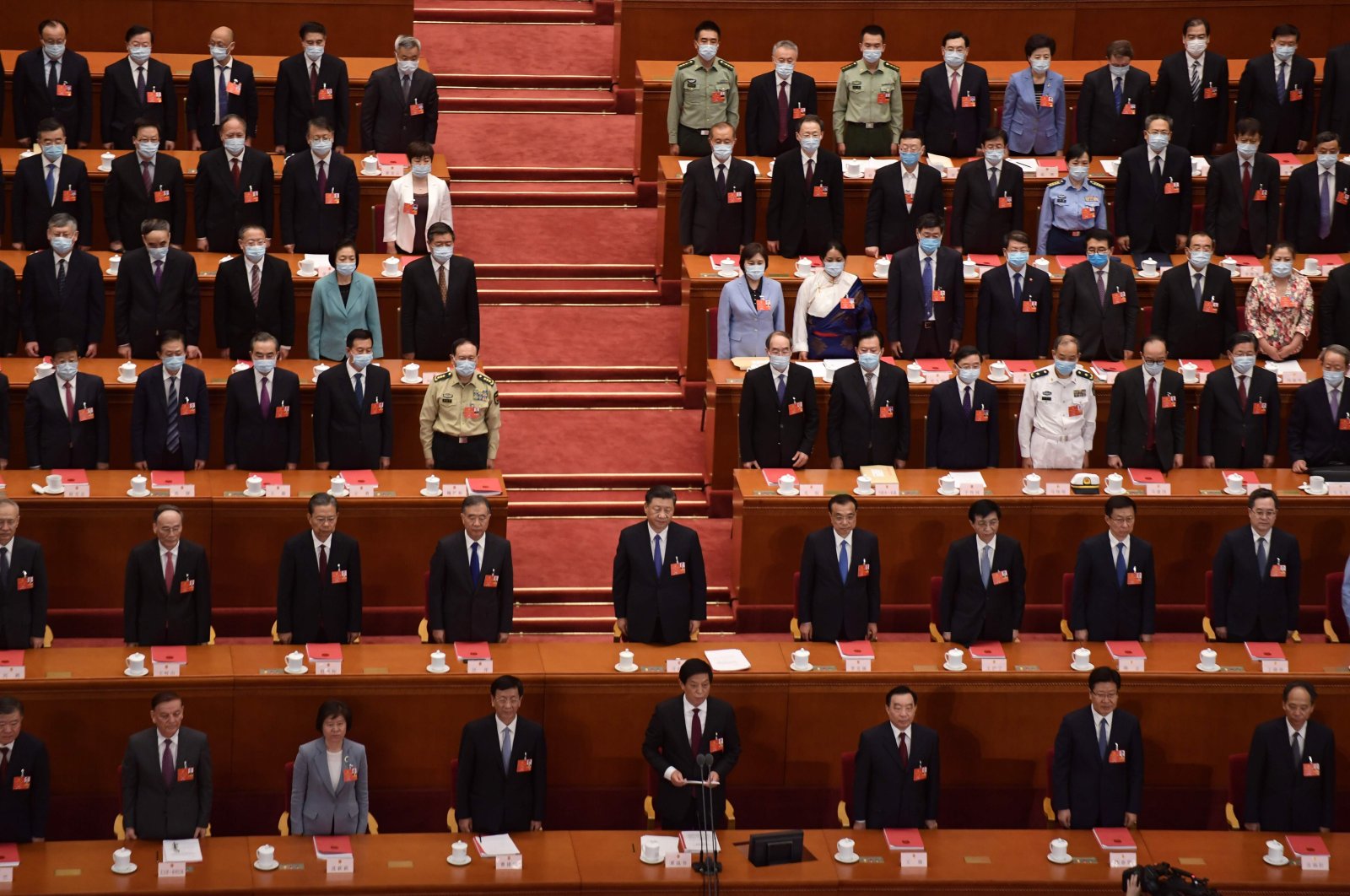 Chinese President Xi Jinping (C) stands with other Chinese leaders at the end of the closing session of the National People's Congress at the Great Hall of the People, Beijing, May 28, 2020. (AFP Photo)
by Compiled from Wire Services May 28, 2020 1:12 pm
RECOMMENDED

China's parliament on Thursday endorsed the controversial national security legislation for Hong Kong, in a move expected to spur protests in the financial hub and heightened tensions with the U.S.

The law is set to bypass Hong Kong's internal legislature to punish acts seen as endangering national security and subverting state power in the semi-autonomous Chinese territory. Beijing may also set up outposts of mainland agencies in Hong Kong to curb violent protests and what it describes as interference by foreign countries. The National People's Congress (NPC), China's parliament, passed a resolution clearing the way for the Standing Committee to create a national security law for the city. The bill passed with 2,878 votes for, one vote against and six abstentions.

In the last week, the announcement of the law has spurred renewed anger and protests in Hong Kong, a former British colony where people have enjoyed a degree of freedom not seen on the mainland. Critics and rights activists fear the law will be used to quash political dissent.

Beijing says it needed to act to ensure law and order, and prevent foreign interference, it accuses the city's protesters of having foreign backing. But Hong Kongers and several Western governments see the move as crushing the city's unique freedoms, and Washington has vowed to punish Beijing over it.

It is a historic moment with potentially far-reaching consequences for the finance hub, though much will depend on what President Donald Trump does next. The revocation of special status could radically rearrange the fortunes of a city that has served for decades as China's economic gateway to the world if targeted sanctions, tariffs, or trade restrictions are imposed. But it may also end up being little more than a symbolic move.

Washington's decision to revoke Hong Kong's special status over fears freedoms were slipping was "most barbaric," China's foreign ministry office in the financial hub said Thursday. "This is the most barbaric, the most unreasonable and the most shameless," the Commissioner's Office said in the first reaction from a Chinese government ministry.

The U.S.-China relationship, seen by many as the defining global power dynamic of the 21st century, is no stranger to confrontation and discord, but rarely has their rivalry played out on so many critical fronts as it is now.

From a bitter blame game over the coronavirus pandemic to renewed squabbles over trade and Taiwan, tensions between Washington and Beijing are running extremely high over a wide range of key issues, with growing international concern about the possible fallout.

During the tenure of President Trump, the two sides have already been at odds over many issues including trade, the treatment of telecoms giant Huawei, and most recently the origins of the global coronavirus outbreak.