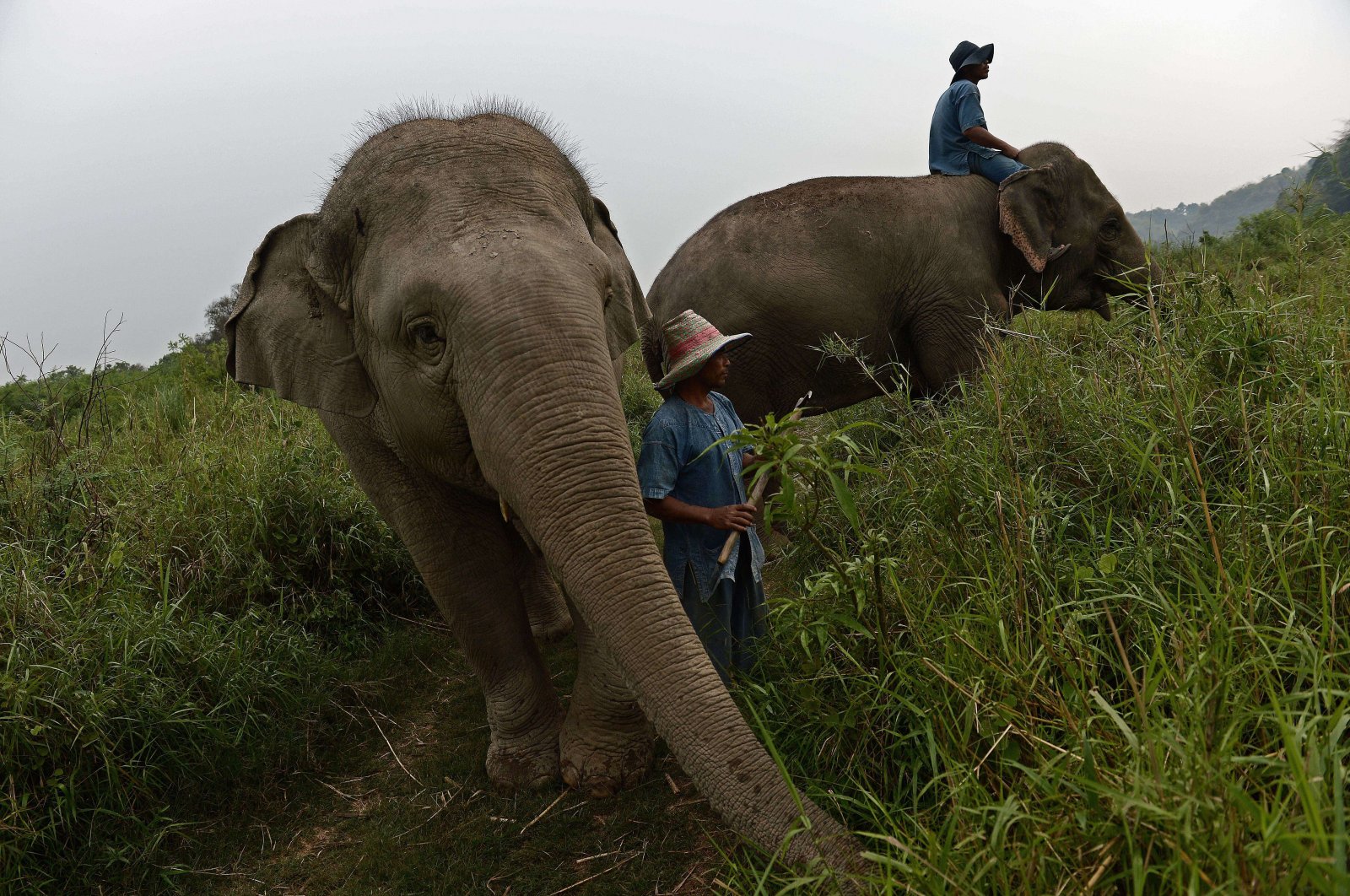 Mahouts riding elephants through a grassland at the luxury Anantara resort, home to the Golden Triangle Asian Elephant Foundation, in the Thai northern town of Chiang Saen, near the border with Myanmar and Laos, April 9, 2015. (AFP Photo)
by French Press Agency - AFP Apr 17, 2020 11:11 am
RECOMMENDED

A Thai farmer was trampled to death by an elephant foraging for food, a police officer said Friday, as the kingdom's controversial animal parks struggle to feed the giant mammals during the pandemic.

Chiang Mai – Thailand's northern tourist hub popular for its food, culture, and myriad animal parks promising the experience of a lifetime – has seen a massive drop in visitors since the coronavirus outbreak began.

Dozens of elephant camps, criticized by activists alleging cruelty and exploitation of the captive animals, were ordered to close by the government to stop the spread of the disease.

And with global travel paralyzed, campaigners are now worried the elephants will starve, as owners no longer have money to feed them, or be sold to illegal loggers near the Thailand-Myanmar border.

On Wednesday, an elephant belonging to a camp was foraging for food in a shallow river when it encountered a villager, said police captain Suchart Thippayawong.

"Because there are no tourists due to COVID-19, the elephant was kept near the river and it waded through it for food," Suchart told Agence France-Presse (AFP).

"The elephant killed a 69-year-old villager while he was watering his vegetables," he said.

No charges have been filed against the camp owner but police are still compiling evidence, he added.

There are an estimated 2,000 elephants used in Thailand's lucrative tourism sector. Activists say the animals are kept in abusive and stressful conditions, as they must be "broken" to be trained to perform tricks.