Thailand cancels state of emergency to cool down massive protests 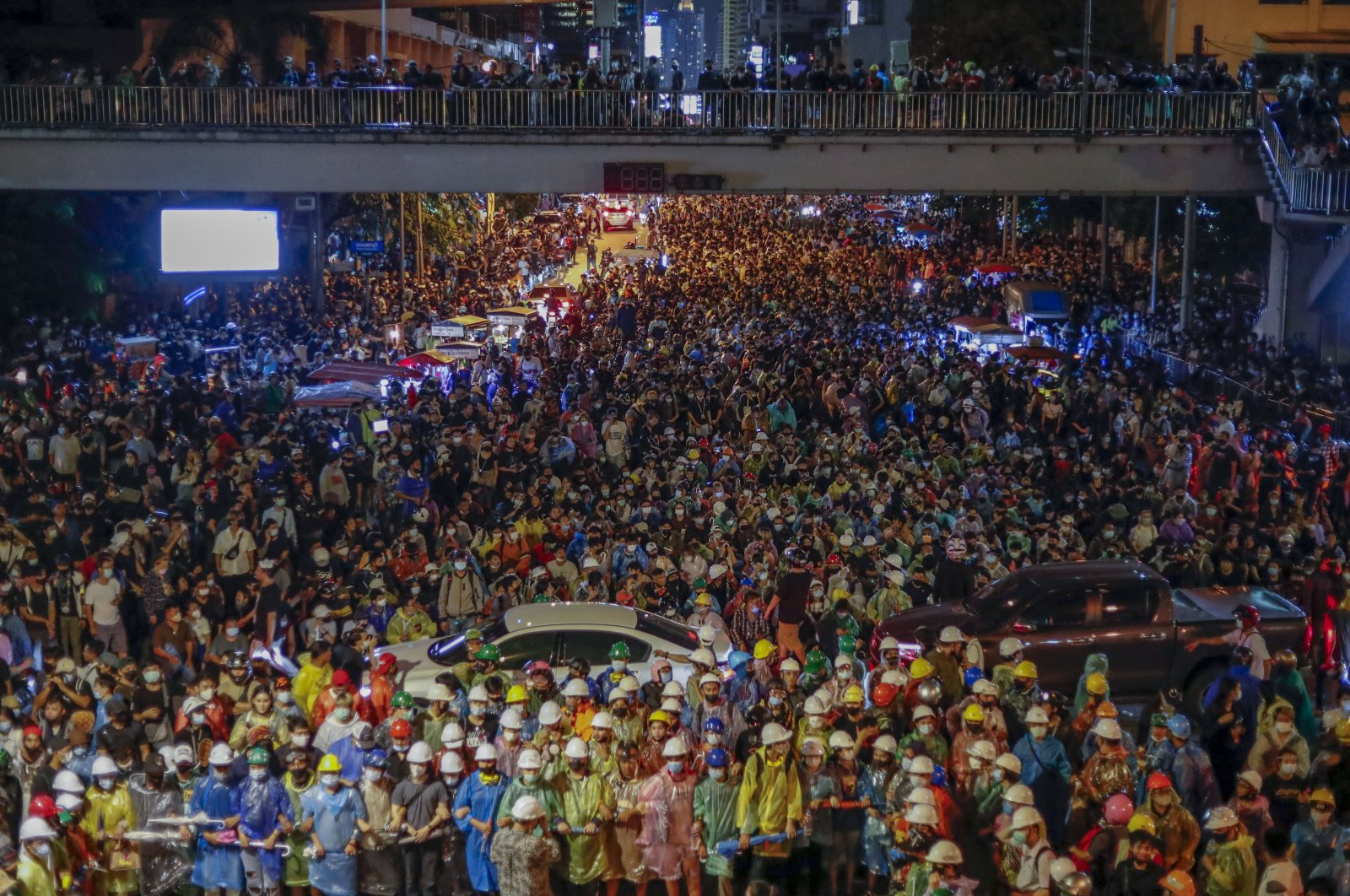 Pro-democracy activists march to the Government House, the prime minister's office during a protest march in Bangkok, Thailand, Oct. 21, 2020. (AP Photo)
by ASSOCIATED PRESS
Oct 22, 2020 10:03 am

Thailand’s government on Thursday canceled a state of emergency it had declared for Bangkok last week after the embattled prime minister suggested the gesture to cool massive student-led protests seeking democracy reforms.

The revocation of the emergency decree was published in the government gazette and took effect at noon Thursday.

As he was speaking, protesters marched near the Government House, his office, to demand he step down. They also asked for the release of their colleagues who were arrested in connection with earlier protests.

They said that if their demands were not met, they would return in three days.

The protesters are pressing for a more democratic constitution and reforms to the monarchy. The implicit criticism of the royal institution has stirred controversy because it traditionally has been treated as sacrosanct and a pillar of national identity.

Wednesday marked the eighth straight day of demonstrations by a movement that was launched in March. It went into a lull as Thailand dealt with a coronavirus outbreak and slowly revived in July. In the past week especially, protests have spread to other provinces.

The demonstrations have continued even though many top protest leaders have been detained and the state of emergency banned public gatherings of more than four people.

Prayuth, in the taped speech, pleaded with his countrymen to resolve their political differences through Parliament.

“The only way to a lasting solution for all sides that is fair for those on the streets as well as for the many millions who choose not to go on the streets is to discuss and resolve these differences through the parliamentary process,” he said, according to an official English-language text of his remarks.

The government on Tuesday approved a request to recall Parliament to deal with the political crisis in a special session from Monday to Wednesday.

“While I can listen to and acknowledge the demands of protesters, I cannot run the country based on protester or mob demands,” Prayuth said.

He ended his remarks with a plea: “Let us respect the law and parliamentary democracy and let our views be presented through our representatives in Parliament.”