Thailand denies industrial use of monkeys to harvest coconuts 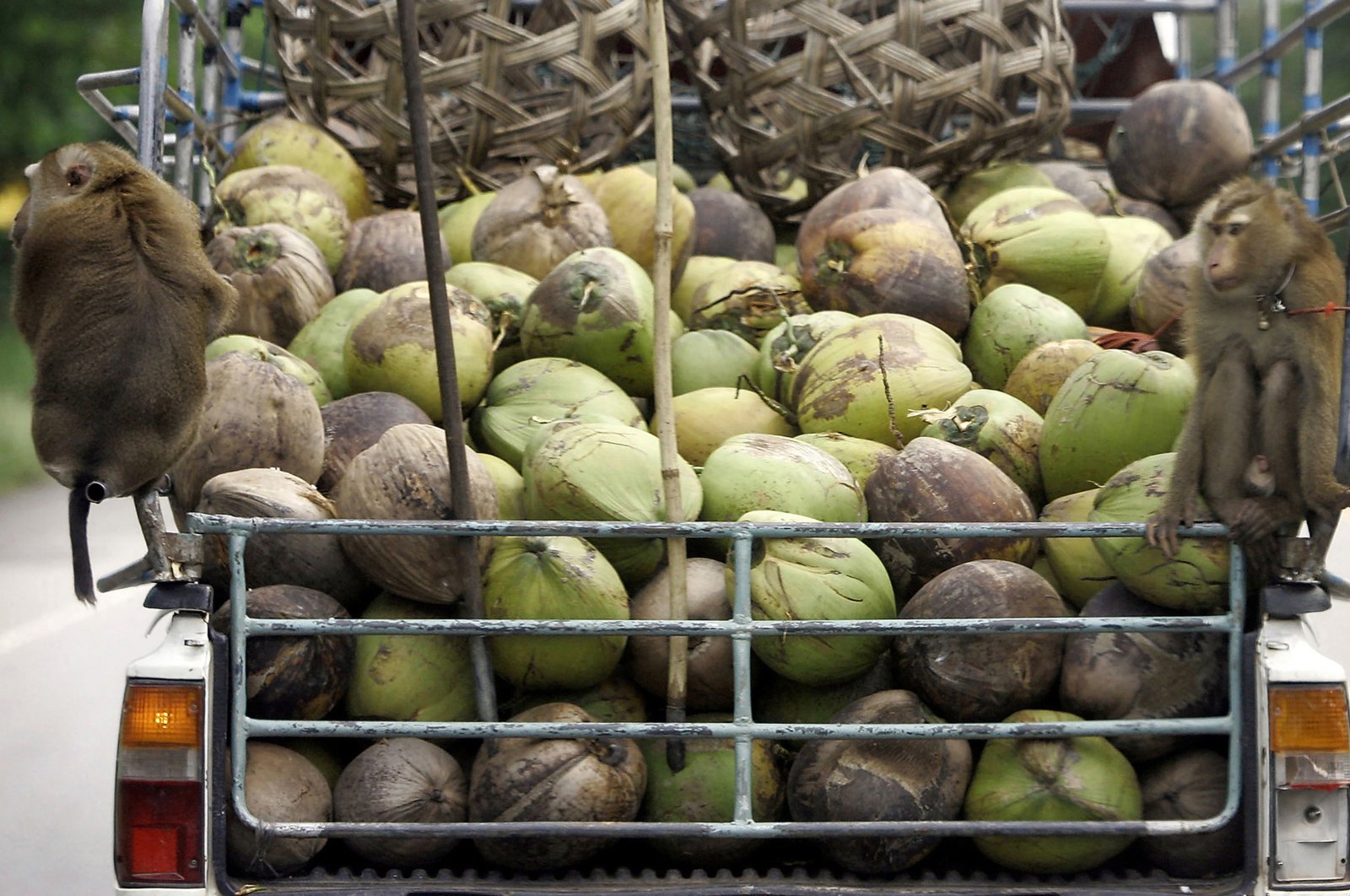 Monkeys ride on the back of a pickup truck loaded with coconuts after they collecting them from a plantation in Chumphon province, southern Thailand, Nov. 3, 2006. (AP Photo)
by ASSOCIATED PRESS Jul 07, 2020 11:08 am
RECOMMENDED

Thailand's coconut-picking monkeys, long a popular tourist attraction, have become a sensitive trade issue as British activists claim the animals are abused and push for a boycott of the nation's coconut products.

Thai Commerce Minister Jurin Laksanawisit rejected the allegations made by People for the Ethical Treatment of Animals and declared that coconut harvesting by monkeys is not a major part of the industry. He said the animals are mostly a tourist attraction and are not harmed.

Jurin said Monday that PETA’s campaign was affecting sales in Britain as well as other European countries.

Thailand exported 12.3 billion baht ($395 million) of coconut milk in 2019, including 2.2 billion baht ($71 million ) to the European Union and Britain, according to the government.

PETA said an undercover investigation of eight Thai farms found that monkeys are forced to gather as many as 1,000 coconuts a day and treated cruelly. It said its campaign has led several major retail outlets to remove products from companies alleged to use Thai coconuts harvested by monkeys.

The PETA campaign has drawn extra attention after it was publicly applauded by Carrie Symonds, the fiancee of British Prime Minister Boris Johnson.

"The government can lead the industry to operate humanely, with an animal-free method that the rest of the region has already adopted, or it can be responsible for the industry’s downfall, because the writing is on the wall,” he said in an emailed statement. "Increasing numbers of consumers are speaking with their wallets, and retailers are listening.”

Jurin said his ministry would hold a meeting Wednesday with coconut industry representatives and he would invite foreign diplomats to see for themselves how harvesting is carried out.

Somjai Saekow, a monkey trainer in the southern province of Surat Thani, told The Associated Press that although monkeys are still used for gathering coconuts, there is less demand for them.

"I still think monkeys are useful tools in picking coconuts," she said. "But I can tell you that things are changing.”

She said over the years shorter trees have been cultivated to facilitate picking coconuts by other methods.

She said most owners take good care of their monkeys and treat them just like pets, although there were sure to be some exceptions.

"We have to point out those commit the wrongs and correct them," she said. "But I truly believe that most people treat their monkeys right. And that’s the best way to do get them to work.”