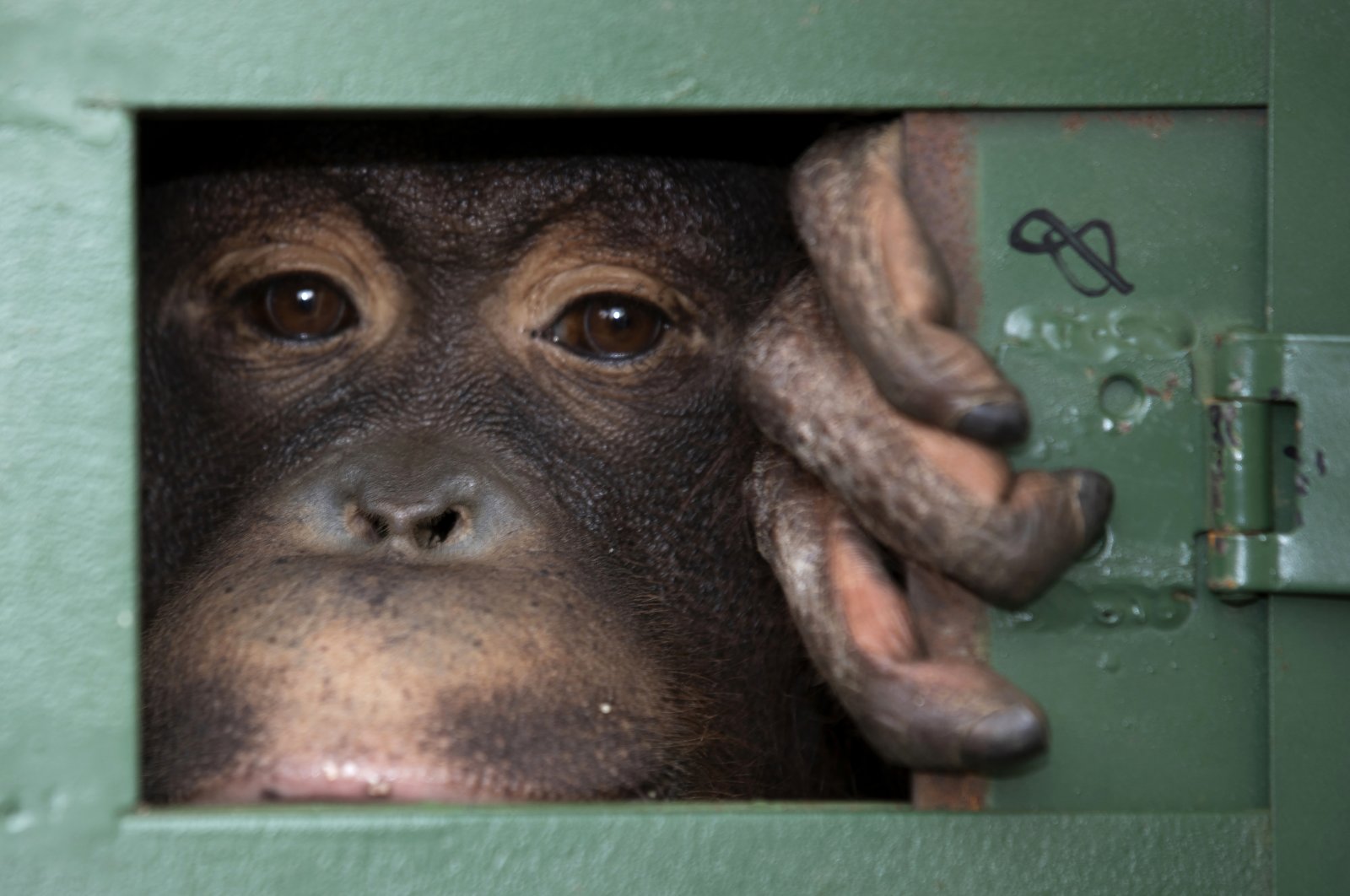 Cola, 10-year-old female orangutan, waits in a cage to be sent back to Indonesia at a Suvarnabhumi Airport in a collaborative effort to combat the illicit wildlife trade in Bangkok, Thailand, Dec. 20, 2019. (AP Photo)
by ASSOCIATED PRESS May 27, 2021 7:29 pm
RECOMMENDED

Thailand made a new move to help reduce the risk of future pandemics by curbing trade in wildlife, though it was unclear whether that would mean an end to all sales of exotic species in the wildlife trafficking hub, officials said Thursday.

Speaking in pre-recorded addresses, Silpa-archa and other officials said the pandemic has raised the urgency of shutting down the supply chain of wildlife and game meat that is thought to be a key factor in the spread of COVID-19, Ebola and other illnesses.

The motto for the campaign, he said, is, "Stop disease and extinctions: Never eat, buy, hunt or sell wildlife.”

Since the minister delivered his remarks remotely, it was not possible to ask if authorities plan to shutter markets that still sell a variety of exotic species, even in downtown Bangkok.

Some markets are closed, at least for now, as Thailand grapples with its worst wave of coronavirus outbreaks since the pandemic began. The first case outside of China surfaced in Bangkok, but the number of infections remained low until this April, when cases surged despite strict quarantines for people entering the country.

Officials, meanwhile, are turning their attention to preventing future crises linked to the spread of diseases such as COVID-19 that are believed to spread from animals to humans.

Thailand has one of the strongest enforcement regimes in the region, at least on paper.

The minimum fine for trafficking in protected species is $9,000, together with imprisonment of more than 10 years, Silpa-archa said at a seminar hosted by the anti-trafficking group Freeland at the Foreign Correspondents Club of Thailand.

At the same time, destruction of habitat is increasingly forcing animals and people into closer proximity. Poaching is a significant problem and demand for some species, especially in China, is a key factor driving the wildlife trade.

"It is vital to tackle the sales and consumption of high-risk wildlife as its supply chain is the source of the highest risk of zoonotic diseases. We need to stop the supply chain," the minister said. "The best way to end the illegal wildlife trade is to break its supply chain."

The coronavirus that causes COVID-19 is thought to have emerged from wild bats or other species, though the exact origins of the disease, which spread from the central Chinese city of Wuhan in early 2020, are a subject of intense debate.

In February 2020, the Chinese government announced a broad ban on the consumption of wild animals.

Last month, the World Health Organization issued guidelines that noted that well-run traditional style markets are safe but that problems arise when live animals, especially wild animals "that cannot be properly assessed for potential risks," are sold and slaughtered in areas open to the public.

Keeping such animals in cages and killing and dressing the meat in the same areas adds to the risk of contamination with flood, feces and other waste, it said.

"Such environments provide the opportunity for animal viruses, including coronaviruses, to amplify themselves and transmit to new hosts, including humans," WHO said.

Ending the wildlife trade is a vital step in preventing such crises, said Pimpavadee Phaholyothin, CEO of the World Wildlife Fund-Thailand.

"The rationale is really to protect human health because of the very high risk of spillover," she said.