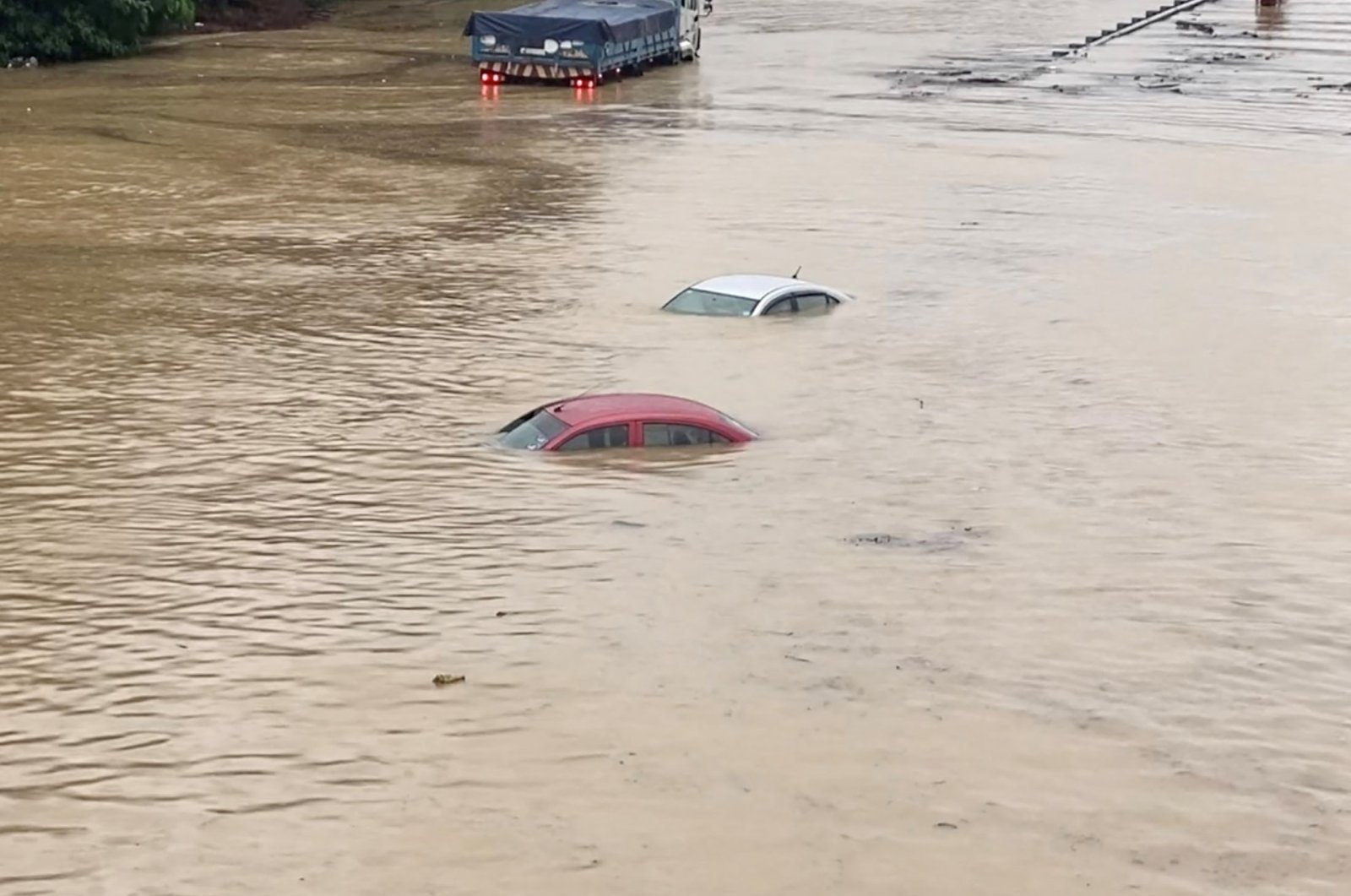 Flash floods after incessant rainfall since Friday morning in several parts of Malaysia have displaced thousands of people.

According to a government website tracking the flood developments, eight of the country's 16 states and federal territories saw water levels rising to dangerous levels.

Rainfall in the state had been more than double the previously highest recorded level, and flood levels had reached 4.5 meters (14 feet) in affected areas, Amirudin said, without mentioning when the previous record had been set.

He said 46 relief centers were in operation and victims would undergo free and regular COVID-19 screening.

Ashraf Noor Azam, a 26-year-old resident from the district of Shah Alam, said he had not expected the situation to be so serious and had been forced to leave his car on the side of a highway.

“After four hours stranded without help, and the flood isn't getting better, we decided to walk in the flood,” he said in a tweet with a video showing three people walking from a toll booth.

The meteorological department warned that heavy rain in Selangor and several states would continue until Sunday.