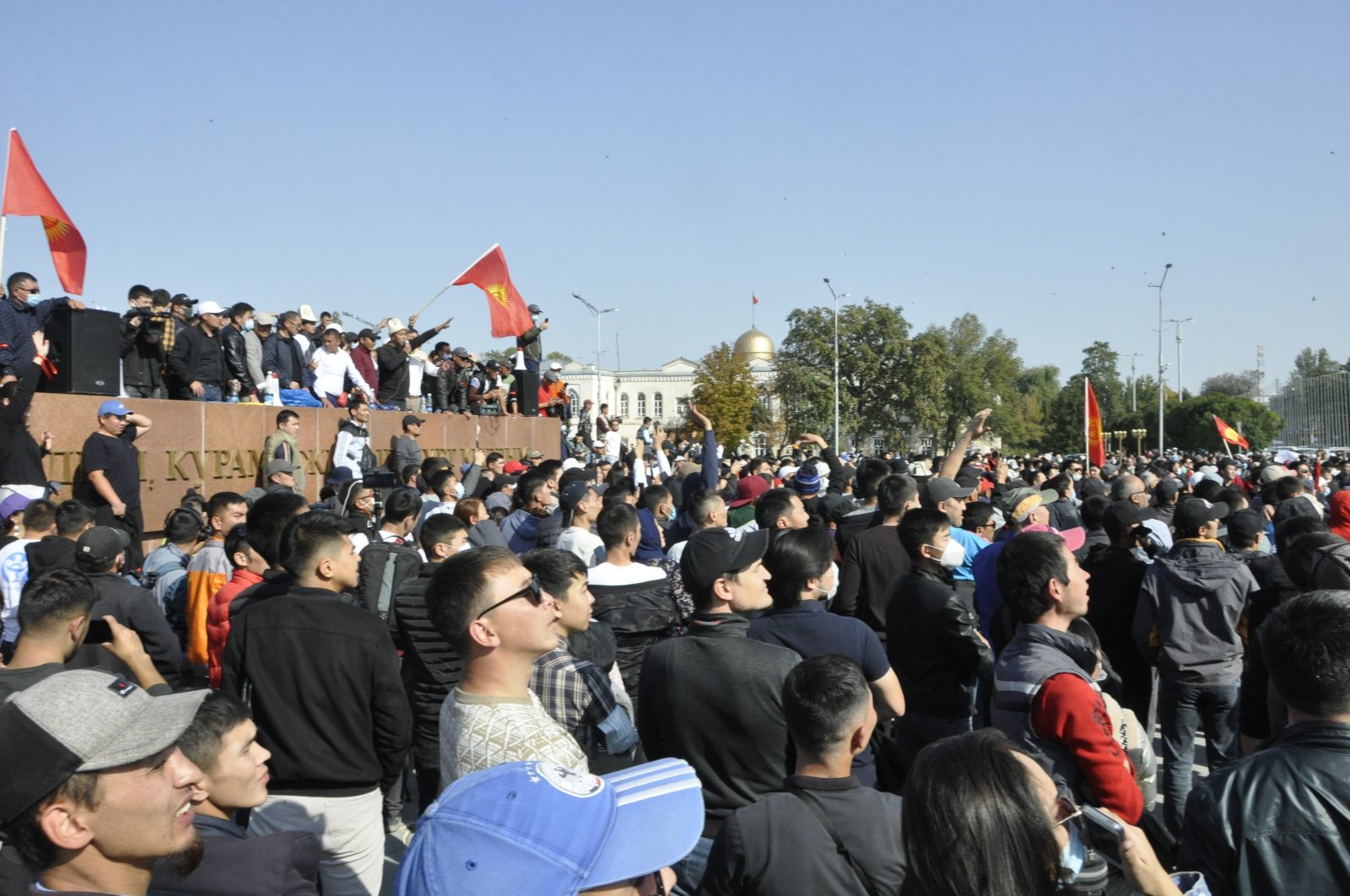 Thousands rallied in Kyrgyzstan's capital Bishkek Monday to protest the results of a parliamentary ballot that international monitors said was tainted by "credible allegations of vote-buying."

The vote was dominated by two parties close to President Sooronbai Jeenbekov, leaving two nationalist parties unlikely to win a single seat in parliament, according to preliminary results.

The main opposition candidate, Ryskeldi Mombekov said that the president promised to oversee honest elections but "he didn't keep his word."

His party, Ata Meken, had been confident of entering parliament but looked far off the 7% threshold needed for a seat.

Mombekov said "200 horsemen" – regular features of protests in the mountainous country – were en route from a village outside the capital.

The Ala-Too square in Bishkek has been the site of two revolutions that overthrew authoritarian presidents in 2005 and 2010, but the former Soviet country has enjoyed relative stability for the last decade.

Moscow's dominant strategic position in Kyrgyzstan – a landlocked country bordering China – was not seen as being under threat regardless of the outcome of the vote.

Russia has a military base in the country and is a destination for hundreds of thousands of Kyrgyz migrants.

Kyrgyzstan's dependence on China also appears likely to grow, with Jeenbekov recently asking Beijing to extend repayment periods for $1.8 billion owed to China's Exim bank – over 40% of the country's total external debt – to offset the economic pain of the coronavirus pandemic.

As the opposition crowd grew larger through Monday and called for Jeenbekov to resign, images on social media showed anti-riot vehicles pass close to Ala-Too square in an indication of a possible crackdown.

Thomas Boserup, head of the election observation mission organized by the Organization for Security and Co-operation in Europe, said in a briefing that the vote was "generally well-organized," but that vote-buying accusations were "a serious concern."

The leading parties were Birimdik and Mekenim Kyrgyzstan, two factions that favor deeper integration with Moscow's Eurasian Union trade bloc. They scooped a quarter of the vote each, according to the preliminary count.

Meanwhile, Turkey welcomed the peaceful holding of the parliamentary elections.

"We are pleased that the Parliamentary elections in Kyrgyz Republic were conducted successfully in a peaceful and tranquil atmosphere on 4 October 2020,” the Foreign Ministry said in a statement.

"We wish that the results of the Parliamentary elections would be propitious for the friendly and brotherly Kyrgyzstan,” read the statement.

"We believe that Government which is going to be formed following the elections will further contribute to the development of our bilateral relations and cooperation in all fields with our strategic partner Kyrgyzstan,” it added.