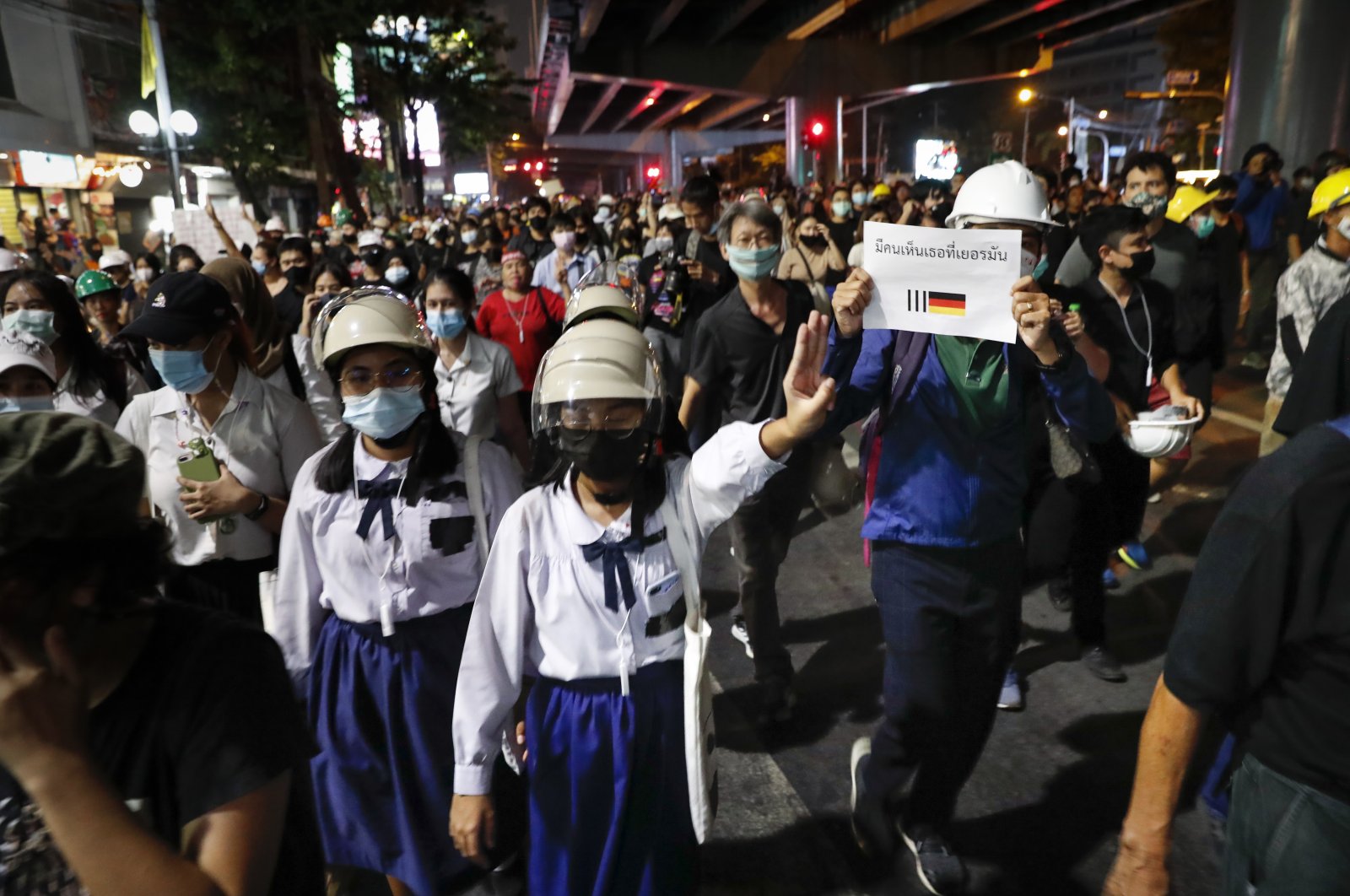 Thousands of protesters marched on the German embassy in Bangkok on Monday to ask for an investigation of the Thai king's activities during stays in Germany, as months of protests give rise to growing calls for reforms of the monarchy.

Germany has said it would be unacceptable for King Maha Vajiralongkorn to conduct politics in Germany and Foreign Minister Heiko Mass said the European country continued to look into his behavior during long sojourns in Bavaria.

Student-led protests that began by demanding the removal of Prime Minister Prayuth Chan-ocha, a former military ruler, have also become the biggest challenge in decades to a monarchy that the Thai constitution says must be revered.

"We have three demands – first that the PM must resign, second that we want a new constitution from the people, not the government, and third we want to reform the monarchy," said one 16-year-old student protester who declined to be named.

Criticizing the monarchy can mean a 15-year jail sentence in Thailand, but the protests have swept away the long-standing taboo on discussing it.

Protesters accuse the monarchy of helping to enable decades of domination by military rulers. They also complain about spending on the king's European visits at a time the coronavirus has hit the tourism-reliant economy hard.

The political crisis in Thailand has also made the king's presence a challenge for Germany.

"We are monitoring this long-term," German Foreign Minister Heiko Maas said. "It will have immediate consequences if there are things that we assess to be illegal."

In a special session of the Thai parliament to address the crisis, opponents of Prime Minister Prayuth urged him to stop using the monarchy to justify his hold on power and resign.

Members of the opposition Move Forward party accused Prayuth of trying to use the monarchy to keep power – particularly regarding an incident around a royal motorcade that was used to justify tough emergency measures on Oct. 15.

The emergency measures, now lifted, backfired when tens of thousands of people took to the streets.

Prayuth rejected a demand from protesters to step down and said last week it was his government's job to protect the monarchy.

"I’m confident that today, regardless of our different political views, everyone still loves the country," Prayuth said in his opening address.

Prayuth seized power in a 2014 coup and protesters accuse him of engineering last year's election to retain the army's grip on power. He says the election was fair.

Before the protesters marched on the embassy, a couple of dozen royalists assembled there, shouting: "Long live the king. We will protect him with our lives."